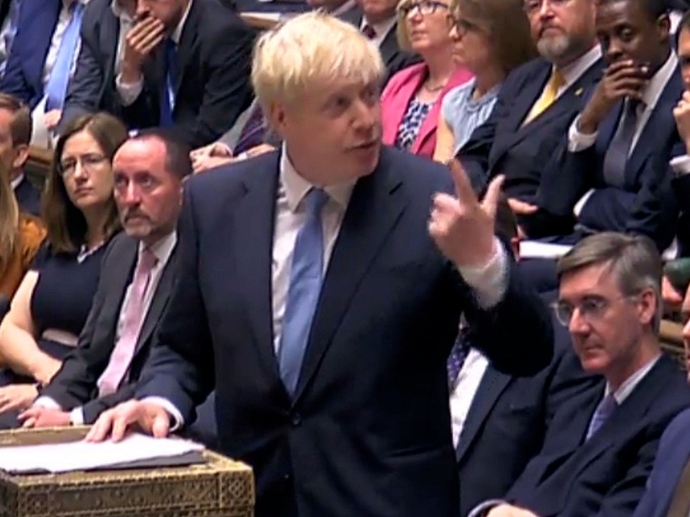 So much for being the UK version of Trump.

Trying so hard to appease the lefties.

In his first Commons statement, the new prime minister said advisers would work up plans for “an Australian-style points-based system”, declining to set any limit on migrants.

Honestly, this sounds like a step in a very good direction. Of course, that is going to depend on the actual parameters of the point system. But, if anything like Australia’s in how selective and strict it is, it could be a great benefit to your country.

Australia introduced this immigration system to ensure Australia’s continued economic growth by attracting professionals who poses skills and experience that will benefit the country. Not only does this system fill gaps in the Australian labour market, but research have time and again indicated that as many as eight new jobs flow from the appointment of one skilled migrant.

To qualify for any one of the range of Australian skilled visas applicants must undergo a points-based assessment. Points are awarded in a number of categories which are considered attractive qualities for migrants to Australia to have. The qualities, on which points are awarded to each applicant, are in line with the country’s growth and expansion plans and works towards a situation where migrants contribute in such a way as to eventually create more employment opportunities for locals while stimulating the Australian economy in a positive way. https://www.nwivisas.com/nwi-blog/australia/understanding-australias-points-based-immigration-system-for-skilled-professionals/

As an American, I think the UK is where we will be in the next 5 years or so. Sooner if Trump loses the 2020 election and doesn’t do anything to stop illegal immigration.

The UK needs to start waves of mass deportations. If they don’t they might as well not even bother with Brexit because there won’t be a UK left. 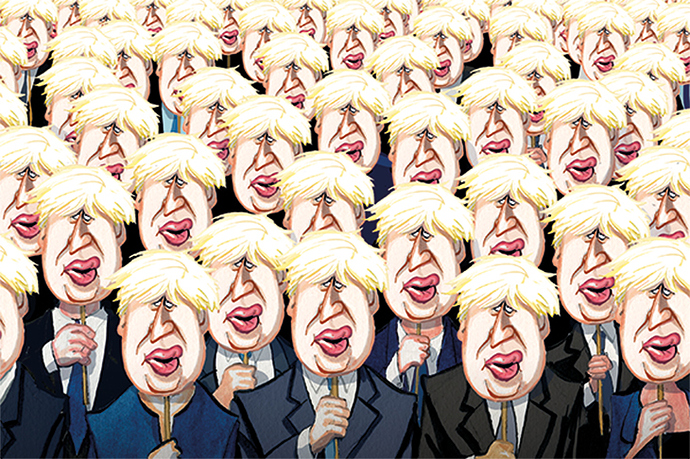 The first 100 days will make or break Boris | Spectator USA

Failure to meet his Brexit deadline could break Boris (and his party). But if he can get a deal with the EU in time, he will be master of all he surveys

Welcome to mass insanity in the UK.

Insanity has been here for a little while now

It’s because he knows that May failed spectacularly in her pledge to reduce immigration figures, so now there are so many undocumented immigrants it would be logistically impossible to repatriate them all . . . and that’s even if the authorities could find out where to repatriate them to? So what choice does he have other than to sanction the amnesty? It’s the same with his announcement yesterday to continue the HS2 project, because after all the compulsory purchasing so far along the proposed route would result in chaos by compensating those home owners who’ve been bought out, and probably street unrest because of the prodigious waste of public funds to date. I’m afraid he has his hands full.

Cue for a song - There may be trouble ahead?

Neither of them are fools. Eccentric yes, but not fools.

So much for being the UK version of Trump.

Many of us tried to point out the similarities are mostly purely superficial.

Trying so hard to appease the lefties.

Maybe we can send our illegals to Britain.

Welcome! And yes I do concur! I must consult with Herman before I have inaugurated my hurricane plan just to make sure he did not send Cap Ahab on a wild goose chase!

That could explain why May failed so spectacularly to ‘bring down the immigration figures from hundreds of thousands to tens of thousands’? And we thought it was because of her incompetence!

At least your immigrants don’t believe in witch-doctors and mutilating the genitalia of baby girls?