Oy vey, we just can’t hold any more invaders, we’ll just have to let them go free in our country!

So glad we voted for PRESIDENT-CENSORSHIP-RETARD-HANDS!!!

It isn’t our president who is limiting the number of beds available and it isn’t he that is encouraging the rush on the border.

If Trump had his way we’d have another 600 miles of barriers up by now.

The courts mandate the release of the illegals due to overcrowding, democrats won’t make money available to expand detention facilities so what is it you think Trump could be doing here to solve the problem?

If Trump had his way we’d have another 600 miles of barriers up by now.

Fact is, Trump should have declared a national emergency on the first day of his presidency when Republicans controlled the House, Senate, and White House and started getting the wall built then. He failed to do that and Republicans lost the House. He’s the head of the GOP. That was his loss. It was his failure of leadership to deliver the wall as promised. We wouldn’t have this problem right now if Trump had done what he said be was going to do:

None of that happened and he cucked more than once on the caravans. He failed - be honest.

We already have about 800 miles of barriers. A sea to shining sea wall is never going to happen nor is it necessary.

Trump cannot end BRC, that would require a constitutional amendment.

We need more barriers because they work

No question about that. They need to be built on a priority basis though concentrating on the high traffic areas first and foremost.

As the traffic shifts around existing barriers you then target the new high traffic zones.

Much of the southern border is so rugged and remote though it’s simply never going to be necessary to have a solid barrier along it’s entirety nor would we be able to maintain one due to such things as flash floods which are common The Desert SW.

Keep the Trump hate going even when it doesn’t apply.

We are told by the legal profession that nothing can be done to block bogus asylum-seekers from entering our country en masse, obtaining catch-and-release, and remaining here pending the outcome of a court decision that may be years in coming. But why is the DHS not at least deporting those who already went through this tedious process and have been ordered to be deported? Doing so would not only help eliminate public charge and potential gang members and drug runners for MS-13, it would deter the current and future wave waiting at the “conveyor belt” through Mexico from making the trip north.

According to new data obtained by the Immigration Reform Law Institute (IRLI) via a FOIA request, there are 644,488 illegal aliens remaining in our country who have already been served final deportation orders. And those are just from the top four countries of origin – El Salvador, Guatemala, Honduras, and Mexico. The IRLI shared much more data with CR. The total number of illegal aliens who remain in the country despite final deportation orders is 1,009,550.

In addition, there are roughly 1.1 million others from those four counties who have “pending final orders” and are close to receiving deportation orders. Those with pending final orders are usually individuals who have already been ordered deported by immigration judges but are appealing their case to the Bureau of Immigration Appeals (BIA), the appellate body of the DOJ’s administrative immigration courts.

That is a total of 1.7 million illegal aliens from Mexico and Central America with final or near-final orders of deportation. Those numbers are as of June 2018, right before the largest surge in Central Americans began over that summer and intensified in the fall of 2018 and winter of 2019. The total number of those ordered deported or with pending deportation orders for nationals of all countries of origin is 2.55 million.

Putting aside the debate over admissions at our front door, shouldn’t there be a comprehensive effort to empower and direct ICE to begin deporting as many of these people as possible?

The entire reason why Central Americans are now coming in record numbers is because they know that, even though their flawed asylum claims will ultimately be rejected, so long as they obtain entry and are released pending the court dates, they will not be deported. But there is nothing reasonable keeping us from carrying out deportation orders that have already been issued.

Removal isn’t typically immediate upon issuance of the final order.

There’s also a significant problem with locating them.

Once released into the population they frequently just disappear.

As I said, not even close.

Ten years from now this country is going to be different. If we keep offering free education free healthcare free food free housing, etc., they are going to keep on flowing in.

With 22 trillion and growing in debt, something will break before 10 years.

Shouldn’t be released. Should have been instantly deported. No exceptions.

But the assho, sorry asylum laws allow them to stay. Congress does nothing to change the law and slow the flow of illegals.

Most of them don’t give a fuck since it’s not their communities they flow into. 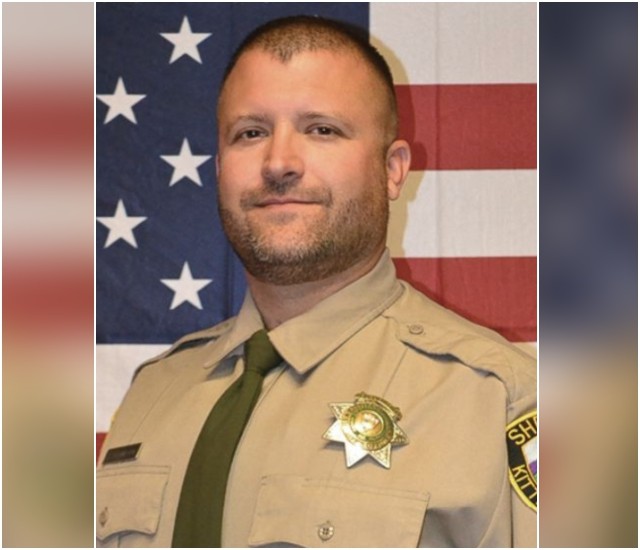 A Washington state police officer was killed after an illegal alien sent him and his partner on a police chase before opening fire.

America’s corrupt system of justice is becoming more dependent on whether or not there’s room in any of the jails for bad guys.

It’s a good time for a white guy to commit a murder and then be allowed to walk.

What a dick head thing to say.

Over 80% of the claims are rejected, the bigger problem is that that courts demand we let people enter illegally then apply for asylum. Congress can’t do much about the latter.

Basically it would require a Constitutional Amendment changing the 14th Amendment since that’s what the pro illegal judges use in affording the “right” to claim asylum to those who have already entered illegally.