BIGOTRY and RACISM....Is Either of Them SENSIBLE or Not?

Using the definitions shown here, can you support your argument on either side of this question?

I have been called a racist on a different forum for stating (for example) that:
I do NOT feel sorry for black people today who have had every opportunity that I had in the public education system.
I do NOT owe them retribution for their ancestors (none of which they personally know) who were slaves.

I do not feel I am a racist. Yet, others do.

What wisdom is depends on what the definition of is is.

Same goes for your other stupid questions!

I have no problem if someone want to advocate betterment of their people regardless of race, cultures, traditions, heritage etc…it’s their prerogative to do so. It doesn’t necessary mean they’re racist bigots either.

For me it’s refusal to go down the road that left is trying taken us…and it’s not just refusal going down there road but outright contempt for their agenda.

So maybe that makes me a political bigot…my own hatred I have towards them.

I think you’re all being a bunch of weenies. As my Grandmother used to say, “I don’t have a problem with black people. I think everyone should own a couple.”

Seriously though, better to be in their face and show their bigotry for what it is, rather than to censor it and just pretend it isn’t there. What does that accomplish? I mean outside of their little group, the idiocy is blatantly apparent. I think on the whole many have been doing a fine job of calling them out on their bullshit.

I’ll do business with anyone who has a product I want, but I just want everyone to stay off my lawn.

Nobody wants your stinking AstroTurf you cretin. 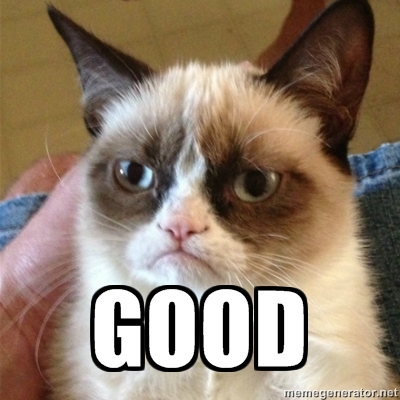 Equal opportunity hater…can’t find any bigotry in that.

You can’t focus on groups when you’re too busy pissing everyone off.

LOL the trick is to piss em all off equally.

Alright, asaratis. You threw down the gauntlet at me.

I brush your face with a white glove and challenge you to a duel at first dawn.

Right. But as a bonus then you just get called an asshole by everyone instead of a racist asshole by just a few people.

Same for me. I don’t buy it and I feel it is being forced down my throat. I don’t agree with it and I don’t like it one bit. Censorship is not what so many fought and died to protect. Freedom and Freedom of Speech is.

It’s not that hard. Just be yourself and eventually anyone will get pissed at you for something.

I agree. There is so much more to be gained through conversation than censorship.

Holy crap… I just snorted soup out of my nose. Could you possibly provide a warning if you are going to be that funny first?

…better to be in their face and show their bigotry for what it is then to censor it and pretend it isn’t there.

I agree with this, but I separate bigotry from racism. I believe there is no wisdom, prudence or benefit attached to racism. I believe that no race is superior to another in regard to human dignity and the value of lives…and I certainly find no benefit in exclaiming that any other race (or ethnicity) is inferior to mine.

The people are no less human than I. They just come from different cultures, with different histories and exposure to different environments throughout their histories.

Spear chunking tribes that still exist in rain forests have not been exposed to and still have no need of such things as crowded cities, telephones, highways, taxation to support big governments…blah, blah, blah. They live a simple life and likely have IQs that will never match those in developed nations, but they are still not inferior humans.

Bigotry, on the other hand is sometimes commendable. Had the Allies not been bigoted against the ideology of Hitler, there would not have been a victory.

Again, this is just an opinion. That’s what this thread is about…opinions.

Basically, IMHO racism is never sensible…bigotry can be, depending on the source of the intolerance.

Ain’t that the truth?

Damn! For a minute there I thought you hadn’t taken me seriously!