Yeah something that you acknowledged as a meme dumbass! So which is it shit for brains? You said I started or are you claiming to be a victim now? You fking hypocritical POS!

I am pretty sure that this was you who started it! Denying it only makes you a bigger scumbag than you already are! As well as altering two of my posts yesterday, which thankfully Rick was able to catch and show the moderators! 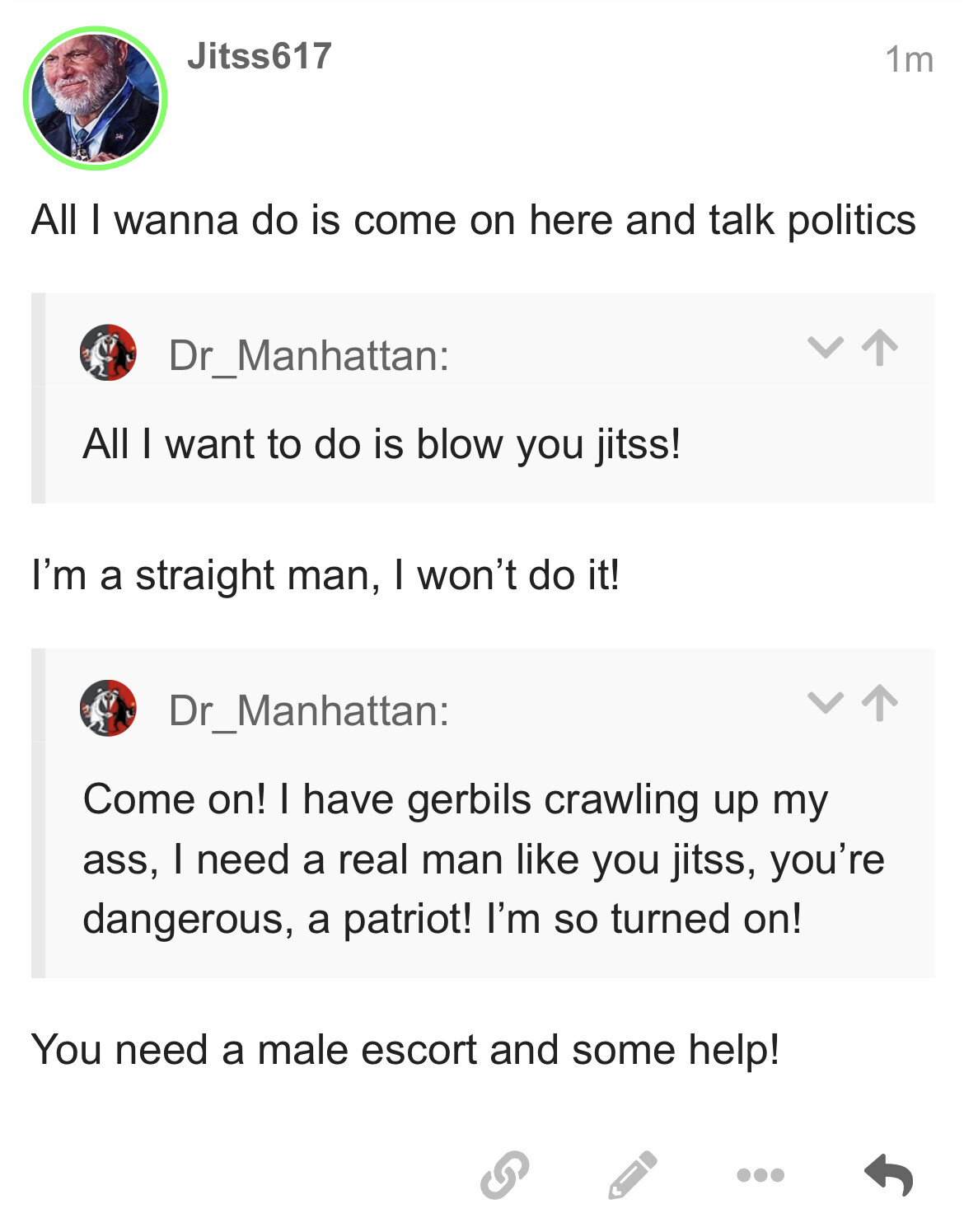 No I did not edit anything, I created a meme dumbass just like you did shit for brains, something that you started1 You hit me, I will hit you back! I don’t take shit from bitch ass losers like you!

I did not edit your post, the moderators also know that. So you should stop lying! You edited two of my post taglines by changing the titles to them, and they know it was you who did it! 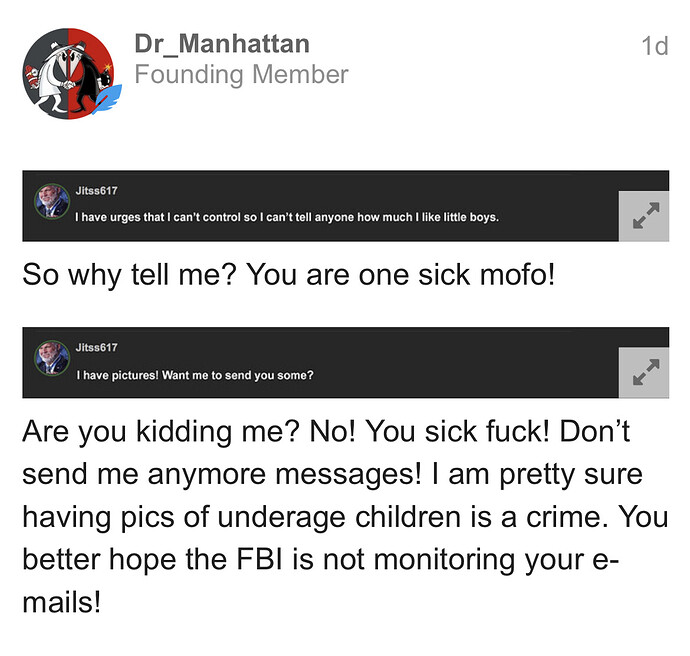 That is a meme ass wipe, not an edited post! Everybody who saw that know that as well, so you should stop embarrassing yourself!

Keep your motherfucking mouth shut before the FBI raid your fcuking Home, and
Take your pension away 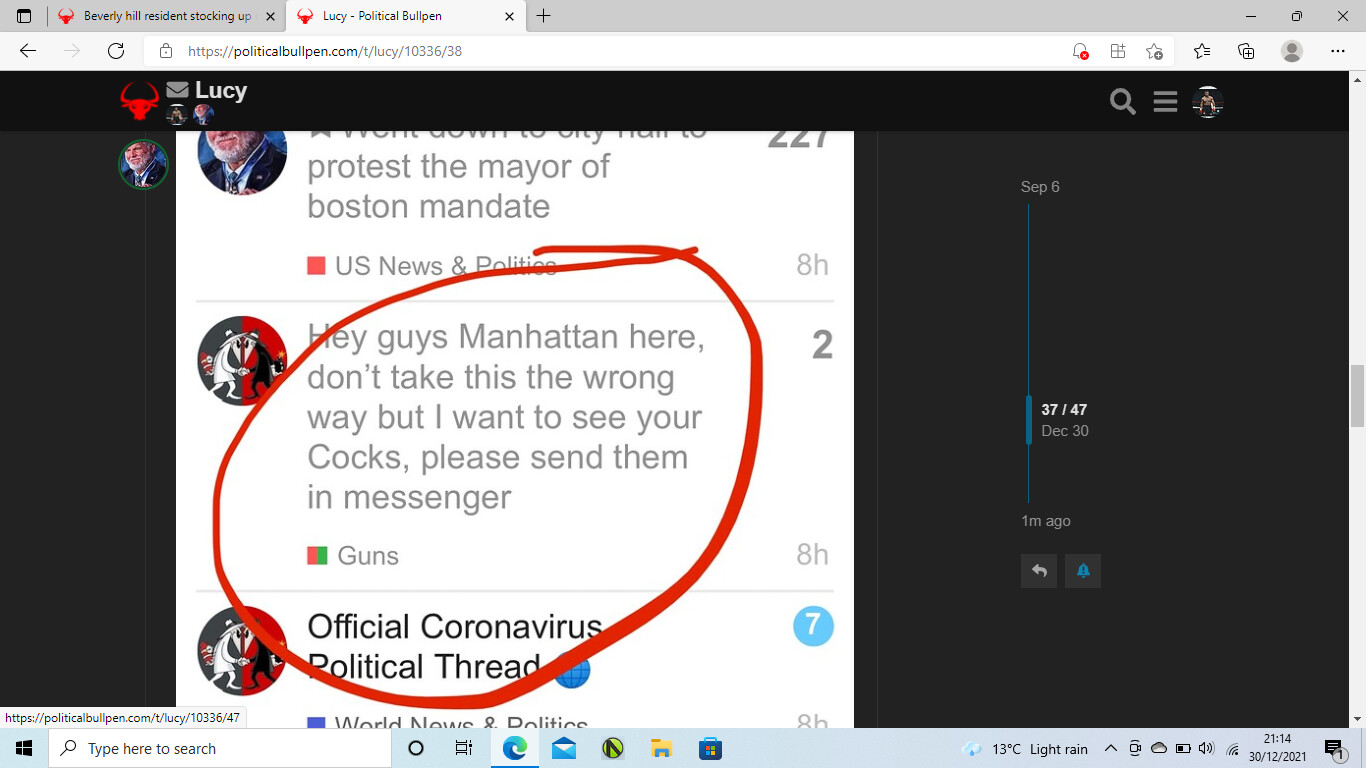 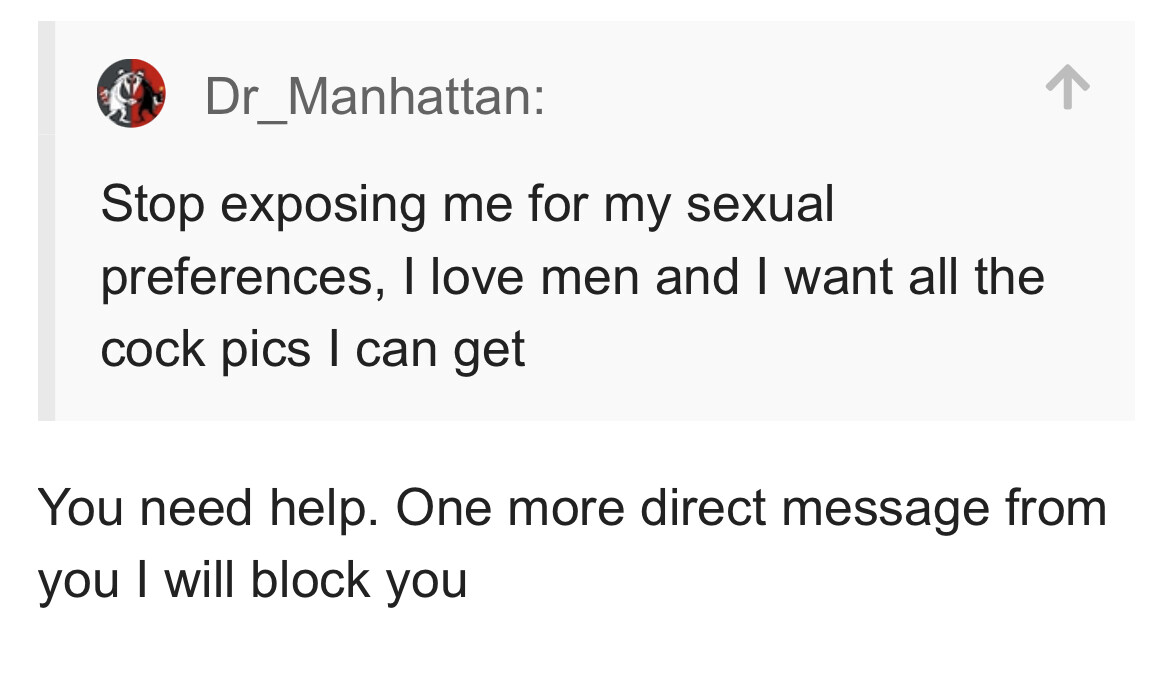 Go for it shit you fking retard! You talk out of your ass as always, but you ain’t doing shit because you are a little punk ass bitch!

You know what I don’t give a fuck! Its obvious that you are low life racist scumbag here and nothing is going to change that! You change any more of my post and it will be the last thing you wish you had never done! Now go fuck off you piece of shit, I don’t don’t want anything to do with you anymore!

Did you type this? Yes or no? 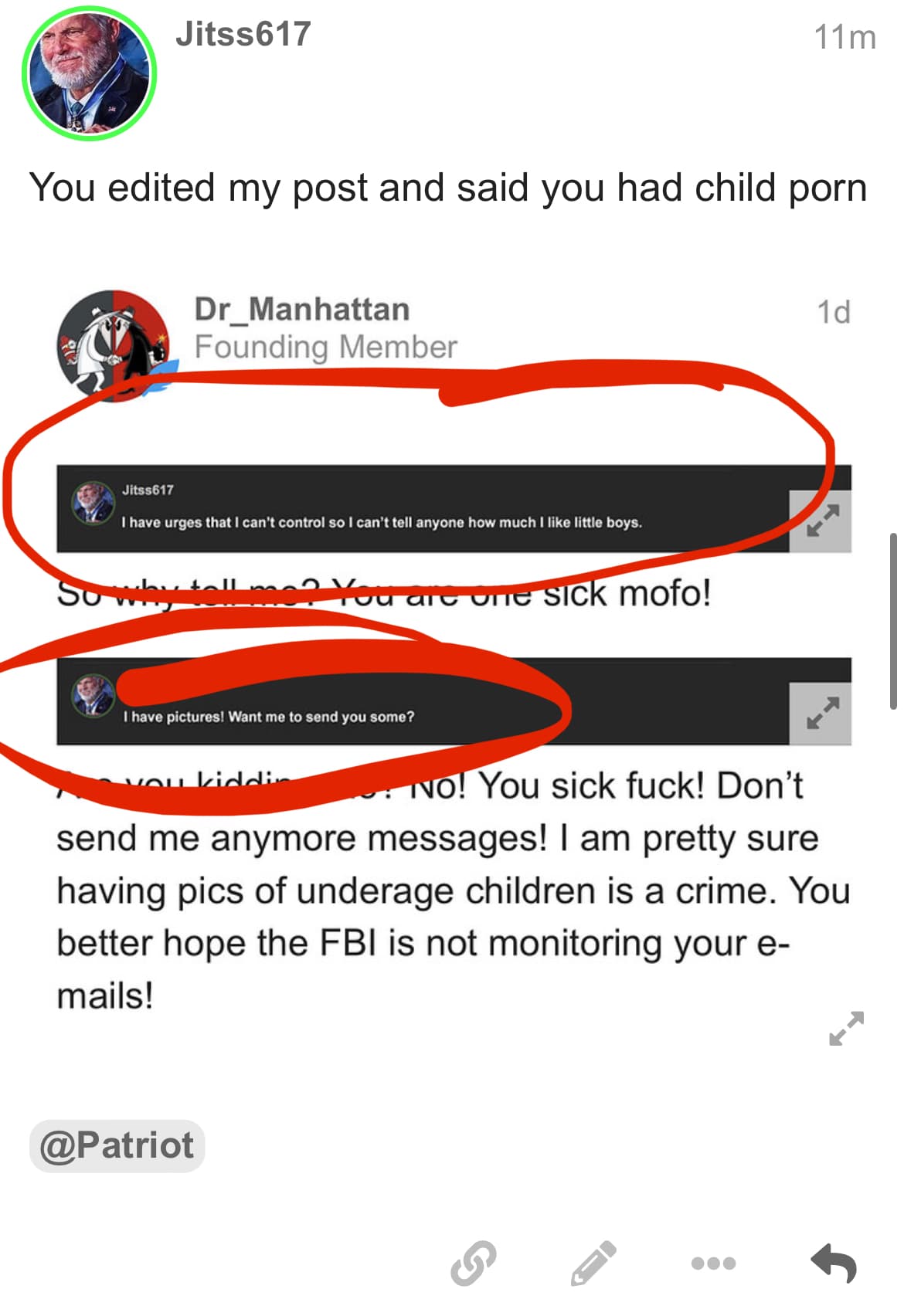 Did you type this? It was you who started it dumbass. Or are you going to lie about that too?

Someone knows they are in deep shit. Or are you just open to Child pedophilia?

Yeah OK! Like always you just talking out of your ass again! You know nothing about me. I can find you easily and out identity if you want! 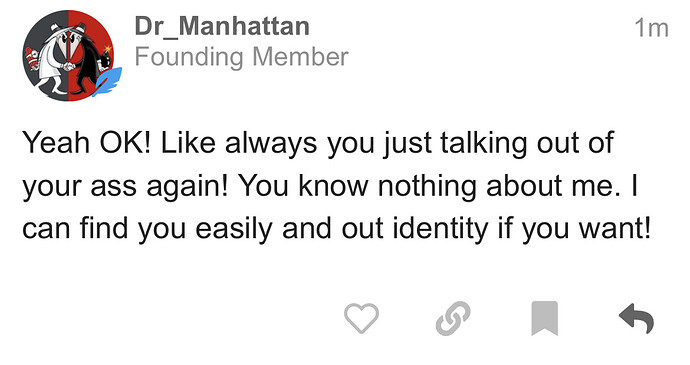 Yep the rules! Because they know what is the truth and that you are a lying POS. Pretty simple. Please, please file a report on me Jizzwizz! Call the FBI, please! I would love nothing more than you calling the FBI and filing a report on me! Please do it and STOP TALKING SHIT AND MAKING OPEN THREATS! ACTUALLY DO IT!