Beto O’Rourke speaks in Waterloo, IA: “Perhaps most importantly, because the future of the human race literally depends on it, this window of twelve years within which we have to act to confront the crisis of climate change – it is on us.”

He is trying to frighten voters into getting rid of Trump’s policies and letting the left impose hundreds of regulations to “save the world”.

The stupid people don’t get it.

We are nothing compared to the rest of the world.

We can do everything and sacrifice our economy, they do nothing and the results are we toasted our economy and they laugh their asses off all the way to the bank.

We have nothing to offer but fear itself,

You guys know O’dork married a billionaire heiress?
He’s itching to burn some of that money.
I’m sure somebody itching to take it away too.

Yeah, the difference is… everywhere on the globe where you “thinkers” have been in control there is abject misery, totalitarian brute force control, economic collapse and a literal “hell on earth” contrived and created scenario. So much for liberal/leftist ““thought””.

Somehow they manage to call all of that pain and suffering…progress. What’s even crazier is they got a lot of people to believe it. 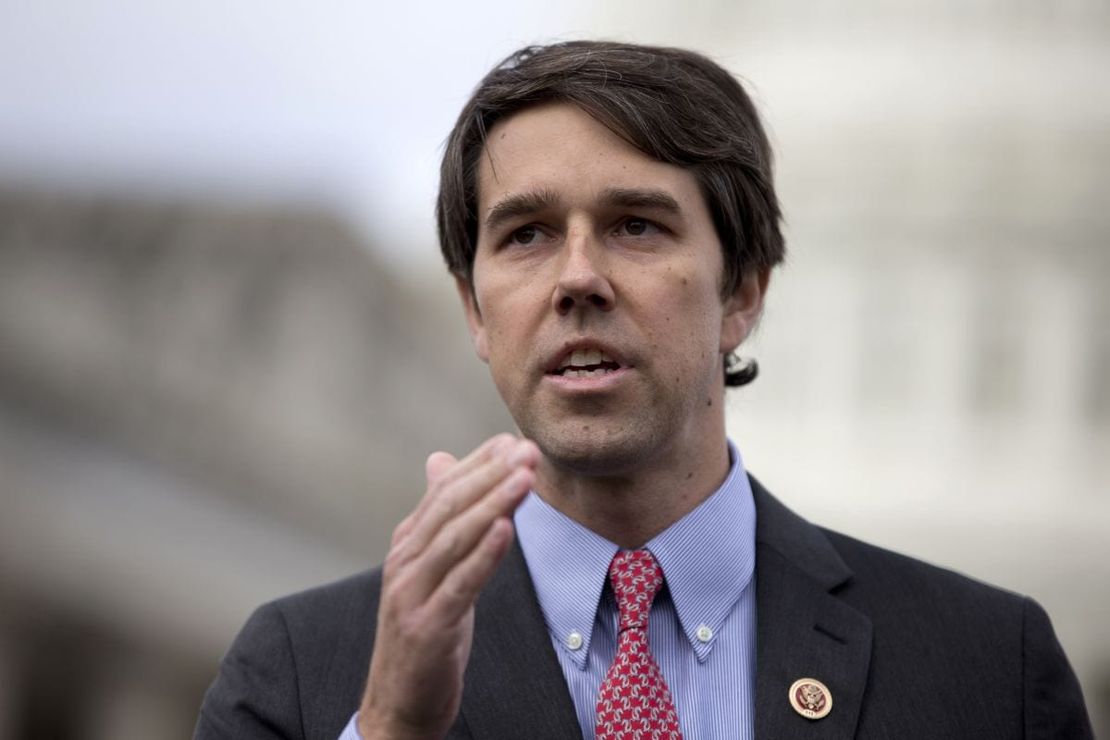 Not ready for prime time?

The Justice Democrats have recruited young, fairly attractive leftists to appeal to the younger generation voters, and It’s working. Just take a look at the lineup of recruits they already have to offer… all recruited for their leftist ideology first and foremost…

You mean you have corrupt criminals and a corrupt media that has been sitting on the hacker story for 2 years. Just another corrupt democrat

Francis “Beto” O’Rourke : Finally a Democrat who can erase a Smartphone rather than smash it with a hammer!

This is too funny, so the left has the “thinkers” like whom?
Thom hartmann, Rachel Maddow, Beto O’rourke, AOC??? please tell

Why is Hannity, Limbaugh and Ted Nugent considered a right wing thinker? they are radio jocks and a musician

please enlighten us with who are the “thinkers” that graces the left??

BREAKING: Reuters had evidence in 2017 that Texas Democrat Beto O’Rourke may have committed multiple felonies, which Beto O’Rourke later confirmed on the record, but Reuters withheld the story for over a year despite Beto’s run for Senate.

The Reuters reporter behind the story admitted yesterday that he deliberately withheld the story until after Beto O’Rourke’s run for Senate.

That’s the left-wing intellectual thinking process he was talking about as they were coming up with best course of action.

Beto O’Rourke is a real dork! He will not make it through the first primary debate.

Yeah that is if the elections won’t be rigged. The problem with that argument, is all the Bernie Sanders supporters are starting to coalesce around him much like they did Obama. My warning in all of this is to not sleep on anyone even if they are as crazy as O’Rourke!

Beto O’Rourke is a real dork! He will not make it through the first primary debate.

Problem is he is just like the rest of those far left democrats running. The Party of JFK is long gone

I sometimes think the Party of McGovern isn’t Left wing enough for these nitwits. They might think he was right of center the way they do of the Clintons.

So the mainstream media was sitting on a story and covering for a candidate because they favored him. Doesn’t that make them a part of the political process? I am pretty sure that’s illegal.