Bernie Sanders Running for President in 2020

A little reminder about Bernie Sanders who announced himself as a candidate for president today. Bernie got kicked out of a hippie commune when he was young because he wouldn’t do his fair share of the work. The other hippies complained that all he wanted to do was run his mouth.

Bernie Sanders also praised socialist leaders in Venezuela for doing a good thing by bringing socialism to that country, and we’ve all seen what has happened. Socialism has literally destroyed the once great capitalist country of Venezuela! Bernie Sanders is a blithering idiot that‘s never worked in his life. In many ways he’s just like Obama all he’s ever done is flap his gums!

The Vermont senator, 77, enters a very different Democratic primary contest than the one he faced in 2016 versus Hillary Clinton.

Bernie Sanders used to claim that capitalists were wrong to use the existence of bread lines in socialist countries against socialism.

Because, you see, in non-socialist countries, there are no bread lines – but that’s only because the rich people just get all the bread, and the poor people just die of starvation.

No really – he said that. A while ago, but his politics have not changed. Once a Red, always a Red.

Bernie will not even be the candidate. He’s a loser, and the Dems are not gonna pick him.

The 2020 Platform of Bernie Sanders

I’m Bernie Sanders. Elect me. I love Negros. And giving them tons of free stuff. Well, not really free, because you stupid white folks will be paying for it.

Better ask the super delegates about that.

It would be good if Bernie gets the Democrat nomination. Then we would have the epitome of Socialism running against the epitome of Capitalism…a millionaire socialist against a billionaire capitalist.

I’m wondering just what successful socialist country Bernie could use as his model.

Maybe he should just stick with “free everything for everybody”. That usually works with the useful idiots who demand “money for nothin’ and chicks for free”!

Because, you see, in non-socialist countries, there are no bread lines – but that’s only because…

in socialist countries…there’s no bread! 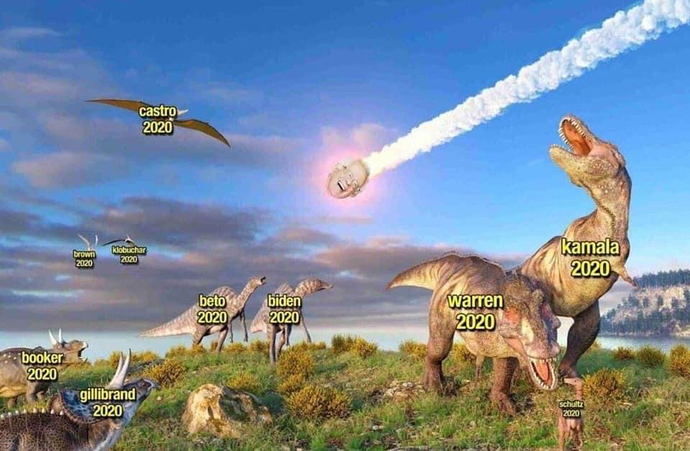 I don’t’ know how someone can vote for such a blatant shameless hypocrite.

Bernie doesn’t realize that this isn’t 2016. He’s not the only crazy Socialist running, and he is an “old White Guy”. The Left hate them. This is the Democrat Party of Kamala “sleep her way to the top” Harris.

Bernie Sanders will probably win the election. He’s covering all of his bases and getting the intersectionals on his side early.

The fact that Trump has failed miserably on delivering his biggest campaign promise is a nail in the coffin. Border crossings are way up. Still no wall. The spending bill he signed was the stuff that left wing dreams are made of. Mueller is still investigating. Hillary Clinton is still walking around free, and so are her FBI collaborators. The VA is still fucked up, so all of that pandering to veterans has done nothing but land one of Trump’s pals from Mar-A-Lago a top spot within the VA. Plus - I am expecting the student loan debt bubble to burst just in time for the 2020 election.

Bernie is going to come out offering to eliminate student loan debt, make college free, and offer free healthcare to everyone. It doesn’t matter that there isn’t enough money to pay for all of that, what matters is the voters tried the Trump approach and it hasn’t delivered the expected results.

I’m not a Bernie supporter, I’m just calling it like I see it. Trump had the opportunity to put this country back on track and he hasn’t done so - at least not to the levels that he promised in 2016.

Bernie Sanders will probably win the election. He’s covering all of his bases and getting the intersectionals on his side early.

The media seems to be all in for Kamala Harris. If anyting Bernie get snubbed by the DNC again and runs as an independent. That would guarantee Trump 2020 and would be a fitting revenge on the DNC.

I don’t know that I want Trump for 2020 because he has sold us out but if there is no other option who is serious about MAGA, then I think that’s how it will play out.

Don’t say this. Please. For the love of all things good in this world, don’t say that dingbat is going to win anything even remotely connected to the 2020 election. If he gets into office we are done for. He will tax us all out of existence. Socialists HATE letting people make their own choices with their earnings. Every dollar you get to keep is a dollar that a socialist can’t spend on their pet causes and schemes…while claiming they represent you.

Since the beginning of time homosexuals have performed unnatural sex that has never produced children but has spread epidemics of deadly social and physical diseases. This is not a conservative issue that Trump should be promoting on our behalf.

Name one of the candidates so far that ISN’T a loser? LOL

I so love the debates with he and Hillary… here’s my favorite. No comments on the fact that Bernie Sanders is 77 years old? I don’t want an inexperienced young man in office but I don’t want a crusty old unemployable geezer either.

Bernie won’t win. The Dems screwed him in 2016 and yet he’s running as a Democrat. Again. That right there should tell you how much of a fraud the guy is… 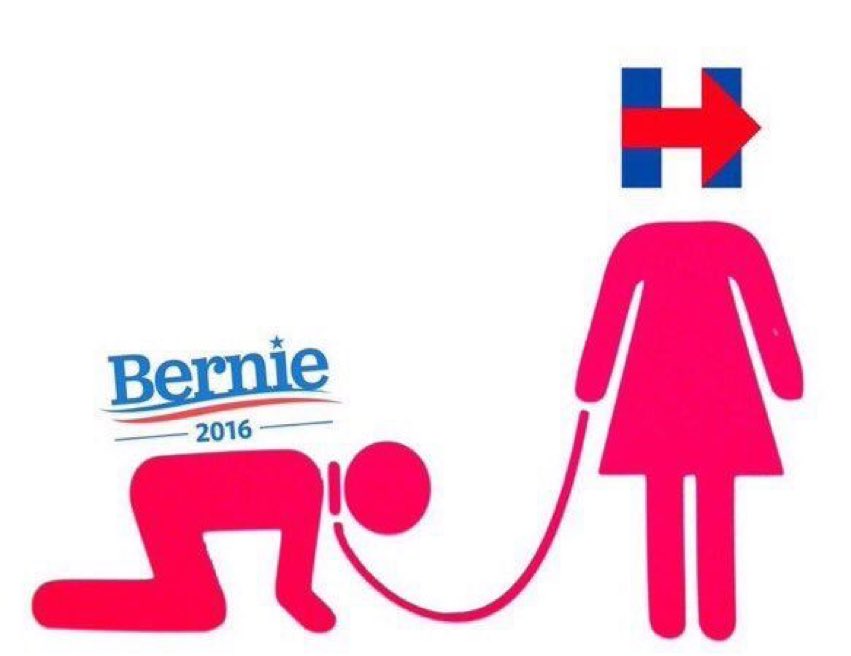