Ben Shapiro - What Do You Think?

I’ve been listening to him some. He slammed both Trump and Clinton during the campaign. He’s really intelligent. I think he’s a true conservative.

I’d vote for him for something.

Ben Shapiro is in it for himself and never supported President Trump’s vision for America including securing the border, ending birth right citizenship, and updating our failed immigration laws when it comes to both legal and illegal immigration. People really do need to walk away from their televisions and think for themselves. We don’t need anyone like Ben Shapiro to tell us what’s important.

Thanks for your opinion. I really appreciate it.

The only thing that I can say good about Ben Shapiro is his sister has a great set of cans.

Ben Shapiro strikes me as very hypocritical, acting like white identity politics is the worst thing ever and condemning fairly moderate civic nationalists as Trump and Milo for allegedly engaging in this sin, while rabidly supporting his own ■■■■■■ ethnostate - Israel.

He also strikes me as one of those people eager to “police” the right, which means constantly attacking “far-right” and “white nationalist” elements (even when it is isn’t really there, again, see the case of Milo, a half-■■■■■■ gay man in an interracial relationship - Shapiro readily deemed him alt-right/white nationalist nonetheless).

I consider this kind of “policing”, even assuming Shapiro isn’t doing it purely as an act of ■■■■■■ self-interest, to be a very bad thing - one of the reason that the left has been ascendant these last decades is that Right wingers keep punching right, keep marginalizing and attacking “extremists” on its own side, while actual left-wing extremists keep being celebrated, or at least effectively used as shock troops, by the left.

He talks too fast. About five minutes is all I can stand…regardless of what he’s talking about.

Thanks. Can you give an example please?

He does talk extremely rapidly.

Reminder that Ben Shapiro wrote this in 2005, finished law school in 2007, then sat out the entire war safely stateside, using his rich father’s connections to move up in the media sphere, while white gentile southerners fought and died in the war he wanted.

Millennial non-whites in the US put race/ethnicity way ahead of ideology or (American) nationality. Color-doesn’t-matter-ideology-does Ben Shapiro wept and civic nationalism died. 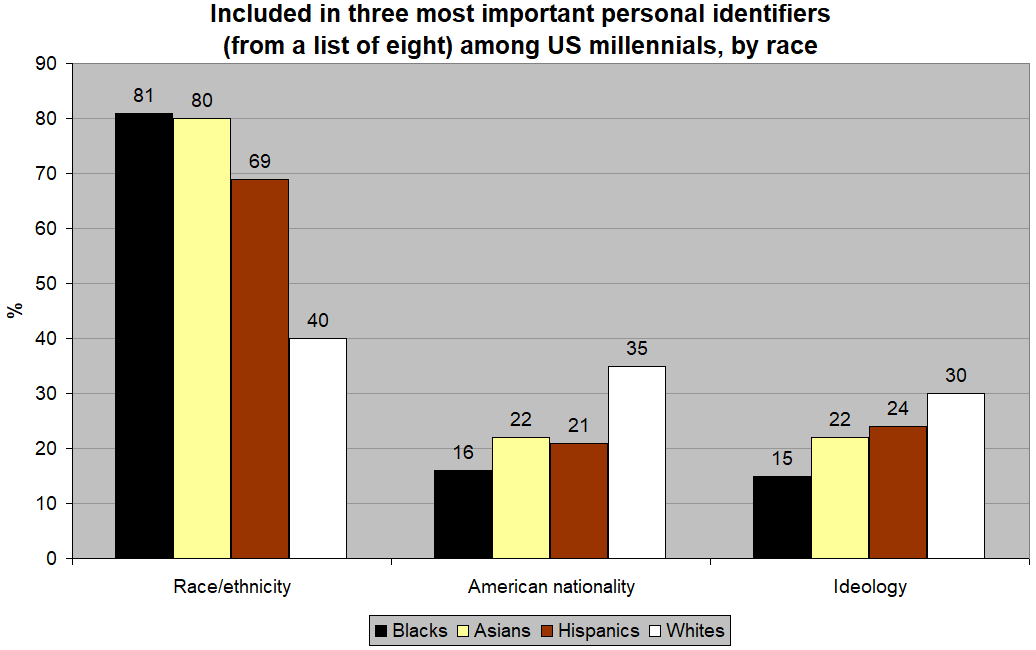 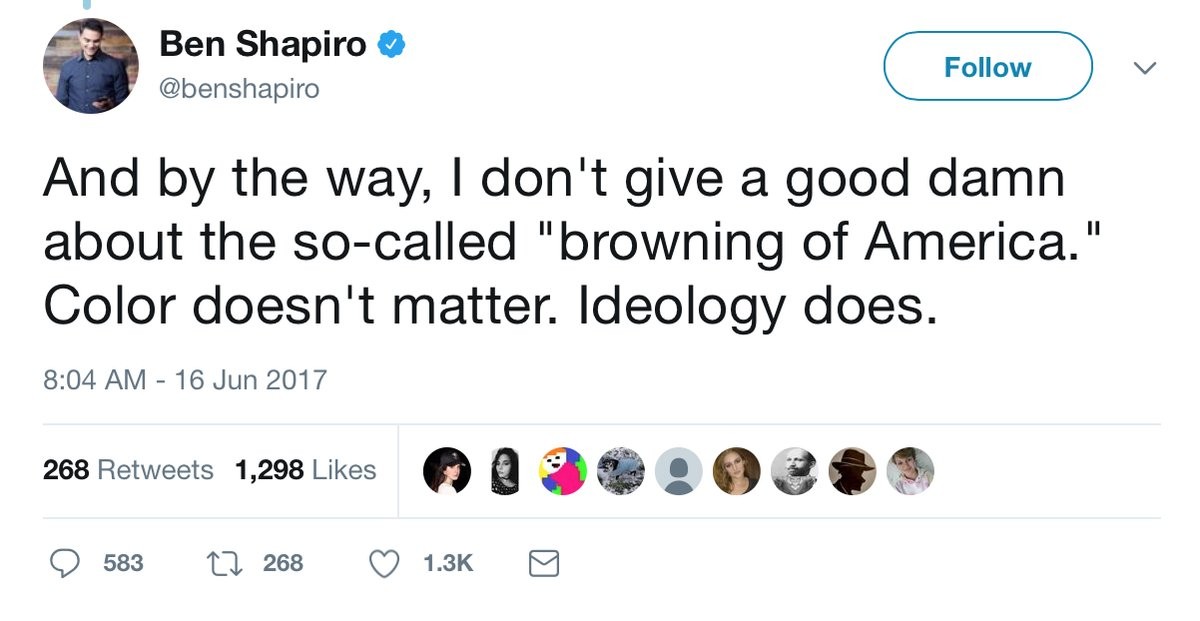 Ben Shapiro is a ■■■■■■ nationalist who views white identity as a threat to ■■■■■■ influence in America, which is why he works so hard to destroy white people and white identity.

Ben works very hard on behalf of his people…but you are not his people. He does not care about you.

What does that mean?

You don’t agree that ideology matters and race doesn’t?

You don’t agree that ideology matters and race doesn’t?

Wouldn’t that depend on the ideology?

Also - race does matter. Thousands of years of evolution, survival, and tribalism prove that.

I don’t think so. I know some cowboys who happen to be black or Mexican. I don’t care about their race.

Much of what we attribute to race is actually culture.

I know some cowboys who happen to be black or Mexican. I don’t care about their race.

Great - my accountant is black. He does a great job. So what? You are missing the larger points, which are:

Whites are the only race where the things I mentioned above have all of a sudden become “taboo” or problematic.

I have more in common with a Mexican vaquero than a white Boston yankee.

No, you are free to wallow in your hatred for people simply because of the color of their skin.

I have more in common with a Mexican vaquero than a white Boston yankee.

Then perhaps you could move to Mexico if you have such disdain for your fellow countrymen. There are plenty of Mexican vaqueros in Mexico for you to pal around with. You can keep going south from Mexico and find yourself awash in a sea of brown. Enjoy. The rest of us will do what we can to prevent then from flooding into this country.

Orrrrrr I could stay here and enjoy their company here in my home. Maybe even help them cross.

Maybe you could stop the yankees and California trash from invading my state and turning it into a liberal shit hole.