Are We On the Brink of Revolt?

If this isn’t grounds for Americans to act, then I don’t know what will be, but this is extremely troubling, and only confirms what most of you have been saying for many years. The Democrats are no longer hiding it anymore, as this was their plan all along. 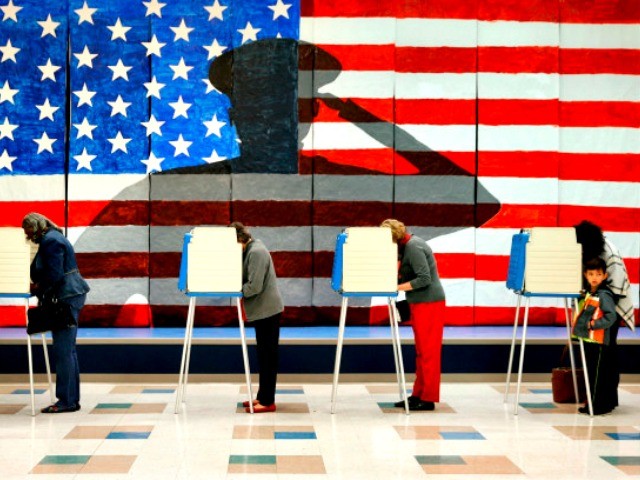 Democrats blocked a motion Friday to affirm that illegal aliens voting in elections "devalues" the fundamental tenets of American democracy.

National Guard units seeking to confiscate a cache of recently banned assault weapons were ambushed by elements of a Para-military extremist faction. Military and law enforcement sources estimate that 72 were killed and more than 200 injured before government forces were compelled to withdraw.

Speaking after the clash, Massachusetts Governor Thomas Gage declared that the extremist faction, which was made up of local citizens, has links to the radical right-wing tax protest movement.

Gage blamed the extremists for recent incidents of vandalism directed against internal revenue offices. The governor, who described the group’s organizers as “criminals,” issued an executive order authorizing the summary arrest of any individual who has interfered with the government’s efforts to secure law and order.

The military raid on the extremist arsenal followed wide-spread refusal by the local citizenry to turn over recently outlawed assault weapons.

Gage issued a ban on military-style assault weapons and ammunition earlier in the week. This decision followed a meeting in early this month between government and military leaders at which the governor authorized the forcible confiscation of illegal arms.

One government official, speaking on condition of anonymity, pointed out that “none of these people would have been killed had the extremists obeyed the law and turned over their weapons voluntarily.”

Government troops initially succeeded in confiscating a large supply of outlawed weapons and ammunition. However, troops attempting to seize arms and ammunition in Lexington met with resistance from heavily-armed extremists who had been tipped off regarding the government’s plans.

During a tense standoff in the Lexington town park, National Guard Colonel Francis Smith, commander of the government operation, ordered the armed group to surrender and return to their homes. The impasse was broken by a single shot, which was reportedly fired by one of the right-wing extremists.

Eight civilians were killed in the ensuing exchange.

Ironically, the local citizenry blamed government forces rather than the extremists for the civilian deaths. Before order could be restored, armed citizens from surrounding areas had descended upon the guard units. Colonel Smith, finding his forces overmatched by the armed mob, ordered a retreat.

Governor Gage has called upon citizens to support the state/national joint task force in its effort to restore law and order. The governor also demanded the surrender of those responsible for planning and leading the attack against the government troops.

Samuel Adams, Paul Revere, and John Hancock, who have been identified as “ringleaders” of the extremist faction, remain at large.

And this fellow Americans, is how the American Revolution began, April 20, 1775.

History. Study it, or repeat it.

We may well repeat our history. Only this time, it will be worse for the military or law enforcement if they decide to go against the public. We have millions of veterans who stand ready as citizens. We also have citizens with guns. One can only hope the libs don’t start something. I guarantee you conservatives will finish it!!!

We are getting very close, my friend.

That gives me comfort, in knowing there are still some Patriots out there that still believe in America. I think a revolt would be healthy, and its overdue IMO. Nobody wants a civil war, but what other alternatives are there if Politicians are held to a different standard of the law? They keep increasing taxes and over legislating by violating our rights and the theft of the public coffers? Or they ignore the will of the people? Corporations continue to price gauge the consumers? Basic things like food is getting outrageously expensive? Sooner or later the law of averages catches up where most Americans become fed up!

We are about to repeat it my friends, for now as back then we find ourselves to be Governed by a perverse assembly of owned politicians and un-elected tyrants! It is not only our right but our duty as patriots to once again defend this Nation or lose it forever. Stand up now patriots, stand up now or it will be to late!

I suspect it’s not far off. During the Obama Years the left marginalized the right and we are now seeing it again in the House as they push their progressive agenda. Got in compromise. Today we see the dems working to eliminate the electoral college further marginalizing flyover country, violating the constitution at every turn.

We have seen for 2 years the democrats trying to unseat the elected president. Mueller’s investigation failed so the house will being searching. As 1 democrat said, it’s about convincing the American people that Trump needs to be impeached not about which laws he broke to impeach him. Manufactured works as well as real evidence as it’s about convincing America and we will as we hav the press to help us.

You are exactly right Lou! There is so many added things to this just as you articulate than just being one issue but a culmination of the entire shit show in DC and on the state and local levels as well that will set this off on a much larger scale.

My opinion, is the disenfranchisement, marginalization of the right will be the trigger factor.

Well we did see it already as LeVoy Finicum warned us about.

True Patriot, and this video about defending the constitution!

There are a lot more patriots than people realize – and a good percentage are military trained and know how to “play the game”! I also have many friends that are proficient hunters that also could hold their own. This is why the libs hate the 2nd so much.

I suspect that the dems winning the house is the best thing to promote conservatism in years. People I know are going nuts over their wholesale war against christianity by attempting to enact laws to murder babies. Combine that with the anger over the marxist (democrat party) trying to pull off a coup against the president we elected and you end up with a powder keg waiting for a match. 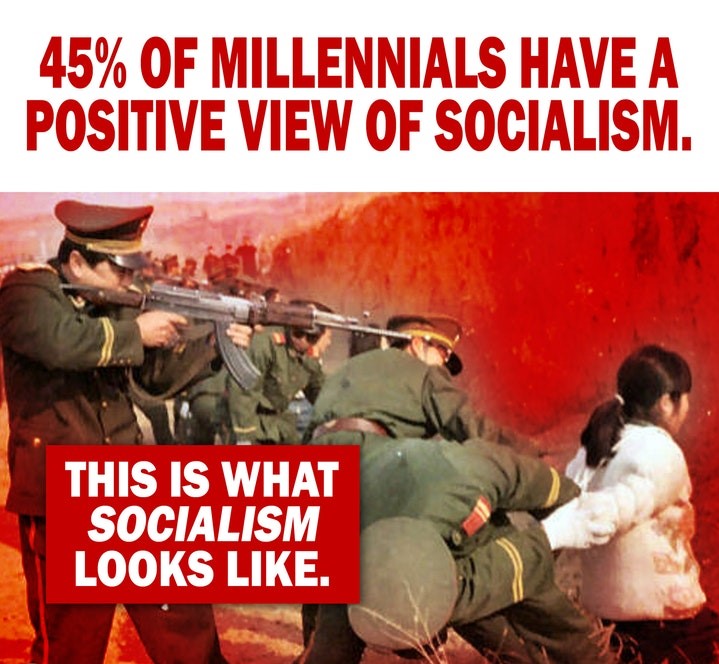 My opinion, is the disenfranchisement, marginalization of the right will be the trigger factor.

I’m not so sure. Its the boiling frog problem for us… coupled with the fact that we have more invested and more to lose. The refugees that came here en mass from shithole countries are more likely to incite violence among themselves since that is how they were taught to get things.

Liberal media and activist judges will be there protecting them when they do.

It looks like from the photo you posted Sarge that those are Maoist regime enforcers. To think that we do business with the communists today that is undermining our sovereignty is well… confounding.

I wonder when you were sitting at your post in Nam back in the day, enjoying a peaceful sunset while contemplating your thoughts in a rare moment of reprieve that what we are seeing today would have ever entered your quiet meditations?

Yes you are right Sarge. There is a reason why we have the 2nd, and just to your point is why the Dems want to abolish altogether. Them trying to get rid of the electoral college is just the first step in their power grab! As far as military trained Patriots I am one of them, and you can count me in!

I’m not so sure. Its the boiling frog problem for us… coupled with the fact that we have more invested and more to lose.

Not sure I agree with you on the boiling frog analogy. If you watched the Levoy Finicum video I posted he too had much to lose and he paid dearly for standing up for what he believed in. You can’t put a price on freedom, it simply comes down to principle. Eventually when politicians take everything, then literally you have nothing to lose, and we are headed in that direction!

Is it marginalization of the “right”? Or is it the leftist frenzy that too many Americans feel (rightly so) is a threat to our way of life?

Perhaps it is a matter of politicians being given the power to take everything.

Yet, people keep voting them into office. The question is… why?

Yet, people keep voting them into office. The question is… why?

Well I would question are they really getting voted into office every time by legitimate means? That is if we consider its not about who votes but who is counting the votes. That might be the more suspicious answer, coupled with low voter turn out in local elections as well!

You can certainly consider that. But who votes the RHINOs into office?