Another frozen turd from Iceboy, Maybe it's not frozen

PLEASE NOTE, THIS IS NOT A COVID THREAD…THE ISSUE IS GOVERNANCE… 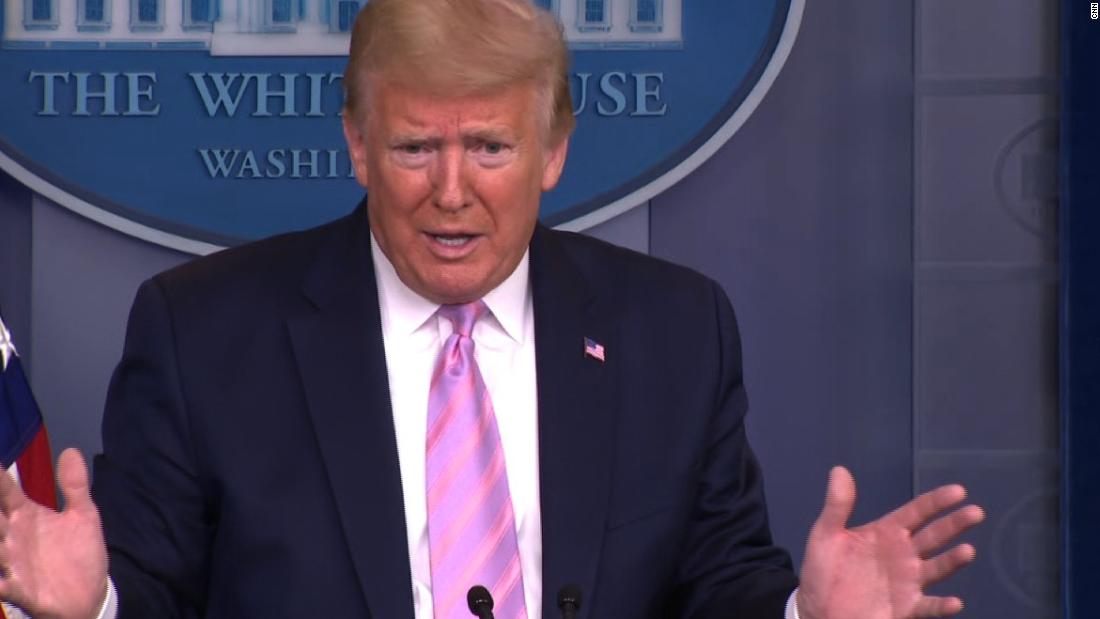 Trump says this is 'biggest decision' he will make - CNN Video

President Trump pushes for re-opening the economy amid the coronavirus pandemic, saying it's the "biggest decision" he will have to make.

when asked what parameters will determine the decision to reopen the country, the idiot points to his skull…

Those of us familiar with his history are unlikely to be persuaded.

The man is indolent.

Care to provide a tl;dr on this?

Your title is non-descriptive and I am not sure what the purpose of this thread is.

How suitable is this principle of governance (“it’s all in here”) in a time of pandemic, or even ever?

The Plaza Hotel was a disastrous deal— for Trump . Trump went with his gut and overpaid enormously. He bought it for $407 million—far more than it was worth at the time—spent over $50 million in renovations, and then, when he was going through bankruptcy proceedings, was forced to sell it in a deal that valued the hotel at $325 million. Barrack and his boss took Trump to the cleaners.

What’s more, Barrack was highlighting the absolute worst part of this deal: that Trump was so eager to get the hotel that he agreed to forego normal due diligence and instead allowed Barrack to just give him a list of stuff that needed fixing. It was massive negligence on Trump’s part. If Harvard has a list of the worst, laziest deals ever made, this one would make the top ten list.

Yet this is the example they’re touting to show what a great businessman Trump is? That takes real balls. It’s a testament to the fact that the Trump campaign figures it can just say anything. The Trump hagiography is once again beamed out to millions of people and nobody will ever hold them to account.

when asked what parameters will determine the decision to reopen the country, the idiot points to his skull…

Don’t know who “he” is. When President Trump was asked what parameters he’d use to make the decision to reopen the economy his reply was that he’d gather information from a cross section of experts but he’d make the final decision whereupon he pointed at his head. Naturally the partisan Resistance whores of WH press corps are aghast at President Trump making any decision having committed the unforgivable crime of winning the election.

As promised President Trump is constructing a cross disciplinary team of experts to advise him on reopening the economy. But that doesn’t matter to the Resistance media and the choir of ignorant bobble heads that parrot their distortions and lies. Orange man bad is the only "truth. "

Given that such was already in place, why did he have to do that?

Oh, yeah…cause of Fear of a Black Hat…and the desperate need to score points with cretins by trying to erase all evidence of Obama’s existence…

No…the last thing we need is that fucking meathead in the mix.

a) his tax cut

c) in February, when it would have made a difference… 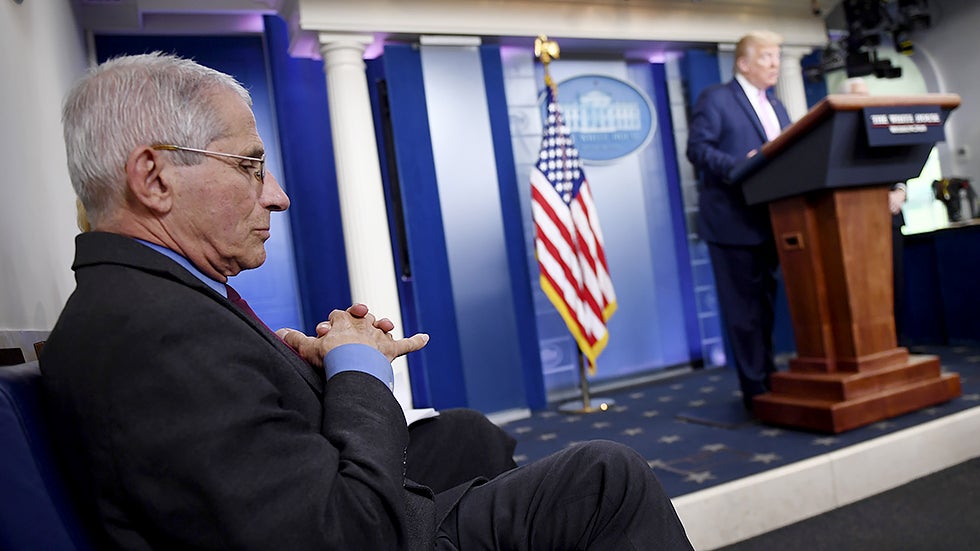 That isn’t much of a challenge since Obama didn’t do much at all during his 8 pathetic years in office. I think Jimmy Carter had more accomplishments than that lazy sack of entitled crap.

Simple way to address this…

You know all that stuff Grifty is taking credit for?

It didn’t look that way when the last guy for whom you cast two enthusiastic votes was done. 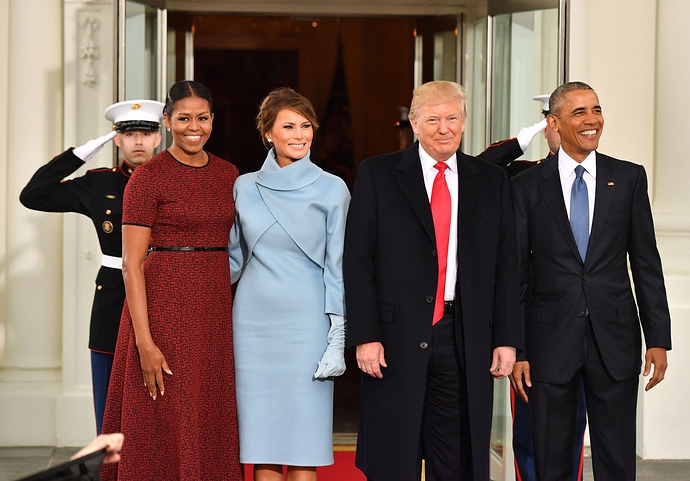 Because they are only the messenger, AutoBleat…

The experts in question are members of the American Political Science Association.

Who are you kidding with this propaganda crap? People trust professors about as much as they trust the media at this point. They are all far left-wing communists all committed to taking down this great country.

Have you ever met a professor?

The difference is simple:

Trump rescued Obama’s failed economy.
Trump has done more for America than Obama did in his entire 2 terms.
Obamacare was a complet faiture.

Should I say more? 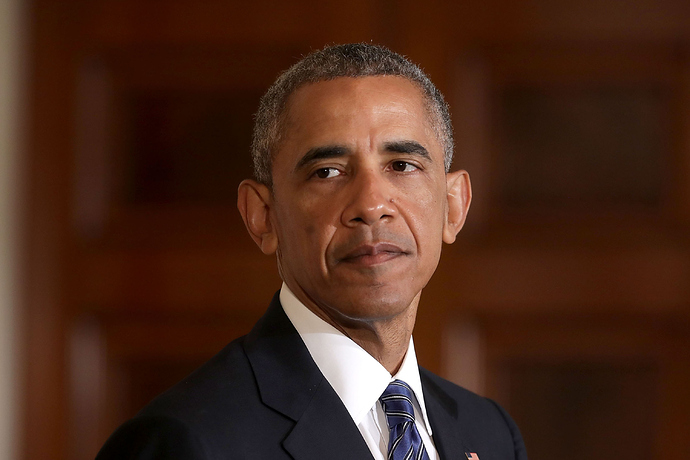 It’s time to face facts: Obama’s presidency was a failure

The closing arguments for the Obama years are arriving, and they aren’t helping the outgoing president. A case in point is a new book published this week, one that acknowledges “Obama’s supporters …

Kyle Smith is a former movie critic, who is trotted out to say dumbass shit people with professional reputations won’t.

Post the percentage of the total net private sector payroll gains, between 2001 and 2017, achieved under Obama…

Do you want me to tell you where to find the numbers?

@IcebergSlim The unemployment rate (U-3) began rising from 4.7% in November 2007 and peaked at 10.0% in October 2009 as the crisis deepened, approximately where it remained until November 2010. Thereafter, it began a steady decline through the remainder of his tenure, reaching 4.7% in 2016.

And that doesn’t answer the question 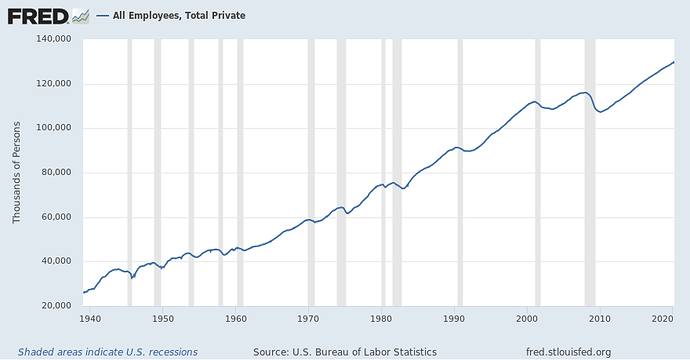