Another, bigger migrant caravan is set to leave from Honduras next month 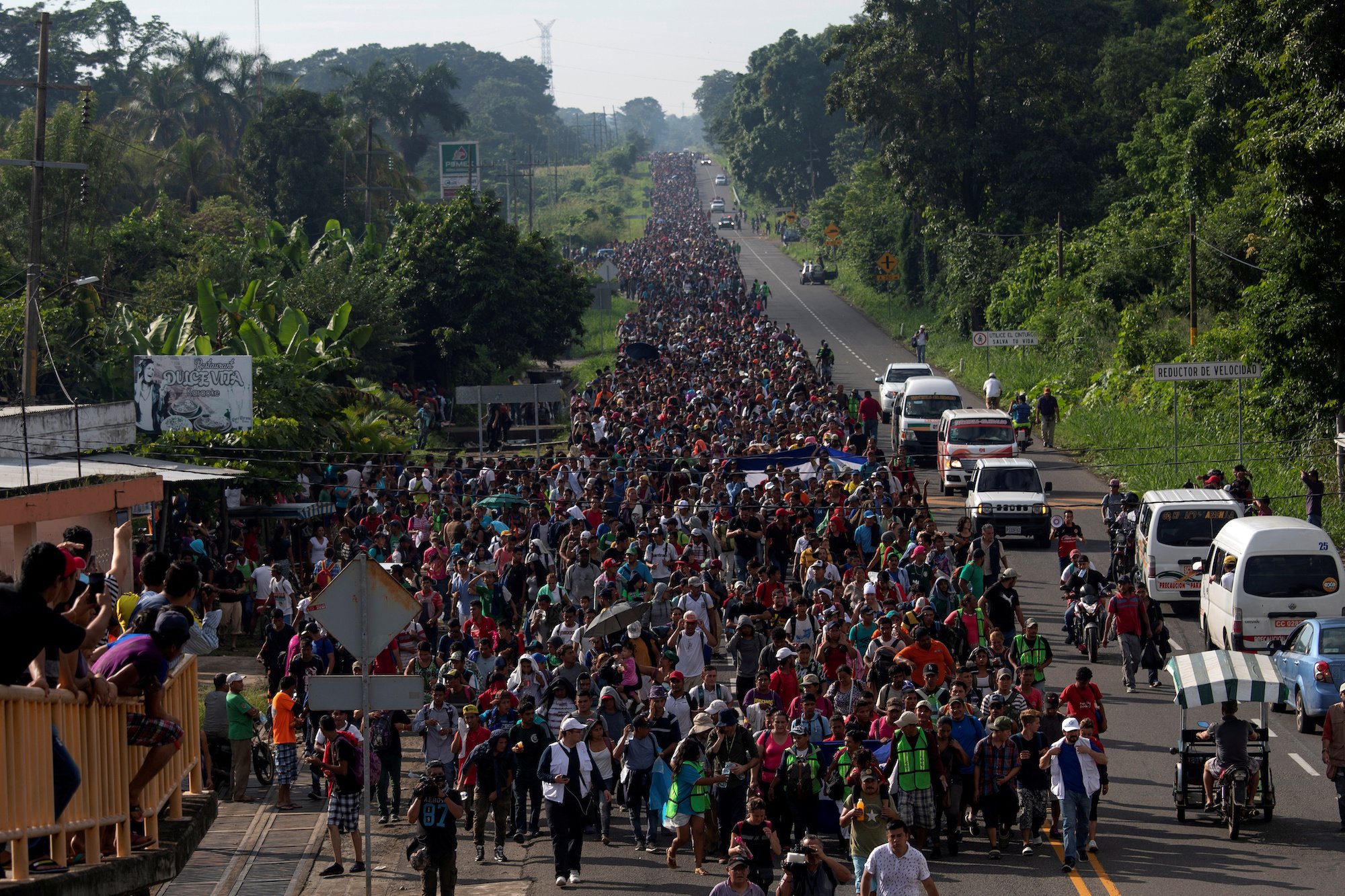 This invasion is not going to stop until we have a wall and enforce our laws. I don’t care about random kids dying and the never-ending media coverage of it. These are “parents” (use the word loosely) using their brood to get their way and invade America just cause they know how the sentiments of photo ops affect stupified America. Let’s take care of our own and keep these invaders out.

Counting on the lib House and Alexandria Occasional Cortez.

Well the dems managed to allow 25 million illegals into our Country , what’s another million or two from shithole places with second grade education and zero skills , welfare awaits YOU !

Central America will never run out of low-IQ sub-humans. The climate is too benevolent down there. If they are going to keep sending invaders, the US might need to drone strike their factories. In this case that would be hospitals and schools.

Garrido said this new, larger caravan will probably be joined by more people in El Salvador and in Guatemala, but she said they don’t plan on coming straight to the Tijuana-San Diego border, where resources are already stretched nearly to a breaking point.

“They will stay in the south of Mexico in Chiapas and Oaxaca. Their aim is to request work there,” she said.

Mexican President Andrés Manuel López Obrador has pledged visas and work in Mexico for Central American migrants. In his inauguration speech, he pledged public works projects such as planting 2 million trees and construction of his Maya Train, which will link cities in the three Yucatan peninsula states as well as Tabasco and Chiapas.

Mexico also said they would keep the last two caravans from reaching our southern border.

We just pledged them 5 Billion to do so.

Let’s see if they put our money where their mouth is.

That’s insane. I would rather not spend 5 billion of our tax dollars to “see” if they will stop caravans from coming to the US. We have given them billions in aid over the years to shut the cartels down - and the drugs keep pouring in - along with thousands of cartel foot soldiers.

Conservatism just about died off when the neocons came marching in. I think a lot of people who think of themselves as conservatives don’t realize they are actually neocons.

So that really means on the political dial they are one degree to the right of Obama and about dead center with Hillary Clinton and the Bushes.

Dollars to donuts that People without Borders are right in there with them and that they’ll again encourage them to not take up any offers by Mexico.

Here’s hoping the Mexicans are sick and tired enough of supporting these uprooted vagrants and will prevent them from even entering their country this time.

We need do them and ourselves a favor and simply turn away all those at our border. We can cite how enduring them encourages others to join the migration, which will ultimately result in more hardship and costs for Mexico who should get no help from us to support people they let into their country.

Dollars to donuts that People without Borders are right in there with them and that they’ll again encourage them to not take up any offers by Mexico.

Of course. An entire cottage industry has grown up around this issue.

You ever been to Central America, Bryan?

In one of the sci fi novels I wrote a minor character relates that her board scores indicate her talents lay in the law, which she found highly discouraging because it would make her about the only lawyer among her whole race … and she quickly demonstrates how talented she really is by saying (IIRC) “Now if there were two lawyers!”

Of course it’s insane. I hate that we gave 5 billion away that could have been invested in another “x” miles of a wall.

Yet, what are “we” supposed to do?

All we can do is see if it works because we’ve been given no other choice.

More voters for Democrats and the break up of the US sponsored by the billionaire traitor György Schwartz AKA George Soros. 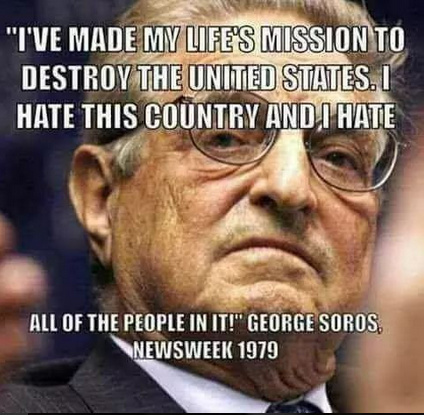 Like hell we have been given no other choice. When the Tea Party showed up our lawmakers listened. We need to hold their feet to the fire. Things have gotten worse for conservatives since Trump won because Never Trumpers and the Left declared an all out war. We have gotten lazy.

We just gave some shithole country the amount of money Trump is looking for to get this wall started. That is CRIMINAL! 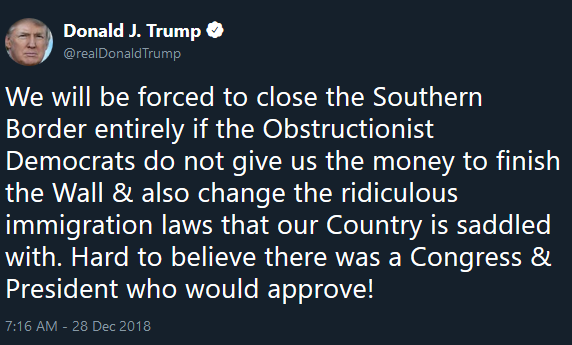 My only problem is Trump said that the last time when the caravan was heading our way. He didn’t close the entire border like he said. It also looks like he’s blinking on the shutdown.

This time Trump is saying a complete shutdown of the border. No one passes. Who blinks first or game of chicken?
If some two-bit glabalist judge tries to cancel the president’s order, then he needs to call in the military like he did before.

George Soros: the man, the legend, the colossal rancid turd floating on top of the cesspool of the Left.