It’s been amusing to watch all of these high-ranking Democrat women repeatedly take huge shits all over Tulsi Gabbard. TBQH fam Tulsi is the only likable candidate they have right now, she’s young, she’s a veteran, and she’s very pretty. She’s everything they’re not and never will be. 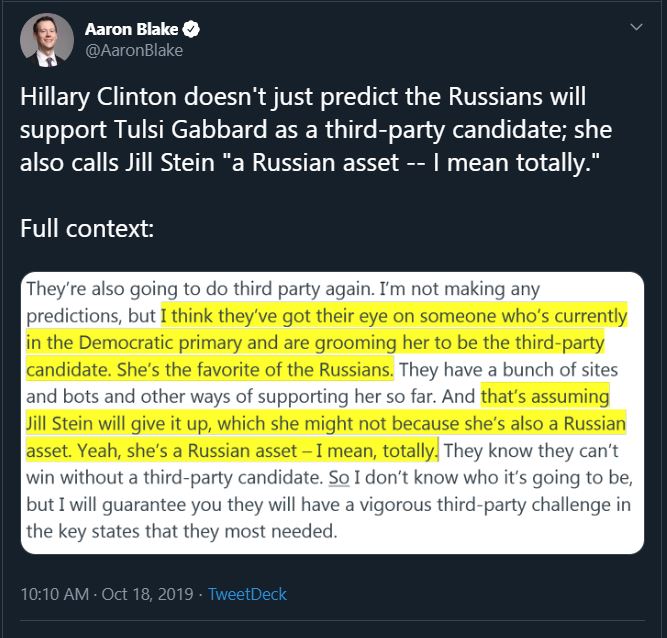 They are afraid of Mommy Tulsi. She’s the only reasonable candidate they have that could stand a remote chance of winning against Trump. If she ditched the gun bullshit and the anti-white narrative she could just do it. That will never happen though because of muh superdelegates. Also this… 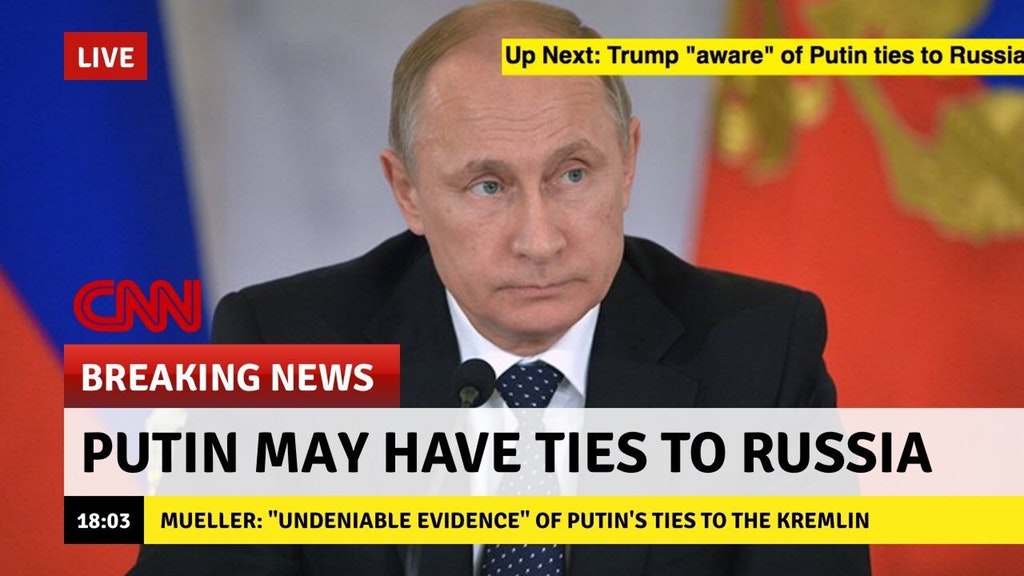 Jill Stein endorsed Hillary in 2016, so that must mean Russia endorsed Hillary - which would make sense after Hillary sold the Russians a bunch of Uranium and had Mueller hand deliver samples.

Democrats continue to nuke their moderates and wonder why they get no votes.

Does HRC have evidence to back up her assertion, or did she delete it with all her other emails?

They know their own.

And by accusing them, she makes herself the shero.

Everything she does is what the many Democrat observers online accuse Pres. Trump of doing.

Self serving and calculating.

No one cares about Jill Stein. The only thing she’s good for is taking away votes from Democrats. Tulsi is another story. I bet Hillary is throwing this out there in the event that Tulsi goes independent.

They need to just walk away.

I’m working from a hand held device. Not sure I know how to drag and drop a YouTube video that way. 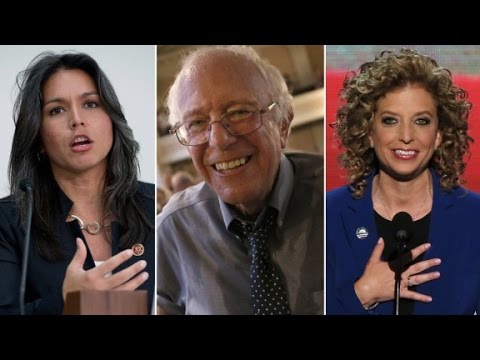 She endorsed a Communist.

Tulsi should run as a third-party candidate if the DNC screws her. HRC doesn’t like her because 1) she’s anti-war and 2) she’s a more viable presidential candidate (the only Dem candidate who might sway some Trump voters).

If the Russians really wanted Trump to win re-election, they’d back Hillary Clinton.

Hillary Clinton is smoking up her husband’s CRACK supply.

Not to worry. Tulsi isn’t shy and she is firing back and putting all of the bullshit smears against her right at the feet of Killary. I hope Tulsi has a good security detail.

How about this as a theory?

Tulsi and Hitlery orchestrated this whole stupid twatter war in order to get attention?

Ahh - perhaps. She’s the only one who can go round for round with Trump. That’s some 4D chess right there. Big if true.

The Democratic machine is not stupid, and I would Not be in the bit least surprised if some back room dealing was going on to orchestrate narratives on social media, considering all the corruption Democrats are known for!

You are onto something here…this is very well scripted and seems almost too perfect. 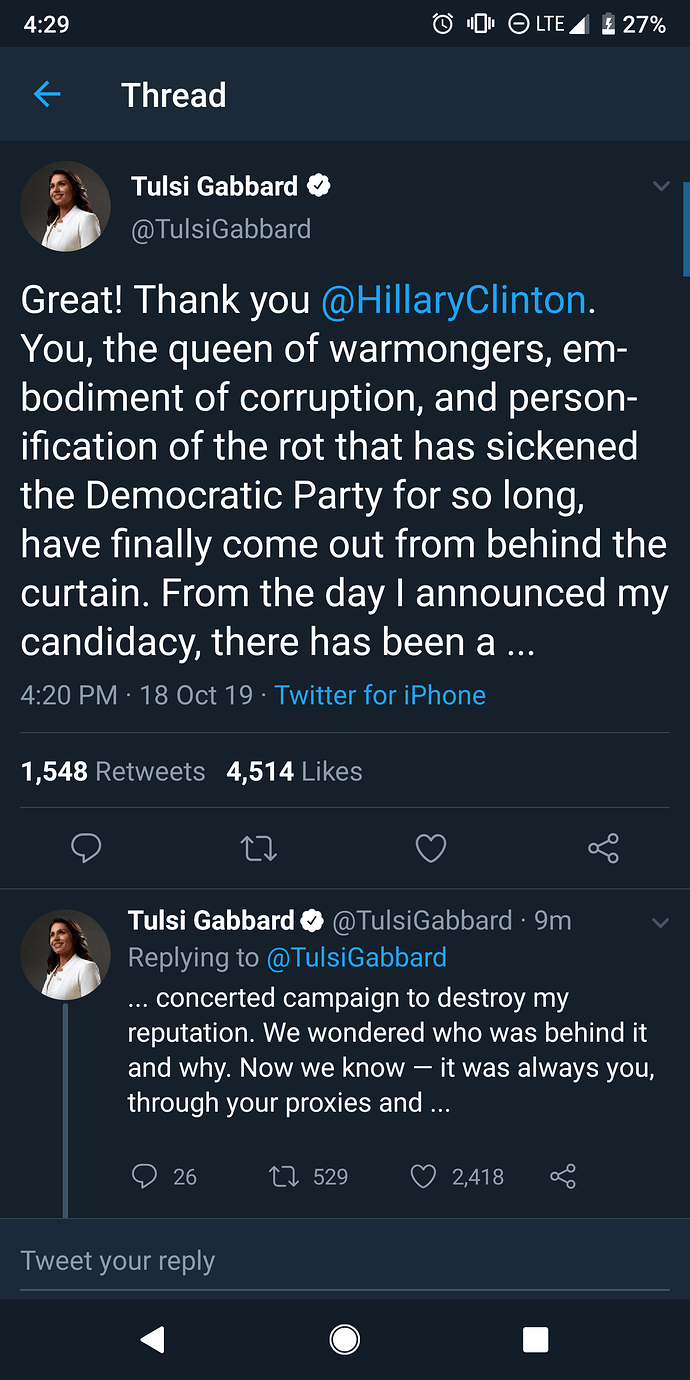