An intereresting documentary on the History of Palestinian People

Came across this the other night by accident. A very good piece on the history of Israel and the so called “Palestinian People”.

Even according to the Arabs throughout the last hundred years, the so called Palestinians are a complete fraud. Many Arab leaders who agreed with Golda were oil-rich bastards who didn’t care about their fellow Arabs.

No such thing as Palestine. Correct, with a caveat that it is Israel, which is usurped by Khazars.

No such thing as Palestinian people, correct. They are true Israel, (as opposed to fake ■■■■ who Gog and Magog)

Yes, Canaanites were Israelites. The same people.
Canaanites were “obliterated” according to the Bible. But what it really means is that they changed their identity to Israelites by adopting a new religion, cult of Yahweh.

Philistines were invaders by boat, and their number was small, and their settlements were limited to the coastline. We don’t know exactly where they originated.

Palestinians are Arabs, or rather Semites, just like the ancient Israelites. Khazar ■■■■ are not even Semites.

Why are you yet again spewing the same throughouly disproven BS again?

The Philistines originated in Crete and they were utterly destroyed by the Assyrians.

The Cannanites were utterly destroyed by the Israelis and what was left of them was absorbed into the Israeli Population.

The whole BS line of Khazar invaders Gog and Magog has been thoroughly and completely shown to be a lie every way it can be.

Your entire premise is a complete fantasy with absolutely no basis in fact so quit peddling it, we’re not that dumb.

No, It is not proven that Philistines had settlements in Crete, much less that they originated in Crete.

No, Canaanites and Israelites were the same people, speaking the same language. The only difference is the cult of ONE deity.

Mongolian race Khazars converted to Judaism in the 9th century, and don’t have a drop of Semitic blood. Period.

The Romans were sick and tired of ■■■■■■ revolts, so they purposely named the land “Palestine”. It doesn’t mean the Semitic Israelite descendants disappeared.

The concept of “Arabs” came only after the establishment of Islam and its caliphates much, much later.

It doesn’t matter if the Koran only mentions Jerusalem or not. It is a holy city for the Muslims. It doesn’t justify any THEFT.

The Israelites, after being conquered by Romans, were force-converted to Christianity (because it became the official religion of Rome later) and then to Islam.

(The Russians changed their religion to Christianity, but it doesn’t mean they ceased to be Russians. Same for Germans, Irish, etc., etc.)

Saladin gets a mention. He was a Kurd. Today’s Kurds are Muslims but they never lost their identity as Kurds. Same for Palestinians. Their name and religion changed, but they are the same Semitic Israelite people for thousands of years.

OK. These comments are only for the first half of the propaganda film.

Yes it absolutely has been. 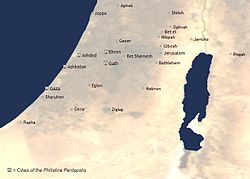 The Philistines were an ancient people who lived on the south coast of Canaan from the 12th century BC until 604 BC, when they were exiled to Mesopotamia by King Nebuchadnezzar II. They are known for their biblical conflict with the Israelites. Though the primary source of information about the Philistines is the Hebrew Bible, they are first attested to in reliefs at the Temple of Ramses III at Medinet Habu, in which they are called Peleset[a] (accepted as cognate with Hebrew Peleshet); the The... 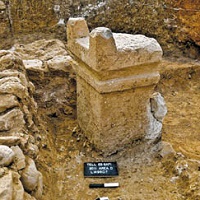 Where Did the Philistines Come From?

Excavators at Tell es-Safi/Gath, the site of Gath of the Philistines mentioned in the Bible, found an exceptionally well preserved horned altar reminiscent of the

Who were the Canaanites?

Your Claim that the Khazars had no ■■■■■■ roots is a complete fabrication as you’ve already been shown repeatedly so stop peddling that crap.

The genetic studies prove that lie to be just that, a lie. 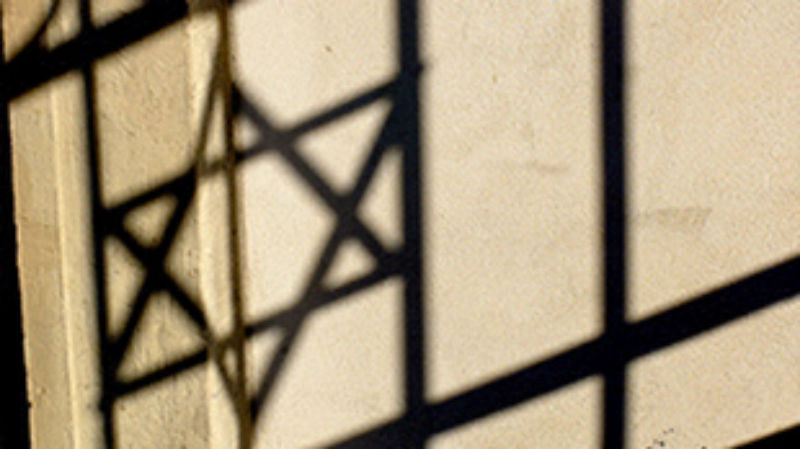 Genetic Roots of the Ashkenazi Jews

Most Ashkenazi Jews, traditionally believed to have descended from the ancient tribes of Israel, may in fact be maternally descended from prehistoric Europeans. 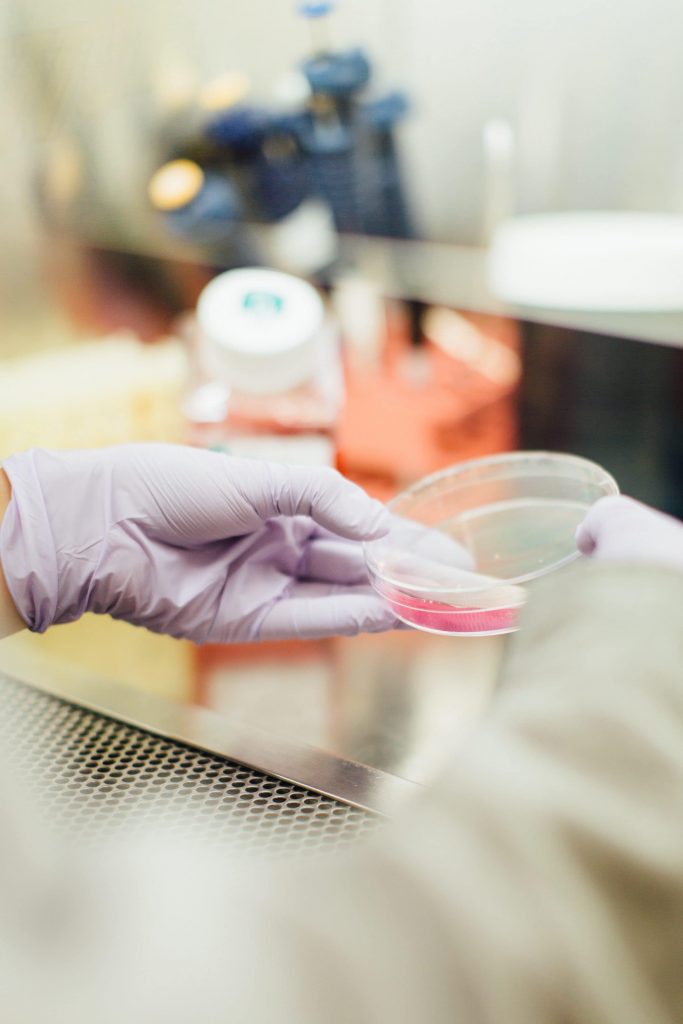 Are Today's Jews Genetically Descended From the Biblical Israelites? - ONE...

There is an accusation circulating that the Jewish people are actually white Europeans, descendants of the Khazars. Where did it come from and is it true?

As you’ve already been shown repeatedly the reason the Khazars converted to Judaism was the fact there was an already thriving ■■■■■■ community that had been present there for hundreds of years living in harmony with the Turkish Khazars. The intermarried widely and eventually the rest converted to Judaism.

Are today’s Ashkenazi Jews descended from a central Asian people called the Khazars? A historian says no — and explains why that matters in the ‘are Jews a race?’ debate.

Your whole attempt to smear the ■■■■ with that claim is based on nothing but completely disproven lies.

Israel was never invaded or conquered by Khazars, much less Khazar ■■■■■

The DNA actually confirms that Ashkenazis are descendents of Khazars, but once this slipped out 23andMe backpedalled it fast.

“However, research suggests that Ashkenazi ■■■■ who belong to your haplogroup may descend from a single male who… may have been a member of the Khazars, an enigmatic Turkic tribe that lived in Central Asia, and that converted to Judaism in the eigth century A.D.”

Why Did 23andMe Tell Ashkenazi Jews They Could Be Descended From Khazars?

That theory was debunked in a 2013 paper co-written by 30 geneticists from the United States, Russia, Israel and elsewhere.

Your own vitiation shows it was immediately debunked by numerous genetic studies.

Yes - I cited “the Forward” which pushes a hardcore Zionist narrative. I’m sure you are familiar with it. It was reflective of my point on the backpedaling by 23andMe.

The fact is it was immediately shown to be completely false and the studies since have confirmed that fact.

'Bottleneck' dates back 600 to 800 years, genome analysis shows; researcher says among population 'everyone is a 30th cousin'

It’s nothing but a lie that is peddled in an attempt to discredit the claim of ■■■■ on what is modern day Israel which has been completely and thoroughly discredited.

More on the genetic lineage of the Ashkenazi ■■■■■

The finding should thoroughly debunk one of the most questionable, but still tenacious, hypotheses: that most Ashkenazi ■■■■ can trace their roots to the mysterious Khazar Kingdom that flourished during the ninth century in the region between the Byzantine Empire and the Persian Empire, Richards and Ostrer said.

The genetics suggest many of the founding Ashkenazi women were actually converts from local European populations.

“The simplest explanation was that it was mainly women who converted and they married with men who’d come from the Near East,” Richards told LiveScience.

The genes don’t like but the ■■■ haters, Nazis, and Palestinian Terrorists and their supporters certainly do.

Not only do the genes prove their ancestry so does recorded history.

The ■■■■■■ Population had spread to all of the Mediterranean and Caucasus before Hadrian even became emperor.

Hadrian was the man responsible for the error that created the term “Palestine” based on a false understanding of the original roots of the original inhabitants of Canaan as documented in the documentary posted above. 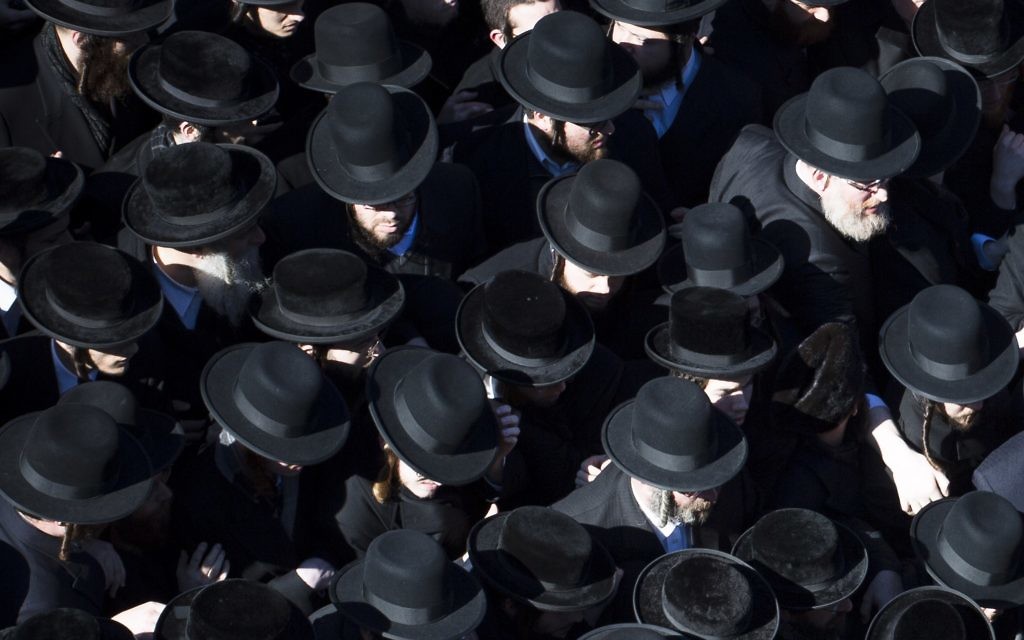 Persian Jews converted Turks to Judaism to create the rump of what would become today’s Jewish population, DNA research has revealed.

Is there some particular reason you are reaching back in time to a four year old article about a five year old study that was completely discredited by more than 30 genetic studies?

Yes, we know from the DNA that ■■■■ spread all over the ME and Mediterranean and intermarried with the women of local populations.

“(the ■■■■■ also acquired unique Asian mutationson their Y chromosome. This is where another important group of people in our story come into play – and they are called the Gok-Turks.”

During the sixth century, these nomadic people were ruled by a Siberian Turkic tribe called the Ashina. They were forced by the Chinese Tang Empire – who were in power in China at the time – to migrate westwards toward the Black Sea."

Ashkenazic Jews' mysterious origins unravelled by scientists thanks to...

DNA evidence tracks the ancient history of the Jewish people.

This is exactly what I’m saying.
Khazars are not Semites and did not descend from Israel. Palestinians did.

And yet repeating it won’t make it true. Everything known to both science and history shows your entire premise to be a lie.

How ■■■■■■ Populations spread theroughout the ME, NE, and Europe isn’t a mystery, it’s well documented throughout history. 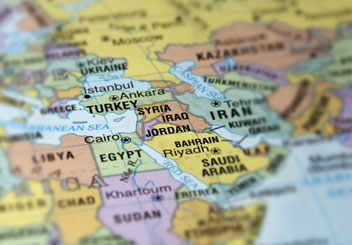 Above article relates to Sephardi ■■■■■
I’m not talking about them.

The above article talks about all ■■■■ spreading throughout the Mediterranean and ME.

It was the ■■■■ that moved throughout the region that interbred with local populations eventually creating the Ashkenazi just as the genetic studies proved.

Tracing the Roots of Jewishness

'Bottleneck' dates back 600 to 800 years, genome analysis shows; researcher says among population 'everyone is a 30th cousin'

Both the recorded history and genetic studies prove beyond a shadow of a doubt that the Ashkenazi originated in the Levant.

One more for you that I’m sure you’ll ignore and pretend you never saw.

The participants, all ‘Kohanim,’ had the oral tradition of being descendants of the first High Priest of Israel, Aharon (Aaron, brother of Moses). 60% of the Sephardic ■■■■ and 50% of the Ashkenazi ■■■■ shared a common DNA signature, proving they were indeed descendants of the Biblical figure Aharon.

The Davidic Dynasty is interested in helping establish a DNA …

The record of Kohanim “priests” was lost during the Babylon captivities.
In other words, they are all fake if they exist today. 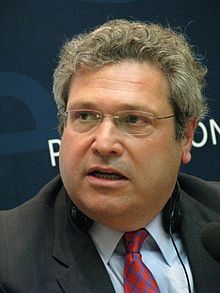 Robert Kagan (/ˈkeɪɡən/; born September 26, 1958) is a neoconservative American historian and foreign-policy commentator. Kagan, however, prefers the term "liberal interventionist" to describe himself. A co-founder of the neoconservative Project for the New American Century, he is a senior fellow at the Brookings Institution and a member of the Council on Foreign Relations. Kagan has been a foreign policy adviser to U.S. Republican presidential candidates as well as Democratic administrations vi... 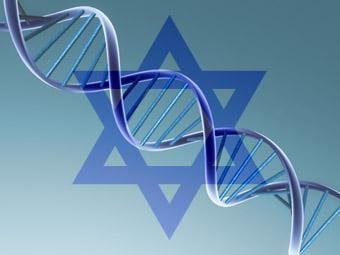 The Genetic Literacy Project reports that the ongoing conflict between Israel and its neighbors over the origins of the “Jewish people” has surfaced again as an issue of great controversy—with science in the crosshairs. It’s particularly troublesome... 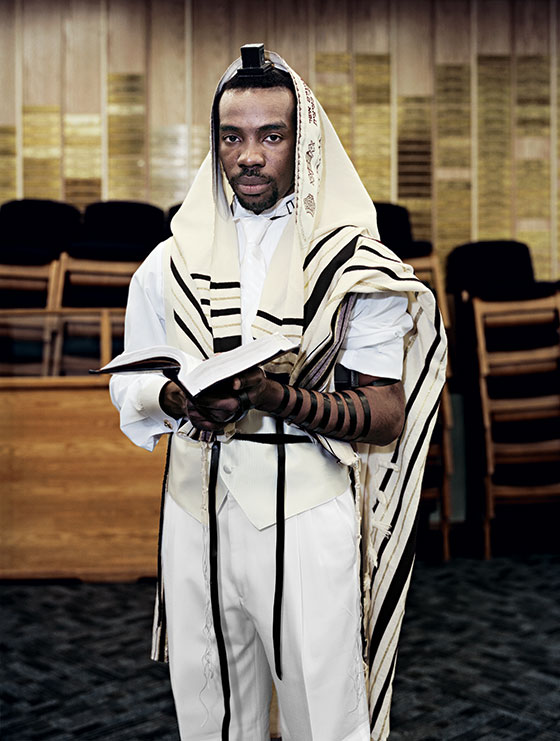