I hear a lot of argument saying that America needs to have free speech, even to the point of disseminating misinformation/disinformation and using large group awareness training indoctrination exercises (cult indoctrination) to intentionally mislead followers into committing anti-social acts. The recent insurrection at the Capital on January 6, 2020 was one example. Here, followers of President Donald Trump attempted to take over the Capital on the false claim that the election was stolen due to significant amounts of voter fraud. Trump uses cult indoctrination tactics (demonizing enemies, black vs white thinking, us versus them outgroups and chanting at rallies). However, this problem isn’t limited to Trump but it apparent in religious and other groups. Just like it isn’t possible to have a good business model without courts to enforce rules, it isn’t possible to have free speech without accountability for misinformation and deceptive tactics. The USA currently has 3,000 dangerous cult groups. Reform is needed. 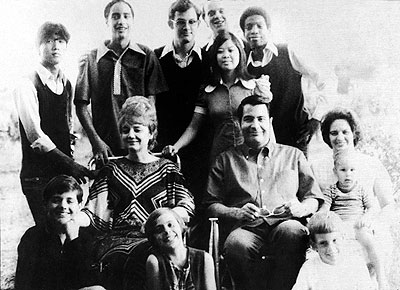 Who are you talking to with more of your propaganda here? Why bother? Maybe next time you might consider phoning it in 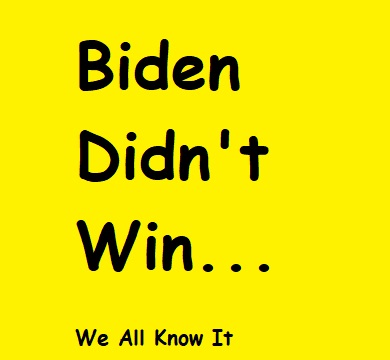 Sorry but this isn’t a MAGA forum. You’ll have to put up with people who use real evidence for arguments not misinformation and gaslighting.

Ummm well I think cnn, cbs, abc, Twitter, sends out miss information, so should we shout it down? All cries of racial oppression only comes from towns run by Democrats, they are hate speech… should we shut it down? Asking for a friend

Yeah this is also not a forum for posting bullshit regurgitation of MSM propaganda talking points by clueless misinformed sheep either! More gaslighting right back at ya! Get back to me when you have an original thought of your own!

That’s what lawsuits are for.

I asked you a question

Online forums aren’t accountable under law for the content so they can’t be sued. Their moderation is completely voluntary.

News outlets are accountable but because of freedom of the press can’t be shut down. They are accountable through lawsuits. Yes, there is a lot of news media misinformation and censorship arising from some democrats. This is on both sides. I’m not sure what the best way to handle it is.

The problem with American media is, that it is heavily biased. Biased towards the left or right. It doesn’t matter at all.
We can look at how the media talks about trump. The left are using very negative adjectives towards trump and the right wing are you using positive adjectives. They may not seem as important but they do have a psychological effect on the reader.
Second thing. Both media are either downplaying on the situation or making in look catastrophic.
What’s the truth then? Nobody knows because the media ALWAYS picks a side

The second amendment will set them straight… the one law that is vital for America to survive is good men with guns. We need more confrontation, and dialogue… let the good man win.

Sorry but this isn’t a MAGA forum. You’ll have to put up with people who use real evidence for arguments not misinformation and gaslighting.

They can’t stand the sound of anything but their own voice. People who are wrong and insecure always prefer an echo chamber…

What’s the truth then?

The truth is, regardless of the adjectives chosen to describe it, that Trump invited his supporters to Washington DC for a pep rally in which he and the other speakers, using their own adjectives of combat, fighting, strength, encouraged them to walk to the capital and disrupt the whole of congress from conducting the people’s business which resulted in a lot of damage to our capital building, several deaths and assault upon our long standing democratic institution…

Exactly my thoughts. The response to violence is not violence

What is the response to violence?

To eliminate the cause of the problems. With the USA we have the proliferation dangerous cults (3,000 in USA). MAGA is a cult. Those practices need to be banned (large group awareness training exercises) and people convicted of using them barred from holding office.

MAGA is NOT a cult… it’s a movement. I don’t like Trump the man… never did. I do like the MAGA movement and what it stands for. I’m betting there are a whole lot more like me out there. You don’t have to like the man to support what he stands for.

MAGA is a cult? What? You work for David Brock or the CHICOMS now? Take your pick! That has got to be the dumbest thing I heard you say so far. Proof positive that any argument you make here is partisan and should not be taken seriously! Totalitarian idiot along with your cucked sheep from Norway!

Well… he always was an ass. Why is it so hard for you on the Left to understand putting policies and country before the man? I don’t give two shits what Trump said in the past, how many times he cheated on his wives, how many other women he banged or how many he grabbed by the ****y. the only thing that matters to me is the job he did while he is/was POTUS. I think he did a great job. My life was improving until the great Scamdemic appeared.

I’m not sure how your own party’s short comings escape all of you Lefties. Talk about classless, repugnant assholes… the Democrat party is full of vile, hypocritical, finger pointing fools. They are absolutely the party of hate and disdain for anything and anyone who does not agree with them. They are anything but the party of peace, love, understanding and tolerance that they want everyone to believe… while doing the exact opposite, right in front of your face… and then denying they ever did…lol.