Amazon rolls out machines that pack orders and replace jobs

SAN FRANCISCO (Reuters) - Amazon.com Inc is rolling out machines to automate a job held by thousands of its workers: boxing up customer orders.

The company started adding technology to a handful of warehouses in recent years, which scans goods coming down a conveyor belt and envelopes them seconds later in boxes custom-built for each item, two people who worked on the project told Reuters.

Amazon has considered installing two machines at dozens more warehouses, removing at least 24 roles at each one, these people said. These facilities typically employ more than 2,000 people.

That would amount to more than 1,300 cuts across 55 U.S. fulfillment centers for standard-sized inventory. Amazon would expect to recover the costs in under two years, at $1 million per machine plus operational expenses, they said.

The plan, previously unreported, shows how Amazon is pushing to reduce labor and boost profits as automation of the most common warehouse task – picking up an item – is still beyond its reach. The changes are not finalized because vetting technology before a major deployment can take a long time.

Amazon is famous for its drive to automate as many parts of its business as possible, whether pricing goods or transporting items in its warehouses. But the company is in a precarious position as it considers replacing jobs that have won it subsidies and public goodwill.

“We are piloting this new technology with the goal of increasing safety, speeding up delivery times and adding efficiency across our network,” an Amazon spokeswoman said in a statement. “We expect the efficiency savings will be re-invested in new services for customers, where new jobs will continue to be created.”

Amazon last month downplayed its automation efforts to press visiting its Baltimore fulfillment center, saying a fully robotic future was far off. Its employee base has grown to become one of the largest in the United States, as the company opened new warehouses and raised wages to attract staff in a tight labor market.

A key to its goal of a leaner workforce is attrition, one of the sources said. Rather than lay off workers, the person said, the world’s largest online retailer will one day refrain from refilling packing roles. Those have high turnover because boxing multiple orders per minute over 10 hours is taxing work. At the same time, employees that stay with the company can be trained to take up more technical roles.

The new machines, known as the CartonWrap from Italian firm CMC Srl, pack much faster than humans. They crank out 600 to 700 boxes per hour, or four to five times the rate of a human packer, the sources said. The machines require one person to load customer orders, another to stock cardboard and glue and a technician to fix jams on occasion.

Though Amazon has announced it intends to speed up shipping across its Prime loyalty program, this latest round of automation is not focused on speed. “It’s truly about efficiency and savings,” one of the people said.

Including other machines known as the “SmartPac,” which the company rolled out recently to mail items in patented envelopes, Amazon’s technology suite will be able to automate a majority of its human packers. Five rows of workers at a facility can turn into two, supplemented by two CMC machines and one SmartPac, the person said.

The company describes this as an effort to “re-purpose” workers, the person said.

It could not be learned where roles might disappear first and what incentives, if any, are tied to those specific jobs.

But the hiring deals that Amazon has with governments are often generous. For the 1,500 jobs Amazon announced last year in Alabama, for instance, the state promised the company $48.7 million over 10 years, its department of commerce said.

Read the rest below. 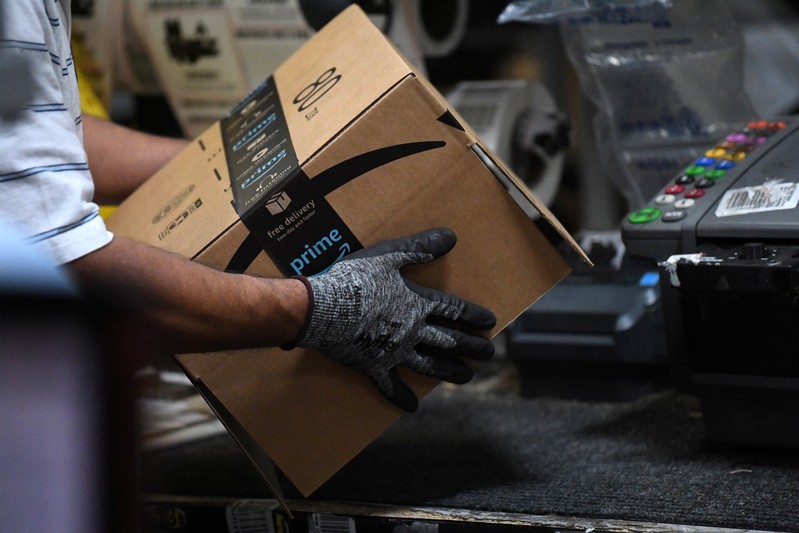 Amazon.com Inc is rolling out machines to automate a job held by thousands of its workers: boxing up customer orders....

Now they need to automate the Amazon same day delivery drivers who can never deliver my order on the same damn day.

Amazon is doing this to keep the cost of the stuff you buy from them from increasing in price because of wage pressure.

The smart guy would be the one invested in the companies that design and build these machines.

Amazon is doing this to keep the cost of the stuff you buy from them from increasing in price because of wage pressure.

They are actually one of those company that want to have the cake and eat it too. So far, they have been successful. They can both be a virtue signaler and a “pioneer of the latest AI and robotic tech” and no one would question them, bc of that oh-so-sweet 2-days shipping people cant live with out. And let not forget the wealth redistribution program that is “prime for low-incomers”. Ever since that article (June '18), Prime membership has been jacked up from $99 to $120 annually. 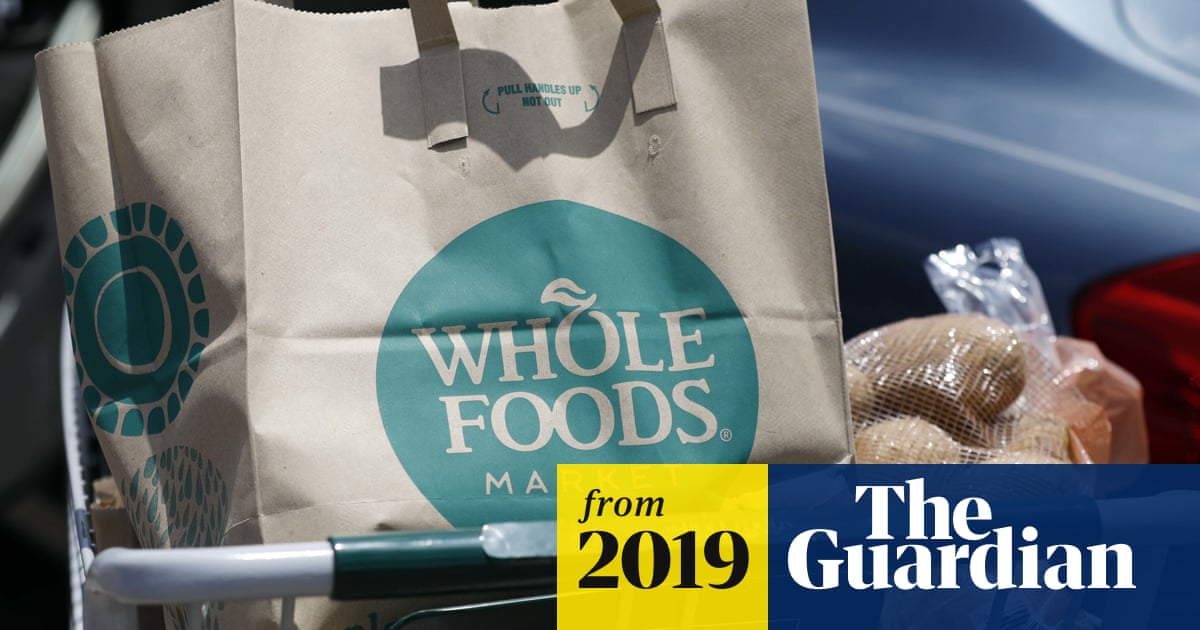 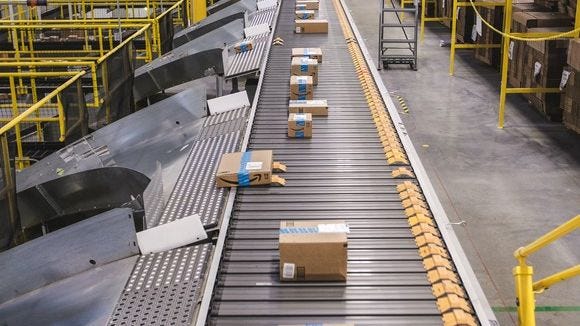 The move could help Amazon stave off accusations of elitism

I like the idea that Amazon ($AMZN) will help small businesses - mostly delivery business - and have them deliver their Amazon products. 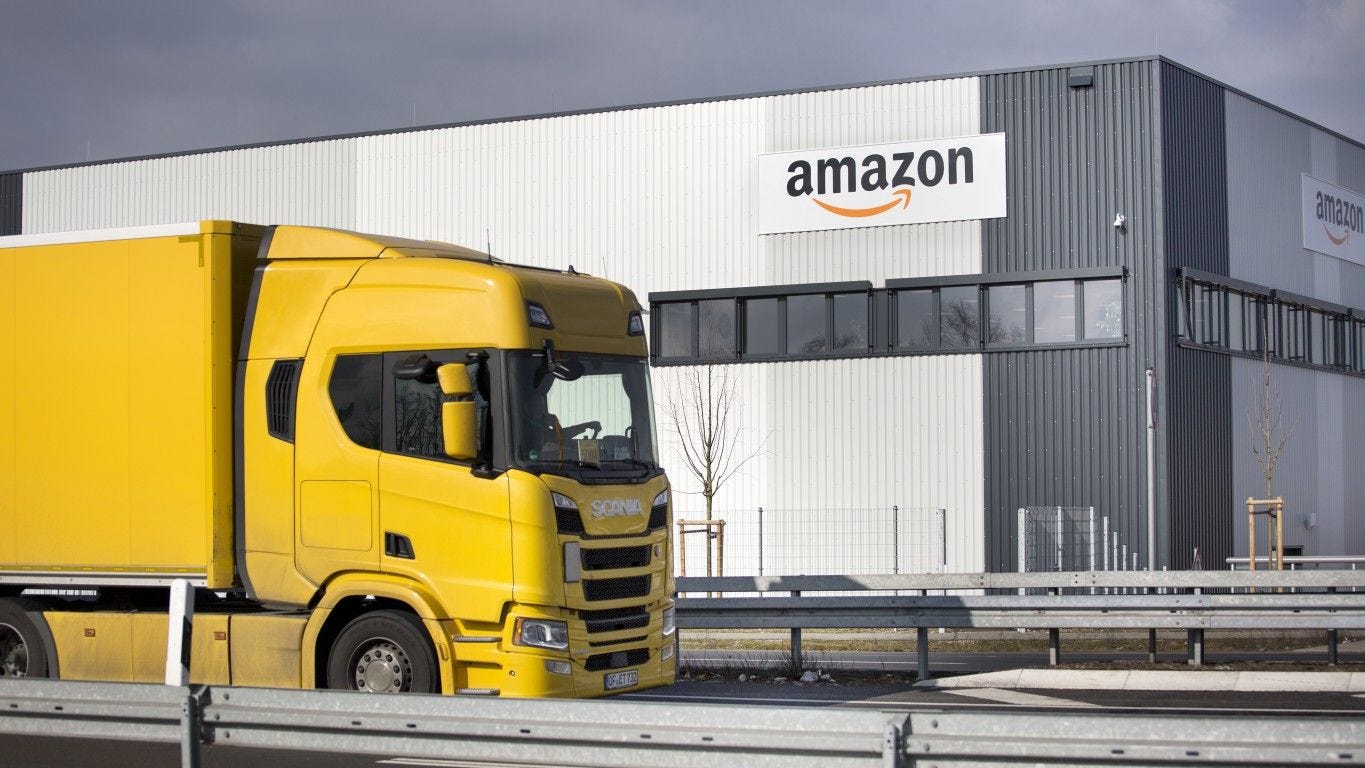 Amazon wants to help employees start their own delivery businesses

Amazon is expanding its delivery service program. The company plans to pay employees to start their own package delivery businesses.

I am sure not everyone is on board with this.

They currently outsource their same-day delivery service. It’s absolute garbage. Letting entrepreneurs in is probably a better solution so long as their is potential to earn and dominate the competition for local delivery.

That’s called the response to the rise in minimum wage and social engineering.

If you think this is bad, wait until we no longer need humans to repair the machines.

Scientists Create Self-Repairing Robot That Is Also 'Self Aware'

Scientists invented a robot that is "self-aware," which means, it can learn what it is — from scratch. In just about a day of in-depth computing, or a brief "babbling" period, the robot initiated "self-simulation."

Crap like this is why other countries like Japan have been talking about a Universal Basic Income for years. This has been coming down the pike for a long time.

Just until they figure out a way to automate that too.

That’s called the response to the rise in minimum wage and social engineering.

I’d go feckin nuts picking out & packing orders 8 hours a day. Like the poor fool I saw on How It’s Made. An onion inspector. No doubt that job has a high suicide rate. Any repetitious job screws up your head. Imagine inspecting onions as they fly by on a conveyor belt.

Personally, I wish they’d just go ahead and automate 47% or whatever jobs that require a HS diploma and start issuing a Universal Basic Income now. I mean honestly, I work in manufacturing and how fulfilling is it to make a product you know is going to need to be replaced with a year or two because that’s the business model for practically everything now? If shit wasn’t so damn expensive, I’d happily pack boxes in a warehouse for half what I make. I just can’t afford to. And if I got rid of the stuff that is the reason I can’t afford to : mortgage, car payment, my “friends” on the right would simply say I don’t deserve those things anyway. I’m sick and tired of working under people with degrees who don’t have any idea what I’m doing or even what the machinery I work on does. Everything we do is set up by the engineers, but we answer to managers. Managers with business degrees who aren’t engineers. Managers who don’t know our jobs. Managers who don’t know our processes. Makes sense, doesn’t it? I guess though, if we were under someone who actually understood our roles, we’d be more likely to be paid what our jobs are actually worth, and really who wants that?

You can always pursue a trade or a degree in your spare time, either online or in person, if you really want to change your current situation that badly. Also look into budgeting if you havent already, and pay yourself 10% of what you earn every pay period and invest that in an index fund or low fee / expense ratio either thru a broker or by yourself (Im using M1 investing, a website / mobile app) to start accumulating wealth. Id recommend a fund that tracks the S&P500 for safe and stable dividend yield.

Ask your company as well if they have any leadership training for someone in your position, because what you are describing there is a problem every company face: lack of communication and transparency. Some company would be happy to train one of theirs up to a managerial position, someone that knows how manufacturing works already, instead of hiring an outside to manage existing personnel. Again, this would take initiative and some sacrifice on your part.

Personally, I wish they’d just go ahead and automate 47% or whatever jobs that require a HS diploma and start issuing a Universal Basic Income now.

With that said, Im very much against UBI, which is the minimum wage on steroid. Rent, cost of food and living, taxes would increase in kind, which makes that X amount of money per month worthless in no time.

I’m sure some would. Then there are the majority that have no interest in doing that because if they did, their management employees would want to be paid more. It’s always easy to play armchair quarterback until it’s you in that situation. Don’t preach to me about taking initiative and sacrifice. I’m where I’m at without a college degree. In an industry where my position now requires a 2 year degree. The position I’ve had for over ten years. The job hasn’t changed. The managers have though. Several times.

Honestly, Wiley I think Supperhey was trying to give you encouragement not trying to preach to you.

When I read your post you came across rather…bitter.

I have a comptroller in my company who is amazing. But, she can really tick people off sometimes when she questions some things like purchases made.

No one who is competent likes to be questioned or managed. Unfortunately, you haven’t walked in the shoes of management nor has management walked in your shoes.

It is a shame that people can’t step into each other’s shoes for a moment in time. It would be a beneficial experience for all parties involved.

No one who is competent likes to be questioned or managed. Unfortunately, you haven’t walked in the shoes of management nor has management walked in your shoes.

Actually I have. Like I said, its always easy to armchair quarterback. I’ll also take any “advice” from random strangers on the internet with a grain of salt. No offense. You don’t know me or my situation any better than hey does. I don’t need encouragement. I’m simply stating what is as I’ve seen it. YMMV. You’re certainly welcome to take what I say with a grain of salt as well. I couldn’t care less.

Like I said, its always easy to armchair quarterback.

My mistake. I tend to think people can always use encouragement when they are not in the most optimum place in their lives.

Good to know. I’ll keep that in mind.

In an industry where my position now requires a 2 year degree. The position I’ve had for over ten years. The job hasn’t changed.

Time changes. If you are content with where and what you are, then enjoy it. If you are not, then change with the time. My $0.02 contribution toward your UBI fund.

Shareholders are the owners of the company and they better be looking out for them or they move on.