People are going to have to start paying “their fair share” in taxes. I look at my pay stub every two weeks and I think I am already paying my fair share and then some. I also don’t want to drive an electric car and if someone is going to tell me that I am responsible for the climate of the planet changing - I’d like to see some proof of that.

Rep. Alexandria Ocasio-Cortez sat with Anderson Cooper for an upcoming 60 Minutes interview set to air this Sunday, a portion of which has been released as a promotion. In the released segment, Ocasio-Cortez reveals how exactly she suggests paying for the environmental agenda known as the “Green New Deal” — with remarkably higher tax rates for the super wealthy.

Ocasio-Cortez suggests in the clip that in her esteem, people should be doing more to pay their “fair share.” When Cooper pressed on how she could possibly pay for the deal, she pointed to the progressive tax rate system in the 1960s, explaining that if you earn 0 to $75,000 a year, you would only pay 10% or 15% in income tax.

“But once you get to the tippie tops, on your $10 millionth, sometimes you see tax rates as high as 60% or 70%. That doesn’t mean all $10 million are taxed at an extremely high rate. But it means that as you climb up this ladder, you should be contributing more.”

Cooper replied that she was proposing a “radical agenda.”

“If that’s what radical means, call me a radical,” she said.

The newly elected New York representative has quickly become something of a lightning rod of attention for people of all political stripes, so this suggestion is certain to get as much attention as the recently revealed and viral clip of a teen-aged AOC doing a Breakfast Club style dance on a rooftop.

Watch above, via CBS.

Taking all the money from rich people is a great idea! What could possibly go wrong? They certainly wouldn’t move somewhere else. Or have less incentive to grow businesses and create jobs. Don’t you just love socialism!

Boston University should be ashamed of granting an economics degree to this woman. This is what diversity quotas in academia gets you.

But it means that as you climb up this ladder, you should be contributing more.

So what’s the point of climbing the ladder.

Wasn’t this dumbass just complaining that she couldn’t afford an apartment in Washington DC?

Maybe she should look up her salary and what tax bracket she is in. She could be the first to be taxed at 70% and see if she can still afford her apartment in Washington DC or not. It’s a simple test.

what she means is she can’t afford an apartment in Washington DC in a safe and trendy area.

She needs a place where she can dance on the roof.

So-called “progressivism” has become just an excuse to financially molest others to make them pay for things the progressives could try to fund on their own.

Remember when Obama gave all of those sweetheart deals to of those “green” companies that mysteriously all went under within a few years? This is how they funnel taxpayer money to themselves.

She has no idea how any of this works! Hey Ocasio, what do you do for money when they get up and leave? Take a trip to Venezuela before you open your mouth.

In the future she should be referred as Occasional Cortex.
Cause that’s how she works it.

Indeed! The DNC is grifter land. And nobody grifts better than, makes me feel sad for the rest.

I do. They built a huge semi conductor plant in Clarksville, tn that went bankrupt just before opening.

Are you sure it is Occasional?

What is a tippie top?

Oh, that’s right! There is a chapter on that in Advanced Economics titled, “When You Get to the Tippie Top”.

I do believe that is on my IRS tax bracket form as well.

This girl is so stupid it is amazing. Yet she has this way of presenting herself as though she is absolutely so dead on right you want to question yourself for a fraction of a moment.

I wonder if even she truly believes her own drivel.

But it means that as you climb up this ladder, you should be contributing more.

Great argument for a flat tax.

In the future she should be referred as Occasional Cortex.
Cause that’s how she works it.

Sporadic, random, and extremely rare might be a lot closer but it’ll do.

Let’s start with taxing her salary, since she is making 6 figures now
Why dont you lead the charge Alexandria, then for sure you will whine about not being able to afford to live in DC but you can bunk up with your other socialists or ask Bernie to stay in one of his 3 houses. 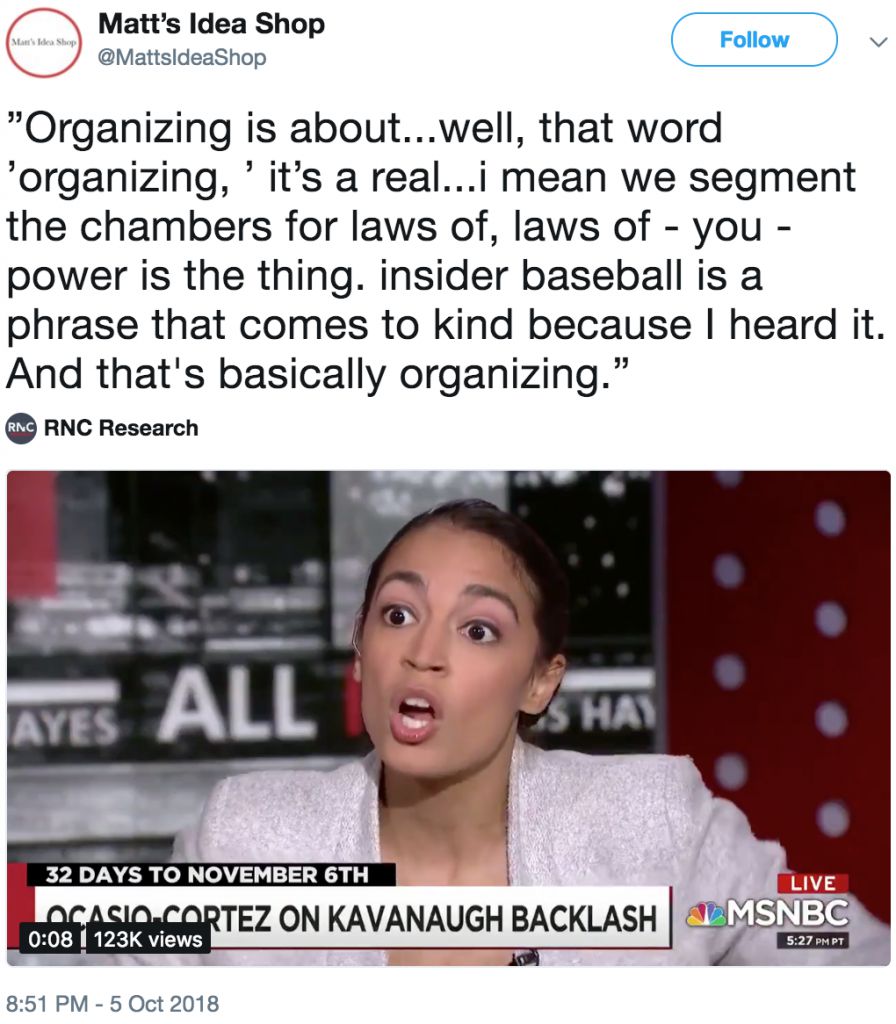 Alexandria Ocasio-Cortez is hit-for-hit retarded — a whole new level of helmet wearing crayon munching. Here are some of her greatest hints: claiming to be able to sign bills, musing the idea of forcing every citizen to buy an electric car, appealing to the ■■■■ by pulling a Warren, appealing to commies/poors by claiming to be poor when she grew up a millionaire, threatening someone who made a Venezuelan pinko joke with legal reprimand over Twitter, and proposing trillion-dollar healthcare reforms. And don’t forget pic-related!