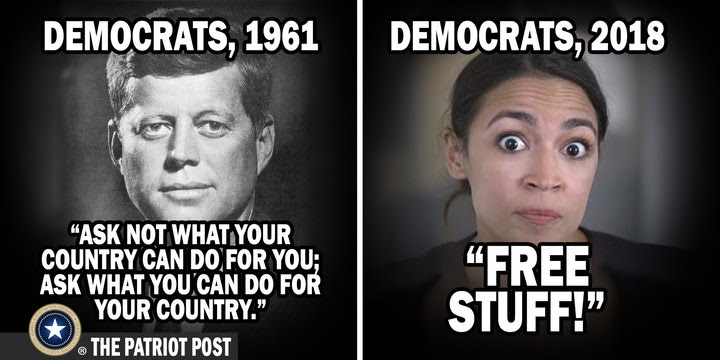 The salient question Anderson neglected was "what about those earning 5 mil; 1 mil, half a mil? 250K?. Cortez/Maduro/Mugabe types never discuss where those ultra high tax rates kick in.

Even if you had rates as high as Cortez dreams, it would do little to change anything. The new revenues would simply be squandered on expansion of pandering programs, and the costs of 20 million new welfare recipients.

The other problem is that like Zimbabwe, or Venezuela- the money train would pull out faster than a bullet train and places like Singapore, etc. would see their wealth explode. Americans love America; what the left desires is not America.

You’ll notice that in almost every case “the rich” are people who make more than they do.

The DNC and the elites, socialists included, is chock full of incredibly rich people.

No, they use envy, subsist politically on envy, but in the end it’s all about the idea that private charities, businesses and even Persons and families should not be competing with government. Government should educate, care for, dictate, and lord over We The People … for our own good of course because we’re a bunch of expendable extras to the Left, who should not manage our own affairs.

What is a tippie top?

Oh, that’s right! There is a chapter on that in Advanced Economics titled, “When You Get to the Tippie Top”.

I do believe that is on my IRS tax bracket form as well.

This girl is so stupid it is amazing. Yet she has this way of presenting herself as though she is absolutely so dead on right you want to question yourself for a fraction of a moment.

I wonder if even she truly believes her own drivel.

She does. She is just that ignorant.

The DNC and the elites, socialists included, is chock full of incredibly rich people.

Many are not really in office to serve the country, rather for the country to serve them, expand their power and become wealthy at the expense of those who voted for them.

I swear I’d pay good money to see her in a debate with Mark Levin.

Harry Reid’s net worth increased by something like 10,000% while he was in the Senate.

She couldn’t win a debate with a pay toilet.

She’s a low-iq champagne socialist - muh free this muh free that. Paid for by taxpayer and people like Cortez of course live like kings while the actual workers are worse off. Typical marxist/socialist/communist.

The hardscrabble biography of Democrat Congressional candidate Alexandria Ocasio-Cortez has been called into question after the revelation that she grew up mostly in wealthy Westchester County.

Her father, who tragically died from lung cancer in 2008, was an architect and the CEO of Kirschenbaum & Ocasio-Roman Architects, PC, which focused on remodeling and renovations.

‘She grew up in a working-class household where her mother cleaned homes and everyone pitched in on the family business,’ the bio continues.

It is an apparent contradiction with the candidate’s official biography, which states in part: ‘The state of Bronx public schools in the late 80s and early 90s sent her parents on a search for a solution. She ended up attending public school 40 minutes north in Yorktown, and much of her life was defined by the 40 minute commute between school and her family in the Bronx.’

I’ve come to suspect that if these people had their way all proprietorships would be a thing of the past as you can’t do things like insider trading to enrich yourself if you can’t buy in.

He did it even more dishonestly than that. He and his son bought up vast tracts of desert land for example then pushed through “green legislation” providing huge subsidies for a green energy product. It just so happened those were the exact acreage blocks needed by one of his biggest contributors for his solar energy project.

When the project was approved they then sold the land to the contributor for the project.

These are the same people bitching because Trump is “profiting” from visiting dignitaries etc who stay in his DC hotel… .

Why else would these people be willing to spend tens of millions of dollars often times everything they have themselves as well as “donor money” to win a seat that pays them less than 200k a year?

And a good spokesperson for the D party, which is full of loons.

I wonder if Cooper asked some challenging questions, or if the interview is a softball? My guess is the latter.

I’m not going to watch to find out.

I agree. I think she totally believes it, as other socialists also do.

I swear I’d pay good money to see her in a debate with Mark Levin.

For reference: Ben Shapiro kept saying that she should debate him and she said that he was cat-calling her. It was definitely one of the friendliest softball interviews I’ve ever watched.

What else can she say, he’d eat her for lunch.

Apparently we are all wrong and stupid. AOC understands economics at a Nobel prize winning level. So says the NYT. 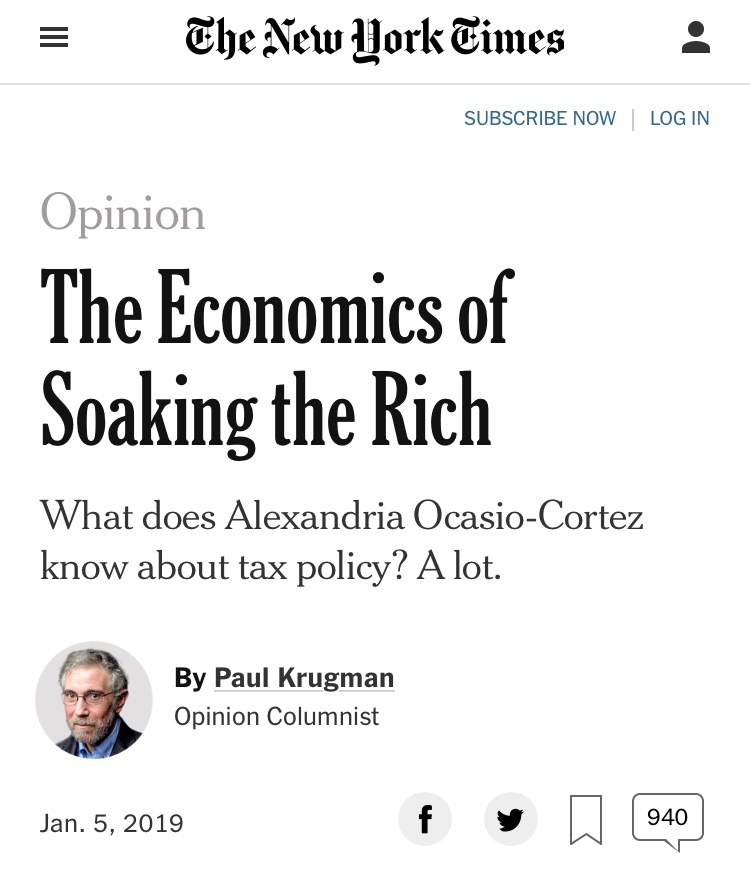 Which is why she avoids them. Somewhere inside the cortex that occasionally functions, she knows this.