Alexandria Ocasio-Cortez pulls a Hillary Clinton with a Fake Accent

Ocasio-Cortez speaks in an accent that she never uses while telling a room of predominately black people that there is nothing wrong with them folding clothes, cooking, and driving other people around on a bus for a living.

“Ain’t nothing wrong with that.”

So… she sees black people as the low skilled people. It’s the libs who look down on people without an education. She is mixed up.

…never heard her say “ain’t” before. Soon she’ll pull out a bottle of hot sauce. 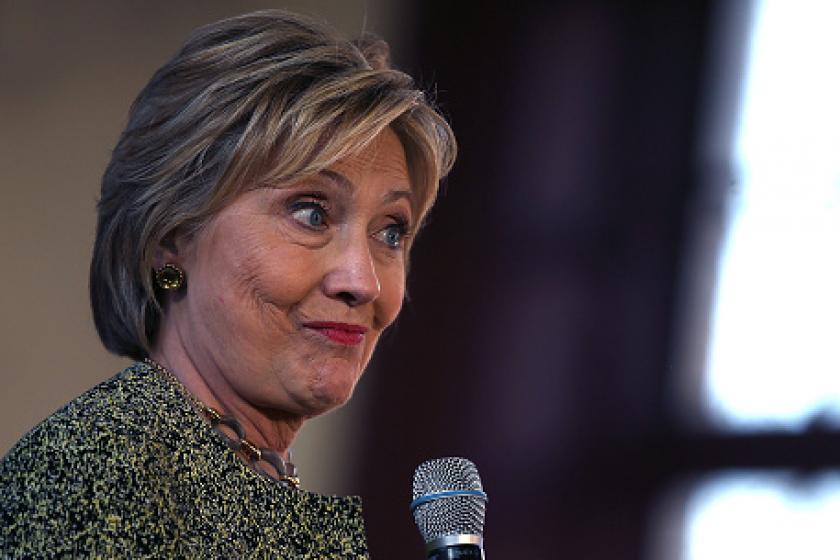 Clinton stirs anger by claiming she carries hot sauce in her bag, like Beyoncé

Hillary Clinton has black voters to thank for carrying her to several primary victories, but some are now wondering if a comment aimed at black listeners on 105.1's The Breakfast Club maybe went too far: Hillary Clinton says something that she...

I would not have believed it if I hadn’t just watched it. She pulls those syllables harder than Louis Farrakhan. What a clown.

The scarier part is people are cheering and clapping for her. I wish we could see the members of the audience’s faces as she is speaking like this. I seriously have a hard time believing that most are buying her act.

I didn’t understand what she was doing though. I’m from NJ and I work in NYC. That’s not how NYC blacks or hispanics talk at all. I work with this Puerto Rican liberal dude who is slowly turning conservative because of AOC. I’m showing him this on Monday.

If they had half a brain they’d be insulted.

Then again, who with half a brain wastes time they can never recover by going to see AOC?

And the dumb ass had the nerve to defend her fake accent.

Not only that, people are coming out and saying that it’s totally normal for someone who is a minority to do this. Apparently it’s something called “code switching” and only poor minorities do it when switching between their own group and whites.

I think it’s an excuse for talking like a ghetto thug.

We saw this with Obama.

He never slipped into Ebonics when talking to a black audience, but his manner of speech did change
to the short, clipped style of a Baptist minister.

Code Switching is a real thing. The fact that you don’t have to do it and have to explain to others what it is just means your white privilege is showing.

I don’t see how any person of sound reason and charitable heart can see the rise of this young lady as anything but a modern Greek Tragedy. I must presume good intentions, but she’s woefully under-equipped to be a politician, let alone a member of congress.

Code Switching is a real thing. The fact that you don’t have to do it and have to explain to others what it is just means your white privilege is showing.

Code switching is real for people whose first language is not English, or for ghetto trash who want something only an articulate person can provide them.
AOC was raised middle class Hispanic, not ‘Ah axe you dis heah, webby mah wefah check!’ AOC is a clown, and just another Dem. race hustler.

What is telling is that she doesn’t know it so keeps plunging ahead anyway. Her ignorance is literally her bliss.

She has (and I believe through ignorance) broken through the “in the box” thinking; the lock step that the old guard demands.

The old guard is left like a fish out of water flopping around because they can’t control her.

She is, and their reaction to her is, rather amusing.

I believe she is going to bluster her way through. IF she can clue in and deliver to her district and is voted in again she will become a career politician.

People can label it whatever they wish.

Shysters change their vernacular when they enter scamming mode.

Code-switching or language alternation occurs when a speaker alternates between two or more languages not accents.

This is something people who aren’t even comfortable in their own skin do in an attempt to connect with people they feel are beneath them.

I think she’s flamed out. The moron that burns twice and bright lasts half as long, and she’s been a moron par excellence. Her own party is going to turn against her next. And I’ve read she’s been ignoring her own constituents. She needs to start thinking about being re-elected, but she’s too busy spouting her ■■■■■■■■■■■■■■■■■■■■■ bullshit and undermining her own party.