A "Well-Regulated Militia." What Does This Mean, Exactly?

The 2nd Amendment, in the U.S. Bill of Rights, states: “A well-regulated militia being necessary for a free state, the right of the people to keep and bear arms shall not be infringed.”

What does “well-regulated” mean, exactly? Theoretically speaking, focusing on the word “well-regulated,” would it be infringing on someone’s second amendment rights for the state to require them to go to the range/train every so often? Or take a class at a private training institution (or at an NRA-sponsored class) before they buy their first firearm? After all, they need to stay up to par in their marksman skills. Would this be violating the 2nd amendment? Sorry if this is a stupid question.

It means “orderly and well functioning” it does not mean federal regulation.

We no longer have a well regulated militia. Seems the military and national guard have taken over the responsibility for defense and security.

Exactly. And thus, shouldn’t they be required to train every so often? Kind of like a medical license. Every two years or so, they are required to retest for their license and take continuing education courses to brush up on their knowledge. And of course, actually practice medicine.

No. It was specifically written to keep the government out of the affairs of the private militia.

That’s not what it means. It means that I have the right to keep and bear arms and form a militia with my fellow citizens should the need arise, in response to government tyranny and overreach.

I’ll take it for what it says, …”a well regulated militia being necessary for the SECURITY of a free state…”

Exactly. And thus, shouldn’t they be required to train every so often?

You would think, if it was actually being done as intended. But with a standing army and national guard having been created to provide defense and security, it’s all pretty moot now…

The militia is to be "well regulated’ meaning operating properly, in good order, “a well regulated clock keeps proper time”.

It has nothing to do with regulation of firearms.

You cannot have an effective citizen militia unless they keep personal arms and are familiar with their use.

To be sure, Congress need not conscript every able-bodied man into the militia, because nothing in Article I suggests that in exercising its power to organize, discipline, and arm the militia, Congress must focus upon the entire body. Although the militia consists of all able-bodied men, the federally organized militia may consist of a subset of them.

Unless and until the militia has been called into active federal service the federal gov’t has no power over it at all much less on the individuals who make up the whole of the militia.

There’s certainly nothing in the 2nd that authorizes the federal gov’t to regulate privately owned arms.

Exactly. And thus, shouldn’t they be required to train every so often? Kind of like a medical license. Every two years or so, they are required to retest for their license and take continuing education courses to brush up on their knowledge. And of course, actually practice medicine.

There is no such thing today as “Well-Regulated Militia”. Think about if people “gathered and trained”. What would they be labeled and what would the repercussions be?

But, you have posed a great question, Flame.

Implicit in the debate between Federalists and Anti-Federalists were two shared assumptions. First, that the proposed new Constitution gave the federal government almost total legal authority over the army and militia. Second, that the federal government should not have any authority at all to disarm the citizenry. They disagreed only about whether an armed populace could adequately deter federal oppression. 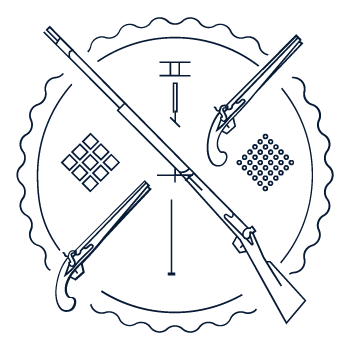 The 2nd Amendment of the U.S. Constitution

A well regulated Militia, being necessary to the security of a free State, the right of the people to keep and bear Arms, shall not be infringed.

In the terms of the day the Regulars were those that had their Arms provided for them and Militia classically brought their own. Regulated and Regular are related in this context and it relates to provision.

This is not a declaratory clause relating to an enumerated power (the specific enumerated Powers for Congress to govern the formation, calling out and training of the Militia were given in A1:S8) but is a justifying statement that explains the right subsequently recognized.

A Militiaman was expected to provide their own Arms suitable for service therefore the Federal was forbidden to attempt them to from trying to do so. That logically should include all necessary related things, like ammunition. But the right itself, though justified relative to the Militia, is absolutely an individual one.

Please note: it would be lawful for Congress to require persons eligible for service with the Militia but ALL current federal gun laws do not do this and they exceed Congress’ delegated power as it touches on anyplace within the Jurisdiction of a State.

Now, about the spurious notion of incorporation: the purpose of the 14th’s “privileges or immunities” clause was to delegate a Power to Congress to legislate federal civil rights that the several States (State actors) could not disparage. It was NOT added for incorporation. This is actually easily proven.

But “incorporation” is also not necessary because in A4:S2:C1 the States were already required to continue to honor the Privileges and Immunities that, at a minimum, they were already honoring among all of them at the time the Constitution was Ratified (this leaves out arguments arising from common or natural law). The right to bear Arms was absolutely in common among all the several States that Ratified and indeed they would still be colonies if it was not for this right. This too was for Arms usable for common military service, even light canon, and so all State laws preventing ordinary Citizens from actually owning Arms suitable for current infantry are also excessive to what they should lawfully be able to do.

It is important to argue the correct part of the Law.

As for what are NOT the P&I the States are to honor or likewise what are NOT among the other rights retained per the 9th Amendment, well, that is actually fairly easy to circumstantially demonstrate: anything unlawful in any of the several States that Ratified is not a P&I … never mind something generally unlawful (as homosexual acts or adultery generally were).

A lot of militia groups have been unfairly labeled as “Far Right Extremists” by SPLC and by people in government themselves! IMO, and correct me if I am wrong but these very same groups are within their constitutional rights to be participating in such groups, so when I read about the groups trying to defend the southern border and government particularly the state of New Mexico coming out in trying to stop them, where does the constitutional right fit into the argument in such legal recourse? Why does it not get challenged when clearly such states like New Mexico are violating such rights?

I don’t know the answer to that, and it is another good question.

Anyone to the right of McGovern is a far right extremists to that bunch of Useful Idiots as the Southern Commie Law Center.

SPLC is the largest and most well funded hate group in America other than the DNC.

What does “well-regulated” mean, exactly?

Theoretically speaking, focusing on the word “well-regulated,” would it be infringing on someone’s second amendment rights for the state to require them to go to the range/train every so often?

Yes. First because only enrolled and notified citizens – those who are actually members of the militia – are bound or under militia regulations. This follows the rule of statutory interpretation, “expressio unius est exclusio alterius” (the express mention of one thing excludes all others).

This means that people or things not expressly listed in the law are not included in the operation of the law. IOW, private citizens who are not enrolled in the militia are not bound by militia law. Being enrolled alters a citizen’s legal status on quite a few things; being in “actual service” takes it a step further, see the 5th Amendment.

Yes, for a second reason, because the 2nd Amendment itself has no militia regulatory action or authority. Whatever authority government might have of a citizen and their gun does not flow from the 2nd Amendment, it comes from Article I, Section 8, clauses 15 &16 in the body of the Constitution. Beyond the (now defunct) government’s militia authority over the citizen and his gun, (again, only for enrolled members) there is no power granted to the feds that would allow the feds to have any interest in the personal arms of the private citizen.

Or take a class at a private training institution (or at an NRA-sponsored class) before they buy their first firearm?

That could happen but only under state law. States do retain some authority to set some rules of ownership and possession (especially the carriage of arms). These laws must now not violate the 2nd Amendment since the 2nd has been incorporated against state action in 2010, but the scope of that has not been fleshed out yet.

I’m pretty sure you need your local governments permission to form a militia. Which I disagree with… but puts a barrier up

It means that I have the right to keep and bear arms and form a militia with my fellow citizens should the need arise, in response to government tyranny and overreach.

There is no enforceable right to form militia – for as long as the Constitution is in force. “We the People” conferred (surrendered) the power to call up, organize, train and deploy citizens as militia so we can not claim any right to do so. This was affirmed in Presser v US:

Any right we possess to form a militia and fight a tyrannical government is only actionable after “We the People” rescind our consent to be governed and reclaim the powers we had conferred through the Constitution. Until that happens, the government could enforce laws that bar private citizens from, “associat[ing] together as a military company or organization, or to drill or parade with arms.”

The federal government already attacked the militia movements of the '80s and '90s. They still exist but not like they used to.

What I would like to see is the government apply this interpretation of the law to Antifa.