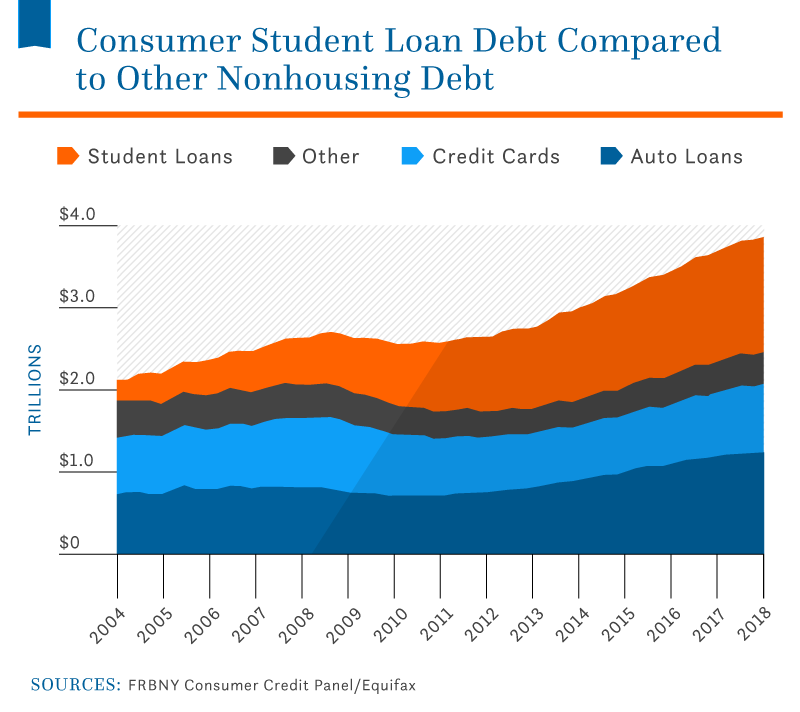 There seems to be a general lack of understanding of how the scam works. So I will describe it quickly:

If you want to attack the modern shitlib psycho left in the US, you have to go after university funding, and that means tearing down the entire student loan scam. The fact that Trump refuses to do this is a huge disappointment and a vast missed opportunity.

Wow if people knew how to budget their credit card expenses, buy economic/used cars, and refrain from going to college unless scholarships paid the entire amount, we’d be fine.

There’s another long lost method for attending college of you really want to go, PAY AS YOU GO.

Takes longer and you have to work as you attend college but you finish debt free.

Takes longer and you have to work as you attend college but you finish debt free.

True, except that would take an extra 4+ years to an already bloated 4 year degree (thanks to the overpaid “diversity and inclusion” czars every university is hiring), and the market is becoming ever more saturated with whatever youre studying every year youre delaying it.

The B.S. degree is the new high school diploma, and having it doesnt even guarantee a job anymore. At most, it guarantees that some hiring clerk will spend roughly a minute reading your resume.

Took me 8 years to finish my BSEE. And no it wasn’t equivalent to a HS degree.

I went for a reason, for an education whereas many attend as it what they were told they had to do.

Took me 8 years to finish my BSEE.

And when was that, good sir? It is a different time now. Did you have to take a total of 2 semesters of required indoctrination classes back then?

No there were no indoctrination classes.

My daughter graduated a year ago no indoctrination classes. But then again she attended a private college. My daughter won in the parent department. She’s bright and had a 30K a year merit scholarship and I covered the rest.

I find it interesting how parents do not save to help their children with college. I watched a friend buy an RV, boats, jet ski’s, time share and when college time came for the kids, want to go to college, get a student loan.

My daughter graduated a year ago no indoctrination classes.

I guess it’s a local, commiefornian thing and has not yet spreaded through other school; but then again, I also went to a public school, but that wouldnt make a different regardless in commiefornia.

The required classes were philosophy and writing in general, but the themes were post-modernist and Marxist in nature. I had to take those on top of the blatant “diversity” requirement I almost did not take (and if I didnt, my graduation would be delayed).

I realize that my comments about the bleak bloated curriculum, as well as the hyper-competitiveness I experienced as a prospective student and employee might not apply for the rest of the country, tho dont let that fool you, bc this illness will only spread through academia elsewhere and not just contained within commiefornia.

I find it interesting how parents do not save to help their children with college.

Sacrifices are hard to make, and they probably didnt want to even look at the climbing rate of college nowadays. Like I said, educational quality has an inversely proportional relationship with the etra amenities and “artworks” being offered by most colleges now that it looks more and more like an adult-daycare than actual higher learning institutions.

it looks more and more like an adult-daycare than actual higher learning institutions.

Yeah, a place for drinking/fucking and, of course, SJW circlejerking.

r/unpopularopinion - College is the most overrated bullshit ever

That is why I advocate going to a trade skill school in which people can learn actual skills for the job they will be training for, such as machinist, welding etc. But for those wanting to be engineers I wonder if there are alternatives for that than taking stupid forced electives?

For students who want to be engineers, we should just have them focus on engineering. Get rid of the electives and add more technical classes.

According to Bill Gates. Over 44 million Americans collectively hold more than $1.4 trillion in student loan debt and only 54.8 percent of students graduate in six years. This means that millions of Americans are taking on thousands of dollars in debt without a diploma to show for it. Over 30% of college students drop out after their first year of college.

Gates attributes this to the high cost of a college education. That might be so for some but as I see it the high drop out percentage has more to do with the students not being prepared for college.

As you see it, huh? Good thing we’re resorting to making shit up now. Facts be damned.

And fuck Gates. Just another out of touch, elitist, globalist prick.

“I’m a bad influence. That’s why I was invited to speak at your graduation. If I had spoken at your orientation, fewer of you might be here today.” The Harvard Crimson called him "Harvard's most successful dropout" the rest of the world just calls him ridiculously rich. For more than a decade, Bill Gates has been one of the wealthiest, if...

Gates was a drop out himself. A dropout that had Mommy and Daddy paying for college that he “could go back to at any time he wanted.” Again, fuck that guy.

Gates explained his decision to leave Harvard, saying "… if things [Microsoft] hadn’t worked out, I could always go back to school. 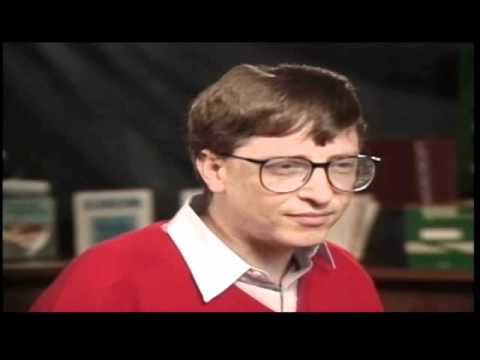 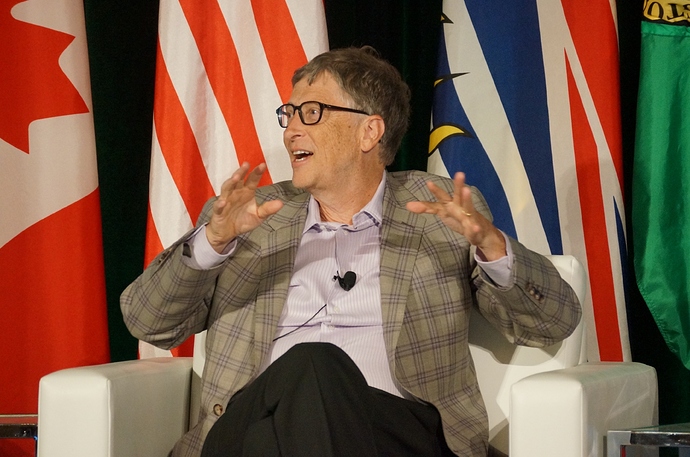 Bill Gates: Voter opposition to globalization is ‘a huge concern’ — and a...

Bill Gates has seen first-hand the benefits of globalization, as the co-founder of Microsoft and a leader of the Bill & Melinda Gates Foundation. But he's also watching the groundswell of populist…

The same Bill Gates that is profiting off GMOs and pushing them on the peasants, but won’t feed them to his family or his employees, or consume them himself. Again, fuck that guy. 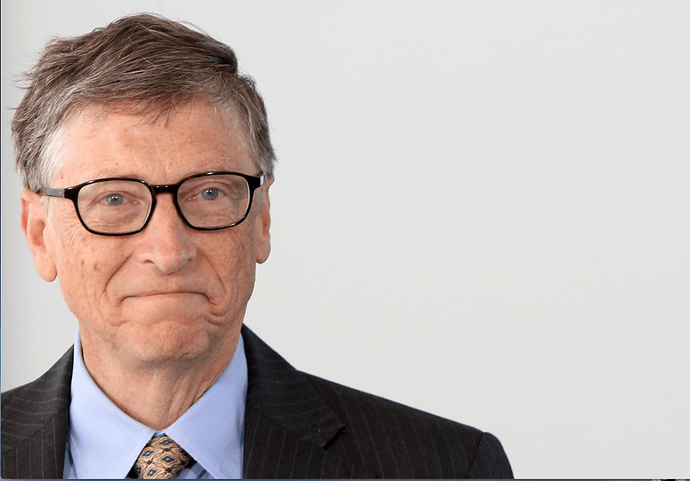 Following the thread of the Gates' narrative, one would expect the agricultural fields of Hawaii - the leading testing grounds for GMOs in the U.S. - to be bustling with low-pesticide, climate-resilient, vitamin-enhanced crops. Instead, the large... 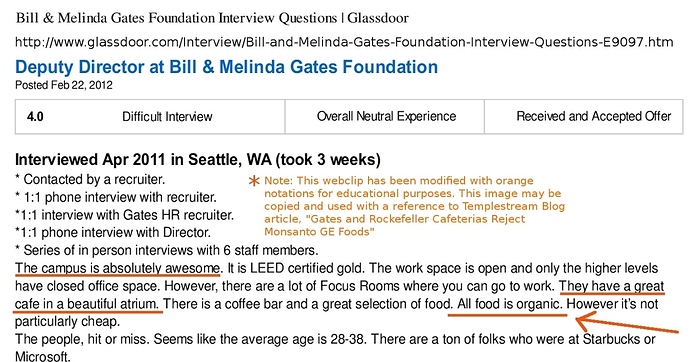 (02/29/12) Monsanto employees are on the backs of their heels this month attempting to stave off negative press arising from ...

College is not meant for everyone.

This is the reason many drop out the first year.

Secondly, student loans should be sparingly used, unfortunately they are easily available to every student. Many parents are not financially prepared nor do they prepare their children to be ready for the financial cost of college.

Gates should bely up tp the bar and spend some of his trust money and help out this deemed worthy of college.

I would like to see more money used for Apprenticeship Programs.

This is the results of Obama’s everyone should attend college and this is government and w are here to help.

I think capping the amount that is federally guaranteed would be better, cap them at the cost of the average state university tuition. I don’t mind accepting a little risk for the average cost of a degree, given the power of the fed to recoup the money if you try and default, bankruptcy can’t save you, they can take your tax refunds etc. What I do mind is being asked to guarantee hundreds of thousands of dollars of risk for elite ivy school tuition.

When the government started issuing these loans college tuition started going up and has yet to level off. Someone is making a shit load of money and it’s not the professors. Most professors earn a good salary but it’s not going to make them millionaires.

As a technician, I really never needed the non-technical electives. So all the education was technical… 5 days a week, 6 hours a day, for 9 months. I trained to fix radios in the air force.

But then I went to college for a BS in electrical engineering. At first, I did not think that I needed non- technical electives like history, philosophy, and psychology but I enjoyed them. It is now 40 years later and I see how valuable those electives were in separating the engineer version of me from the technician version of me.
As an engineer, not only do I face issues whose resolution is aided by the perspectives that were born in those courses, but as a person my life has meaning beyond personal survival by relating to those things that I learned in the non technical courses.

You really don’t want people with skills that can change the world through electronics, genetics, nuclear energy - or any other science - plying their trade without some understanding of the world and themselves.

It’s hard to pay for all the diversity and progressive requirements when you see just how much the useless things cost you,