A suggestion for Trump

So I was thinking about how to get the message out to the black community amid the latest controversy.

If I’m Trump, I do the following.

Book 10 venues starting Sunday the 21st of June. Invite the media. Set up live stream to Facebook, Twitter, youtube and to the Whitehouse.gov website. 1 in each battle ground state. Invite Joe Biden to debate and set up the topics for each one. If Joe doesn’t show up, (I doubt he will), invite extremely intelligent black Americans, such as Thomas Sowell, Candace Owens, Larry Elder, Walter Williams, Allen West, Herman Cain, Ben Carson, etc… and discuss policy with those individuals. What we need is a great, calm discussion about policy with black Americans to inform the public about policy. Even if Biden doesn’t show up, we send a clear message to America about why our policy is better than the nonsense Democrats are peddling.

Get the message out? He is already sending a strong message.

Under Trump, people can burn your church down, but your church can’t use the wrong pronoun.

Under Trump, blacks can lynch your kid in the street, but they won’t go to jail for it. 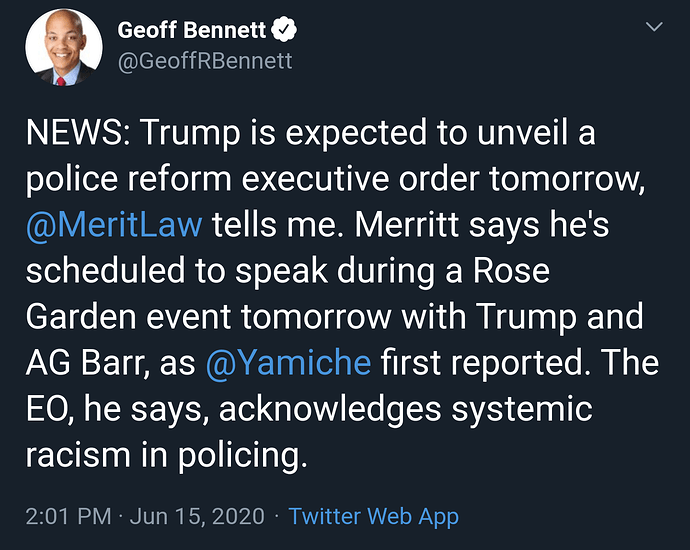 Get the message out?

Under Trump, people can burn your church down, but your church can’t use the wrong pronoun.

Under Trump, blacks can lynch your kid in the street, but they won’t go to jail for it.

Trump not delivering the goods for you guys huh…

get the message out to the black community

Fuck them. The fact that they even have their own “community” is disgusting.

No, it’s not. Christ, we have Christian communities, Asian, Hispanic, Italian, we have Corvette owners groups, Bikers groups… people naturally identify with people that have things in common with. That’s as American as it gets, it’s called freedom. This is part of the Republican problem. We refuse to acknowledge the fact that libtards have managed to convince a lot of them that we’re racists with ZERO supporting evidence. Reaching out by showing the best and brightest black Americans are actually Republicans is a pretty damn rational thing to do.

I see Monte has replied a few times here, even though he’s on ignore… he’s the exact example of a dipshit on the left that screams racism over and over until someone believes it. . . the problem is that no one’s buying it anymore. Most of us have very diverse families and don’t give a shit that he and others like him call us racists. We understand that they’re the real racists and the game they play is to try to get minorities to avert their eyes, lest they become aware that the real end to racism comes in limited government along with economic prosperity. The day they realize that, they no longer buy the bullshit from leftist racists that will do anything to keep the black vote intact.

Just take a look at those cities controlled by Democrats. Who the hell wants to raise kids there? Who wants to send their kids to schools there? Democrats are against school vouchers because IMMEDIATELY, people from poor areas send their kids to schools in MY area and the local schools get shut down because people flee in huge numbers. Why? Results. What they don’t get is that the results are driven by parental involvement, not funding. . . but that aside, it’s clear that the second you give people a choice or the ability, they leave those democrat shit holes behind and move to the Conservative controlled suburbs.

I don’t agree with that at all. I do think we need SOME police reform, such as making body cameras mandatory and getting rid of the police unions that protect abusive ass hats that put good cops in danger.

Not allowed to have white communities though, that’s racist.

Who said that, where is that law, and how is it that you don’t see that America is full of white communities…

America’s ruling class have decided it’s in their self interest to allow this “systemic racism” myth to continue as if it were true. They are promoting it all the time.

This is the cover they need to implement their agenda, not a real problem they’re addressing.

Civil Rights Act of 1964 - we had white communities prior to that.

That’s precisely what it did. The lead up to that law was forced diversity at gunpoint. 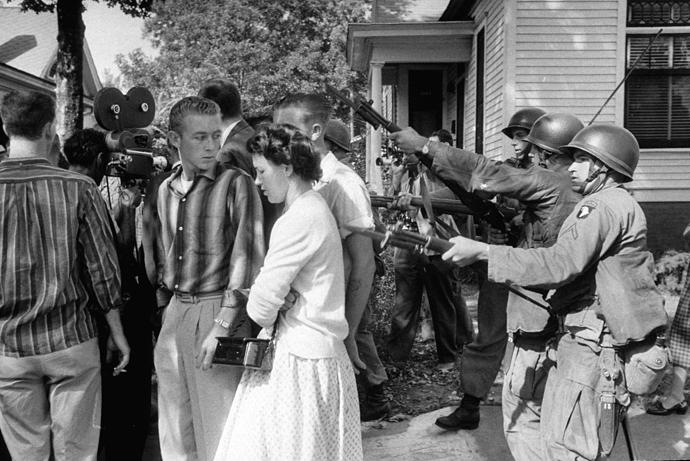 That’s precisely what it did.

aka- pretty much Trumps entire base.

And he let it happen.

I don’t want to hurt your feelings but we have Scottish communities, Italian, Irish, etc. They have advocates just like the black community does. We have Irish holidays like St. Patrick’s day… there’s nothing wrong with a black community advocating for black Americans. What there IS something wrong with is a political group telling someone they’re not black if they don’t vote for them. What there IS something wrong with is Thomas Sowell being called an Uncle Tom for not towing the Democrat party line. This is something we need to expose and we need the bully pulpit to do it. I don’t want to cater to anyone but I do want us to recognize that the left has become very adept at playing the “you’re a racist” game and we need to slap that crap down with great malice. Most of my black family members are Republicans. Why? Interaction made them realize white people aren’t inherently racists, it’s just bullshit fed to them by the left. People get angry when they realize they’ve been lied to for decades and they push back.

Yeah, figured the usual trolls would show up trying to wreck this thread.

And he let it happen.

Lol, the “suggestion for Trump”… Go home in January…