Have we reached that point yet? Talk of a National divorce is been mentioned lately on more than one occasion, so the question remains how realistic is that to actually happening? If we as a nation keep sliding down the slippery slope of eroding personal liberties and into the abyss of naked tyranny then outside from an armed conflict, which no body wants or can fathom, the next best thing is for Red states and Blue states to absolve their union amicably to one another and go their separate ways.

“United” as in United States is no longer united and it would seem its rather silly from this point on to keep propping up the lie under false pretenses that we are still America. When the premiere law enforcement agency such as the FBI has gone rogue to become a paramilitary force for the apparatchik communist regime residing at 1600 Pennsylvania ave, or when judges are outed as being Soros back ideologues and the DOJ seeks to exact revenge on political rivals, then as a country being ruled by a Federal Government that has subverted the rule of law and equal justice for all is no longer a tenable position to contemplate, and thus all options have to be on the table for those who find the current discourse of our nation intolerable.

A hypothetical declaration for your consideration:

When, in the course of human events, it becomes necessary for people to dissolve the political bonds that have connected them to a government, and to establish a new government to which the laws of Nature and God entitle them, they should declare the causes that impel them to the separation.

We hold these truths to be self-evident, that all people are created equal, that they are endowed by their Creator with certain unalienable rights, that among these are life, liberty, and the pursuit of happiness. That, to secure these rights, governments are instituted among people, deriving their just powers from the consent of the governed. That, whenever any form of government becomes destructive of these ends, it is the right of the people to alter or to abolish it, and to institute new government, laying its foundation on such principles, and organizing its powers in such form, as to them shall seem most likely to affect their well-being and happiness.

I’m not convinced it has come to that… yet. All things are cyclical.

I think that once a certain faction discovers that what they held so dear to them is really not interested in their wellbeing… at all, they will start to come back to center and many will see the light and swing entirely the other way.

My daughters are prime examples of this. Both are nurses. They used to argue with me about the poor, how the world hates the USA, how everything seems to revolve around money and the wealthy, etc… Now… they understand since they are out there in the world earning their way. They hate having to pay for other people that are too lazy to work. They hate supporting the baby factory women that have child after child to keep getting Gov. money. They hate The fixation on climate change, although they understand it, to a point. They hate that their kids were made to wear masks for a year inschool at ages 5 - 7.

My oldest said to me not too long ago… dad, why do I have to work every day and support all these women that have multiple babies and all these people that won’t work, even though you know they can? I said… welcome to the Reublican party, it’s time you use your right, and VOTE!

I believe this scenario is happening a lot more than we might think. The only people that get the attention are the far fringes of either party. There are far more of us that are center right/left… we just don’t make waves. It’s time we do.

The separation of red and blue states may come, but I think it’s ways off yet. Just my opinion.

That happened years ago the fbi are political organization with a far left leaning .

The only difference is they are not hiding it anymore as opposed to years ago.

Yeah maybe we haven’t come to that point yet, but the conversation has started. The country might limp along for a few generations more, but the writing is on the wall that America is heading for the cliff and would take major, major reforms to get it back on track which to be honest given the discourse of our current political class who are only interested in serving themselves and raiding the public treasury any reforms would seem like a Hail Mary . With tranny fluids running and infecting our schools, Gays adopting children, out of control spending, an open border with millions illegally invading and siphoning and leaching off the rest of us, Homelessness, drug overdoses at an all time high, a crime wave happening unabated, a weakened military along with an anemic economy are all indicators of a collapsing empire.

I wish I could share your sentiment, but we as a nation are morally bankrupt and culturally speaking we are at a point of no return as there is no reconciliation with the brain dead leftist ideologues who are always clamoring to destroy anyone who claims to be a christian and conservative. So whether its today, or perhaps 5, 10 years from now a national divorce like the one described in this OP seems to be inevitable. Progressives want their brand of Marxism for you and me, and for my personal tastes which I am sure I am not alone in saying this is indeed unacceptable.

I’m not convinced it has come to that…

When we are confused to our gender , to our faith , and attempt to erase our history and we see law enforcement as ALL bad then we are so close to the end ! Look what’s happening to our school children and the left’s gay training ,and racial race training . Should white children to taught they are privileged simply because they are white ? Should we continue to stop Americans from speaking up when they see others banning free speech ? Should we go on believing their are no poor whites ?
Should we encourage our youth to live off the taxpayers and be controlled by government ? How many able bodied Americans have full time jobs today vs those collecting ? How many generations of welfare to enough ? We have lost our sense of direction years ago .

I hear you, and I don’t disagree. I guess I’m just hopeful that this can be turned around before it really is too late. I’m inclined to with you that it may already be too late. At least I won’t be around for the fall.

I know. I can’t disagree with you. I guess I’m just trying to stay somewhat positve, and keep hope that we are better than this… and will come around as a country and realize the end is near if things don’t change. But then, what is unfolding is the Progressive plan, is it not?

Progressivism needs to be thoroughly wiped out if there is any hope at all.

We all would like to think that America’s best days are ahead, but given the present day circumstances its better to be prepared such as putting God first in everything than relying on men to fix what is already broken. I think you know what I am talking about.

Good for you . Staying positive allows for hope and that’s good . 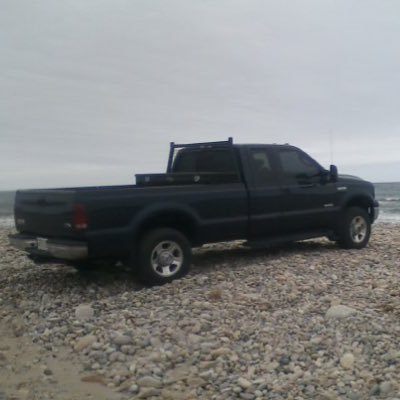 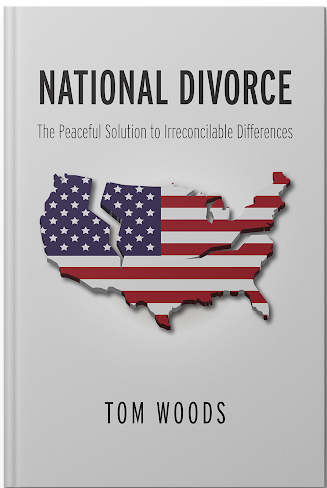 It’s difficult to know exactly when it happened, but not long ago many Americans suddenly looked around and discovered that they inhabited completely different moral universes from their neighbors. Whether it’s Black Lives Matter, or teaching gender...

That was a good read.

Ironically when watching this video by Mr Bill, he basically claims that when they stopped making the station wagon that is when America died. I wonder if he is right?

Anyway, this guy knows his stuff and started watching his videos. He’s got some interesting cars on his channel and gives good commentary that takes you back in time. I know its not relative to this post, but, seeing that we are lamenting about the loss of America, the assault on American cars seems to fit in the narrative, like “God, Country, as American as Malibu, Apple Pie, Boy Scouts, and Baseball.” All cultural icons that have come under assault and now fallen on the wayside. JE Hoover was more powerful than any president and they were known to not exactly follow the Constitution when it came to wire tapping.
Recently, the FBI and the NSA are allies in suppressing any patriotic American.
It wouldn’t be surprising,if Trump becomes president, that he would be assassinated by some fall guy who would be killed so he couldn’t name anyone.

Trump isn’t going to be President, so…

You think he is going to be JFKed?

Maybe, but it’s hard to say. I just don’t think he will get the nomination, let alone be President again. Too much baggage at this point.

I don’t know if I agree with not getting the nomination. His popularity is bigger than ever and is the reason they are trying to stop him at all costs. My guess is they are going to try to indict him. Also its crazy to think about this but I actually think the left is trying to egg on a civil war so anything is possible at this point.

I just think most Republicans can see the writing on wall. He is probably going to be indicted which is going to kill his nomination. I’m over him, even though I think he was a great President.

‘If’ he ends up being the nominee, I will definitely vote for him. I would rather see DeSantis get it, but he is viewed as being Trump light. I don’t know where this will end up. I guess we’ll just have to see how it all unfolds.