A National Poll Shows Trump Beating Every Potential Democrat in 2020

A National Poll Shows Trump Beating Every Potential Democrat in 2020

Making the click-through worthwhile: An eye-opening poll from USA Today that should have the president’s reelection campaign team smiling; a spectacularly unwise suggestion for House Democrats from Harvard Law professor Laurence Tribe; Stacey Abrams’s organization objects to another routine purge of inactive voters in Georgia; and galactically-powerful counter-programming for the next Democratic debate.

Despite Impeachment Hearings, Voters Want Trump for a Second Term

Holy smokes. Maybe this USA Today poll is an outlier, or maybe a combination of impeachment, the far-from-centrist tone of most Democratic candidates, and recent good economic news have turned President Trump into a much tougher opponent to beat in 2020:

President Donald Trump, the first modern president to face impeachment during his first term in the White House, now leads his top Democratic rivals in his bid for a second, a new [USA TODAY/Suffolk University Poll]

Notice this poll is registered voters, not likely voters. I wonder if the topsy-turvy nature of the Trump era means that the president now has a chunk of supporters who would get filtered out with the usual screen for likely voters; traditionally, Republicans did a little bit better in surveys of likely voters than ones of registered voters.

ADDENDUM : Only the Democratic National Committee would be dumb enough to schedule their once-a-month presidential primary debate — the first one to have less than ten candidates — on Thursday night, the night that most movie theaters are having their early screenings of Star Wars: The Rise of Skywalker.

A National Poll Shows Trump Beating Every Potential Democrat in 2020 |...

Maybe this poll is an outlier, or maybe a combination of impeachment and recent good economic news have turned Trump into a much tougher 2020 opponent.

The far-left contingent of the DNC is already starting to complain that it looks like all of the serious contenders for the nomination will be white. That’s not woke enough for the 2020 election.

SORRY SaulGoodman you feel that way, but I disagree it shouldn’t have to do with the color of their skin but the diversity of their thought!

I don’t think @SaulGoodman is a Democrat. Sounds like he was pointing out one of their latest complaints about their own field of candidates.

Here is what @SaulGoodman was referring to 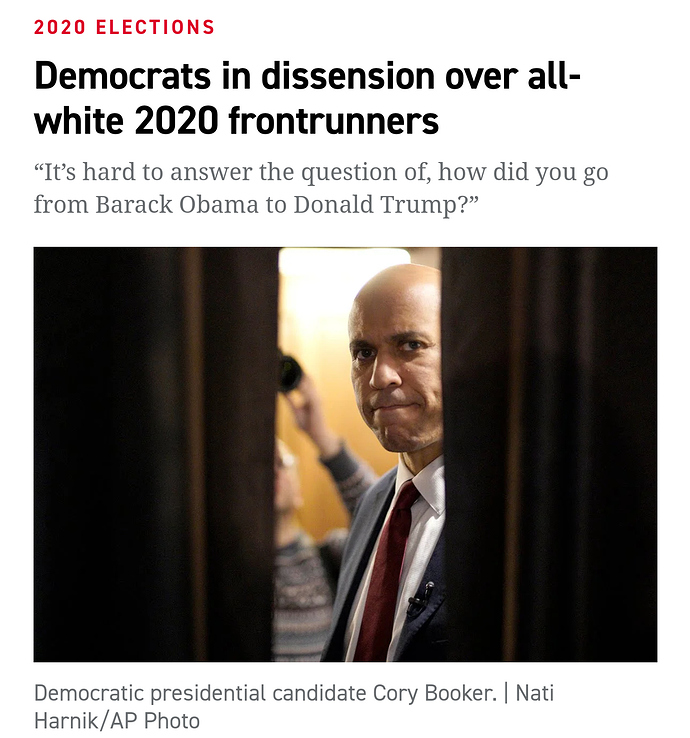 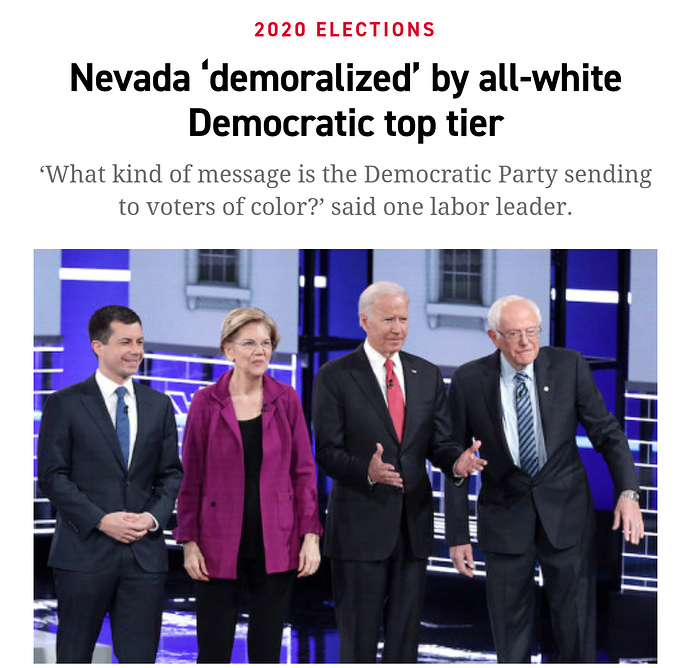 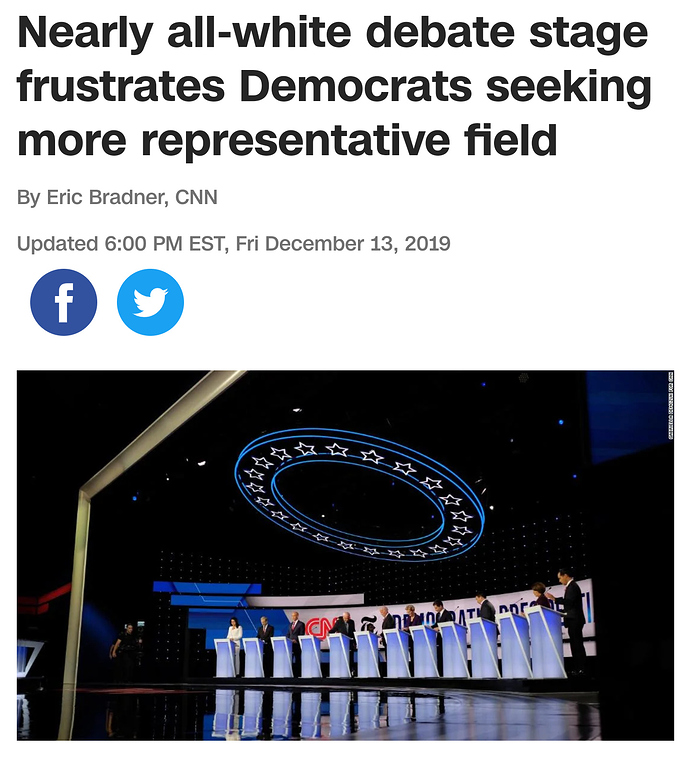 Yeah I know and that is the problem…you can’t have this whole group of candidates and not see diversity: their are woman, a openly gay man, a self declared socialist, a senior citizen and a billionaire. Plus these are the few out of many candidates who qualified for the debate. Then again I guess it can be frustrating to have all these candidates… and not one that can beat Trump!

And it shouldn’t have anything to do with qualifications.

That’s right! It’s only Russian interference when they lose. Did you hear? The liberals in the UK are pulling the same thing and blaming their losses on the Russians lol

The Martians are interfering in the worlds politics.

I don’t think @SaulGoodman is a Democrat. Sounds like he was pointing out one of their latest complaints about their own field of candidates.

Yeah that is how I read it too with a tinge of sarcasm! 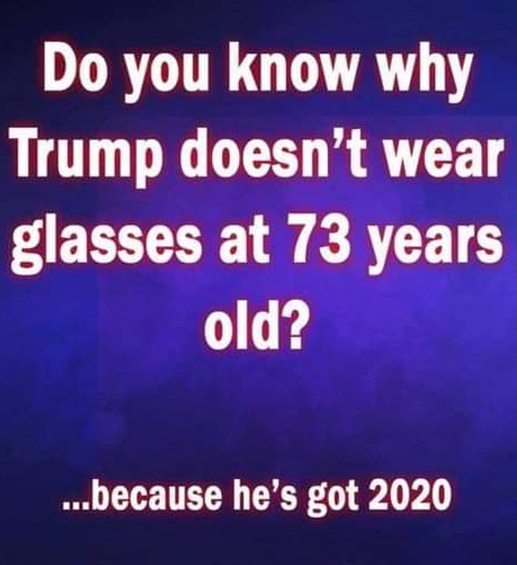 And there were others of color that the process has eliminated, shrug…

What’s funny is that polls are suddenly relevant…

It doesn’t take a poll to show that President Trump is going to win another term… just based on our strong economy alone he got it! #Trump2020

A year is eternity in politics.

What’s funny is that polls are suddenly relevant

Time for YOU to go to ADVANCED THERAPY !

All the liberal ranting & raving; but same as the first run, all the people see is the word TRUMP. The liberal input guaranteed he’d win the first time. I guess our libs are slow learners.

Amazing how the leftists now discount the polls when they were saying look here, look here, we were right, Now they say, polls don’t matter or it’s forever to election day.

Kind of forever until the next election Trump can’t win or participate in; about 5 years.

To fill out the Dems list of candidates, they should have a lesbian, bisexual , transexual and transgendered candidates to define their all inclusiveness.
Where could an actual intelligent real African American person fit in with the Dems.Schmobama is actually bi -racial(Kenyan father white mother).
A moderate or conservative black Dem would be shunned for not being "black enough " .
We had one Boobus Oreous Cookus Blackus President.

He’s ignorant about that too…