Their suffering should be live streamed 24/7. I hope they get fed pork every day. Notice how the media tries to make you feel sorry for these scumbags.

If they are guilty of being part of the caliphate, let them rot. When they die, throw them into an unmarked grave so they will disappear into the past like they never existed. They will be like their dream of a caliphate, NOTHING… 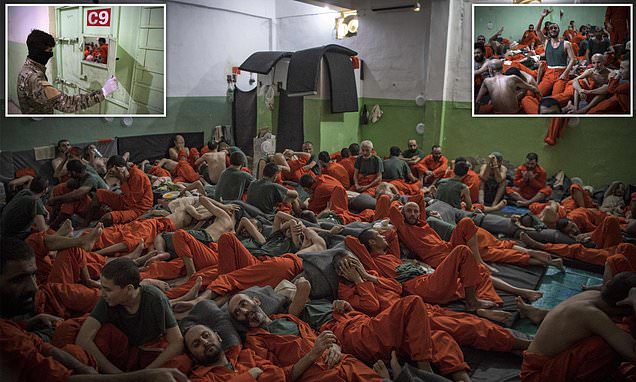 Behind the steel door, the cell is as packed as their eyes are empty - haggard, scrawny prisoners in orange jumpsuits lying head-to-toe cover every inch of floor space.

We had a hell of a lot of prisoners at Gitmo over the years, in the end however, very few were ever convicted of anything, most were eventually freed.

If they are guilty of being part of the caliphate,

“If” may only be two letters, but it’s a mighty big word sometimes.

“IF” the Queen had balls, she’d be King. Anyway, everything is temporary. Cycles you know. This country was once a pristine wilderness. Have a look now. One day when we are all erased from the planet, the Earth will immediately begin to clean itself up. A few million years, and few traces of our presence will be left. No doubt some new form of screwball life will evolve. Then the cycle will begin again.

So … captured members of a heinously barbaric cult are languishing in a jail.

Not feeling any sympathy for them.

How TF can anyone know if they’re ‘ISIS militants’ or poor bloody civilians who were being held as a human shield?

I won’t argue with any of that Jim, a far more likely scenario than religious mythology…

So … captured members of a heinously barbaric cult are languishing in a jail.

Maybe, remember, you’re suppose to be anti Assad. Maybe in his barbarism he’s imprisoned his critics, Syrians who are fighting his overthrow, and he’s labeled them terrorists.

That’s sort of true, but it isn’t necessarily so. For example, some children grow old, but they don’t get smart . . . they’re called ‘liberals’.

Trump pulling out of Syria worked perfectly. It drew Baghdadi out of hiding and into Syria. Motherfucker thought he caught us slipping. Last report I read had him dying less than 3 hours after he entered Syria.

Trump pulling out of Syria worked perfectly. It drew Baghdadi out of hiding and into Syria.

Unrelated, this operation was cooking for months. Made possible by indispensable information provided by the Kurds who Trump screwed over with his impetuous and disorganized retreat.

Btw, he wouldn’t keep troops in Syria to safeguard the Kurds, but he’s going back in to secure oil interests. So actually we’re not leaving.

That would be true of POW’s we’ve taken and held in every war.

We can solve this problem for about $1000. Cheaper than feeding them and they won’t harm anyone else ever again.

We could do it for far less using the German Model but that would scare the hell out of “civilized people”. 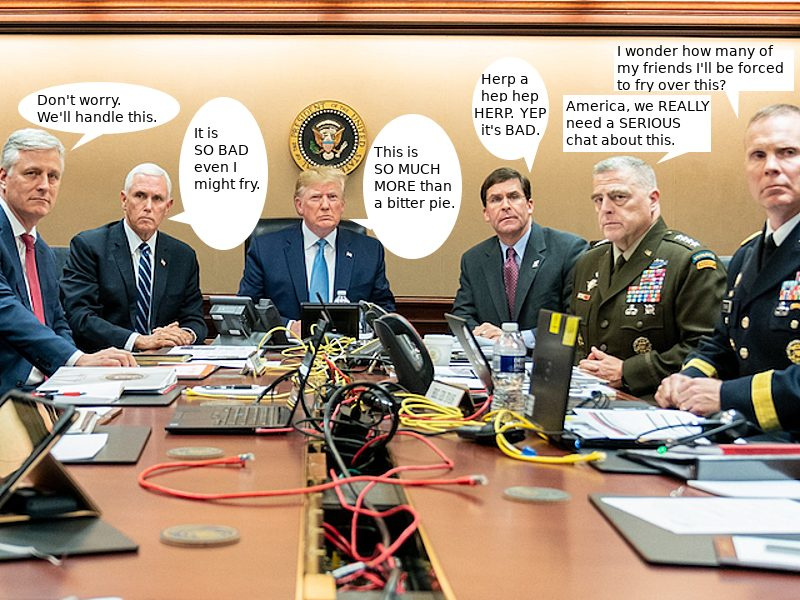 Wiring set up by Hillary
according to Jim Stone. LOL

Don’t forget the guy behind McCain 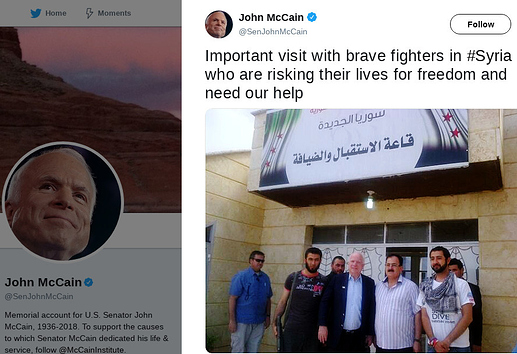 We can solve this problem for about $1000. Cheaper than feeding them and they won’t harm anyone else ever again.

How is it even our problem to solve?

Why would Trump be doing this???

To capture/kill al-Baghdadi, or whomever, to clean up the mess.

So you’re accusing Trump of working with the Islamic State to achieve his objectives?