01/20/2021 was a dark day in American history Joe Biden thinks he won the 2020 POTUS Elections. What has he done in 9 months for America, Spending 1.9 trillion dollars on special needs of the rich and other groups that support him is not an achievement and who won the 2020 election?

You’re asking rhetorical questions.
The Dem Party doesn’t stand for the poor and needy, but for the rich banksters who exploit the poor.

The MSM is in cahoots and twists the logic in any way, so that the sheeple who still watch CNN will live in the la-la land forever.

The Dem Party doesn’t stand for the poor and needy

The masters of the KKK .

Biden didn’t win the election, the election was stolen we have an illegitimate President & Administration in the WH and probably several illegitimate Senators in Congress who have done more damage to the country in such a short time then any foreign adversary could.

Joe Bidet and Co. are a complete disaster, the two biggest disasters probably planned, these are the borders now completely open and also the airlifting of hundreds of thousands of Afghan MEN, many of military age and ALL without passports, papers etc probably many Jihadi’s are in this group.

Therefore Islamic Terrorist attacks are going to be guaranteed because of this.

How did you find politicalbullpen???

More importantly Rick is WHY ALL the other regular members we used to have have NOT been alerted to the fact that after 7 months this forum has now re-appeared?

I was alerted by a member on a difference website who was also a member here so I was not Emailed like must people here but the question remains how did JimZiegelbauer17 find politicalbullpen?? without sounding really paranoid and unwelcoming to potential new posters what exactly is going on here??

I got an email recently which prompted me to try to access the forum and to my pleasant surprise it’s up and running again.

You are not sounding paranoid, I think many of us are thinking the same thing.

The key dates when weird shit all happened are ALL in January:

January 6 - we all know what happened on that date. Also forum still running as normal. 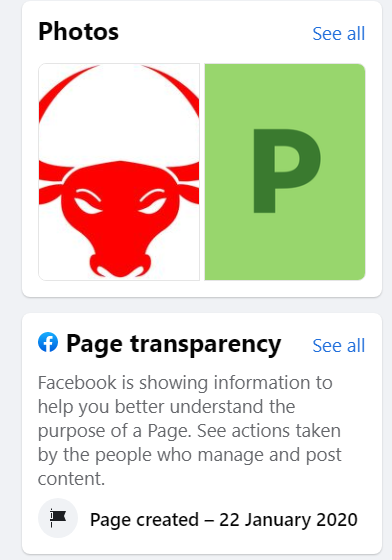 January 28-29 - Without WARNING this forum disappeared COMPLETELY, that INCLUDES no LISTING for this forum on DuckDuckGo or Google, forum simply ceased to EXIST.

7 MONTHS later - last week I got an email saying about posts since my last visit on January 29, followed the link and got an error message saying forum doesn’t exist.

A few days ago I got another email saying about posts since my last visit on January 29, followed the link and this time the forum has re-appeared.

The key dates in this weird mystery of this forum and WTF happened are:

January 6, January 20, January 22, January 28-29. Within ONE WEEK of The Bidet Marxist Administration being installed this forum was not ONLY taken down it literally ceased to EXIST on search engines.

Now here we are and Patriot, Kelly and Tyfoon have ALL been on READING but have NOT posted and NOT responded to PMs and are 100% unresponsive.

So WTF is going on? Who is now in control of this forum? It seems that Patriot is NOT in control of this forum anymore and Kelly and Tyfoon have had their ability to post and respond taken away from them by who? Some Hostile Entity who has ONLY reopened the forum to collect data from late December 2020 and early January 2021 and then the forum will permanently disappear?

It’s weird, this forum in the scheme of political forums is rather small and somewhat obscure, it’s weird they would do the above to THIS forum instead of choosing a larger and more well known forum and/or forums.

We have the situation where the forum just disappeared for 7 months. Now it has just suddenly re-appeared.

We have what APPEARS to be Patriot, Kelly and Tyfoon all on within the past 24 hours but ONLY READING and NOT posting.

If you had a forum, if you were Admin and the forum just overnight disappeared and then re-appeared 7 months later, what would you do? Wouldn’t one of the FIRST things you did be to post a message explaining WTF happened, why the forum disappeared for 7 months?

If you were a Mod at the forum, wouldn’t you at LEAST post something, even IF it was to say you didn’t know WTF happened about the forum disappearing for 7 months?

It’s weird, this forum in the scheme of political forums is rather small and somewhat obscure, it’s weird they would do the above to THIS forum instead of choosing a larger and more well known forum and/or forums.

I understand some conservative sites shut down or became inactive early this year.

Could it be that puppet masters didn’t want too much truth to come out because they know conservative sites are on the ball?

Question is, who are the puppet masters?
Biden regime? I don’t think so.
Trump team operating secretly out of Florida? Maybe.

I understand some conservative sites shut down or became inactive early this year.

Conservative Underground which had been operating for over 20 years ceased to exist a few days after Political Bullpen disappeared.

Goes to show it was not an isolated event.

Here is a list of names of people arrested from January 6 I was searching for Kelly…
because that’s the only name I know that’s real on here. 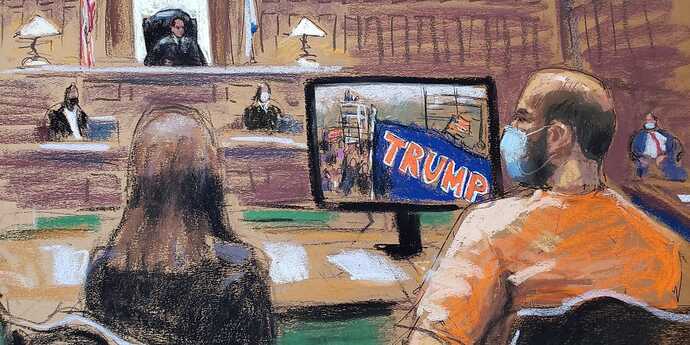 631 people have been charged in the Capitol insurrection so far. This...

Thousands of pro-Trump supporters descended on the US Capitol on January 6. Seven months later, 631 people have been charged with crimes.

How weird, the mystery deepens.

What are the actual chances of this being a natural event? Two political forums with ZERO connection to each other except for the Conservative thing disappearing for the EXACT SAME amount of time and then reappearing within 24 hours of each other?

I checked several times last night and CU still was not existing, including not listed on DuckDuckGo or Google.

I really don’t believe in coincidences, the above seems more like a planned event.