No it was a planned event. There are no such things as coincidences regarding this type of situation.

So are we all in agreement the same people are not running politicalbullpen as before??? like to agree

Does this mean that politicalbullpen is going to be controlled opposition or are we all in the shit for wrong think???

And who exactly is JimZiegelbauer???

I think there’s a connection with the moderators and the jackal. Maybe after January 6 he contacted somebody patriot got wind of it either turned over information or shut down the site. Now they’re investigating jackals claims. Messed up

Does this mean that politicalbullpen is going to be controlled opposition or are we all in the shit for wrong think???

And who exactly is JimZiegelbauer???

Could be a combination of both, but more likely the Wrong Think stuff. WTF we are literally becoming North Korea and China now if this is actually the situation.

Not sure who JimZiegelbauer is…but yes I agree with what you might be thinking.

Do you know what claims Jackals made???

I never said that.

Conservative sites needed to be quiet until certain objectives were reached.

The claims DaJackel made were that everyone who is a Conservative is a Nazi who needs to be rounded up and given a dirtnap by the Feds, I mean he LITERALLY was OPENLY issuing death threats to a ton of members.

He also threatened to destroy this forum. He also has not posted since the forum disappeared on January 29 BUT as you see below he was on reading 2 days ago, amazing he never posted knowing how much he likes to run off his mouth with all his TOTAL bullshit every five minutes: 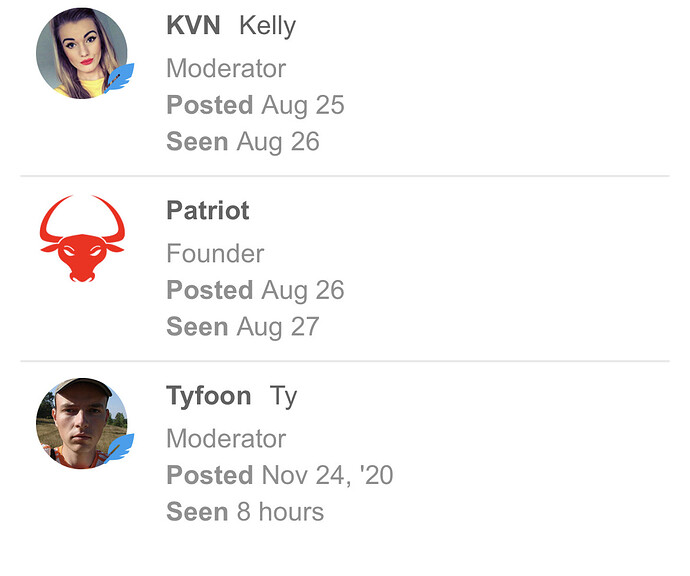 [Kelly%20Neville%20Banned%20from%20Facebook] Yesterday, without any sort of warning or notification, I was banned from Facebook along with the official Political Bullpen page which had just hit 900 subscribers after only being active for a few months. I had a massive network of conservative friends (2500+) and would share our threads with dozens of private groups and on my timeline which was seen by a few thousand people, daily. I disputed the ban and Facebook asked me to upload a copy of my …

Looks like the feds have been after him for a while

That’s not CU, I checked the link that’s Conservative Underhround News, CU is:

CU is still not existing after more than 20 years, it disappeared hours after PB disappeared on January 29.

possibly to go through posts to get data about certain events and also opposition to The Bidet Marxist Administration,

That’s what I was thinking

Crazy … Maybe they deleted it I don’t know

Not the first time the federal agents set up Americans