What’s with all these freaks always looking so crooked?

A 19-year-old androgynous bipedal ape turned violent after seeing a pro-life sign, presumably because the creature is against life.

A student who took offense to pro-life signage at UNC-Chapel Hill appears to have assaulted a pro-life activist, as the incident was caught on video and later posted to social media by a group called Created Equal, which describes itself as “a social action movement seeking to end the greatest human rights injustice of our time [abortion].”

“Footage of the outburst at University of North Carolina (Chapel Hill, NC) begins with a woman asking our team, ‘Did you put these [signs] up?’” said Created Equal in a Tuesday Facebook post, “As soon as the pro-life activist responds affirmatively, she proceeds to repeatedly punch and kick a member of our staff.”

The creature seems it may be transgender, which is supported by its violent outburst, as hormonal imbalances can mess with people’s emotions and self-control. 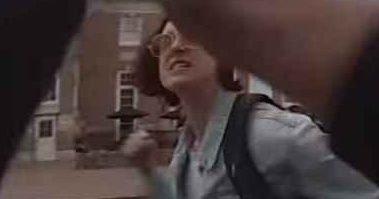 But I mean… it’s current year, so you never know with these gender fluid types.

The police didn’t want to handcuff “her” and take her away, but whatever.

I’m more interested in the reaction of the assaulted man.

First I thought that he had a lot of self-control to not respond to the assault with utmost brutality — self-defense brutality, of course — but then I wondered if it really was self-control or just another manifestation of the passivity of modern men.

Plastics, soy, random chemicals, birth control traces in the water, public schools, single mothers and ■■■■■■ media brainwashing are just some of the things currently turning the frogs gay and our men into soy. 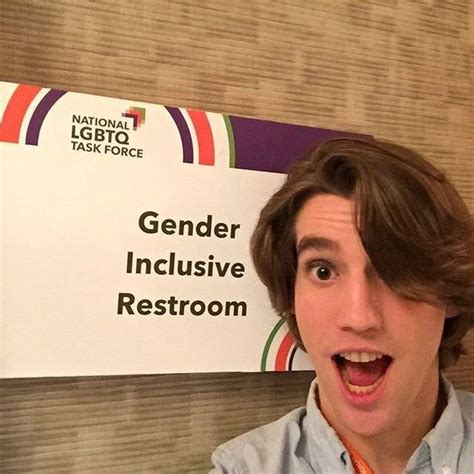 The modern male humanoid is characterized by passiveness and a respect-admiration-envy triad towards females, so what happened here may be an expression of that modern maleness.

Or it could be a display of self-control. 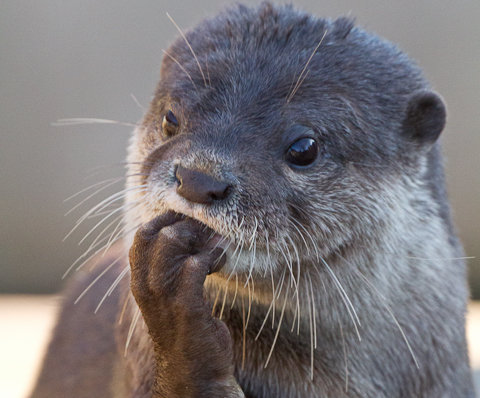 It’s hard to say for sure.

How would you react to being assaulted by one of these deranged flock animals?

Would you react with violence? If you don’t, would that be because of self-control or passivity?

Err…let me rephrase that: She punches like she is on crack and probably escaped from the nearby Asylum.

It should have been aborted. 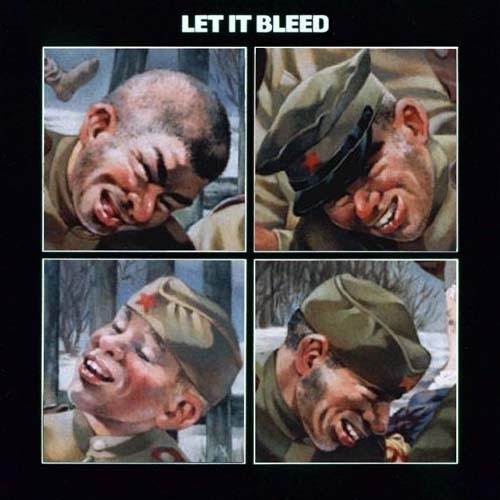 I would have punched that bitch in the solar-plexus. She’d be doubled over and gasping for breath for the next couple minutes.

Why was it a misdemeanor assault charge issued by citation?

If someone starts punching you, no handcuffs, no arrest, just a misdemeanor?

Probably because they didn’t witness it and there were no apparent injuries. Very likely that is the school policy or policy of the local agency in charge.

That woman definitely should have been cuffed, stuffed, and put on a 72hr mental hold for evaluation. She’s obviously too unbalanced and dangerous to be allowed to walk the streets.

In the video, he called the police but it did look like maybe campus police…

It’s a shame people like this aren’t handcuffed and taken away. A little bit of public shame and the inconvenience of having to post bail would serve a tad bit more as a deterrent than a sllp of paper and free to go on with your day.

I repeat myself when I say, most women who are pro abortion & who continually rant & rave over it, are the women who are the least likely to ever get pregnant. Since the very first requirement is the ability to attract a man. Have you seen those swamp sows?

Fat Ugly Feminist Attacks a Guy: When Is It Okay to Hit a Woman … Do these women look a little… chunky? 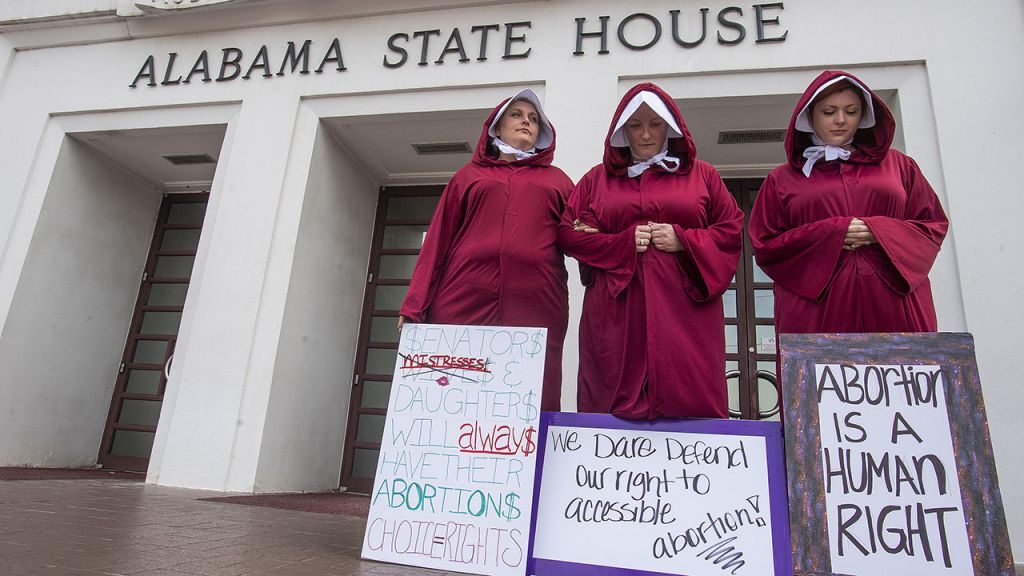 Abd while I recognize the costume from reading about the kavanaugh hearing, I really have no idea what “handmaid’s tail” means. Why are they dressed like that? Was it their favorite movie or something?

Considering that more black babies are slaughtered, it is not strange that hefty white women are the ones protesting.

I think it’s a stretch to even assume that creature is actually female.

Whatever it is, it needs to be institutionalized.

I really have no idea what “handmaid’s tail” means. Why are they dressed like that? Was it their favorite movie or something

There is a coup in the United States. The people in power remove women’s rights.

Due to chemical spills and pollution people in the United States have a low birth rate. Women who can bear children are sent to a re-education camp to learn how to be a handmaiden and are sold to the upper class as servants and to bear children for them.

They are required to wear clothing that identifies their role as a handmaiden, hence the costumes.

So, the women who dress like this have taken a fictional story about loss of women’s rights and being required by slavery to have sex/bear children by a totalitarian government as symbolic of how our laws are destroying women’s rights.

I could never have imagined such a plot.

Worse is to take a fictional, dress up like one of its characters and try to make the leap to reality.

Mental disorder is a polite term for whatever is wrong with these women.

Wow, that is seriously deranged. If it was me getting hit, of course I would hit back with a few well placed kung fu chops. You want them to throw the first punch, then you can cite self defence all the way, lol. I feel sorry for the guys, what the hell are you to do when you get hit by a woman or you think could be a woman?

Pepper spray… if it’s legal there. But good camera coverage is a necessity.

Yes it is, but that means you have to carry it around with you all the time. I have always said I like our CCTVs, contrary to most Yanks who think it is against their liberties. I think it protects men as well. There are crazies around who would do stuff like that or cry rape to seek attention or whatever.

I keep bear repellent close by at all times.

It has just crossed my mind that cowards like this would never strike out at another woman, because either they will get back what they dish and more, or it would be an older /weaker woman whom they cannot hit. They know men won’t hit back. Though I guess a good shove would be ok.

Yah, “women are equal” until you treat one like a man in such a situation.