Last December a meteor exploded upon entering the atmosphere over the Bering Sea, releasing 173 kilotons of energy (10 Hiroshima bombs) that went largely unnoticed by the World except a handful of Alaska residents. As it turns out, NASA captured the explosion on video from a weather satellite. It’s interesting from a scientific aspect, but it does not look particularly spectacular unless one compares the size of the fireball to the scale on the video.

And if anyone believes that they’ll believe anything!

What do you think it was? An Alien spaceship crash?

Zoomed in it would be pretty impressive I’ll bet. Neat find.

I don’t think it was anything, because no proof/evidence was proffered. If one of the space agencies announced the core of the moon is made of Cheddar cheese, would you believe it? Before you answer that, remember that we’re living in the era of fake news, and outright lies designed by charlatans to attract government ‘research funds’?

You must have a reason to doubt the report. Share.

I’ve already shared - I need some tangible proof before I believe everything I’m told or read. 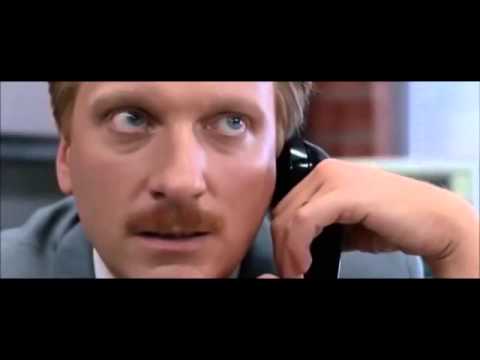 Other than video just what evidence do you think would exist of such an explosion in the upper atmosphere?

I’ve already shared - I need some tangible proof before I believe everything I’m told or read.

What is so important about it that you feel it must be discredited? Do you think meteors blowing up in our atmosphere is a myth? If you think that does occur, why do you think that a satellite catching the image of such an occurrence would be faked? What possible reason would anyone have to fake it?

I posted the link to the story as a matter of curiosity and interest. Everything is not a conspiracy you know.

I don’t really want to get into this because I’ve got sick of discussing it on previous messageboards, but a) for the life of me I can’t understand why NASA et al are so obsessed about a dead planet whose atmosphere is too hostile to support human life, has no water, and is essentially desolate, and b) I don’t know why anyone would want to go there even if they could. Therefore I’m simply not interested in bloody Mars because it makes not one jot or tittle difference to my life. In short, and with space agencies proliferating all over the planet, I believe it’s a scam for charlatans to perpetuate lucrative jobs-for-life merely by dreaming up all kind of nonsense based on no evidence whatever, but which seems to interest everybody except me. But that’s okay - I’m used to being different. Actually it’s because of ‘being different’ which has got me kicked off of so many other discussions forums.

But you must surely admit that for the spontaneous exploding of one asteroid (I didn’t know they do explode) out of what must be hundreds of thousands of them hurtling through the universe in all directions at 300.000mph should have exploded at exactly the moment that NASA was videoing it is one big coincidence?

Coincidence yes, but not an unusual one. The satellites are always looking at Earth and thousands of meteors (nobody said asteroid) burn up explosively in our atmosphere every year. It’s not hard to believe that they would catch one in the act.

Again, why are you so skeptical? What possible motive would they (NASA) have to fabricate it?

Not just NASA, Samm, but as I said, all of the space agencies. And my skepticism is predicated on what I wrote in my post ie, the lucrative jobs for life for spouting stuff that nobody can dispute?

So here’s an interesting thing. Until now I had not considered the difference between an asteroid and a meteor. The following Wikipedia entry uses a size-based determination, coupled with the type of matter.

However I suspect that, since NASA termed it a meteor, the difference could be subjective … or classified as to whether the object is considered to be in orbit around the Sun as opposed to merely passing through. 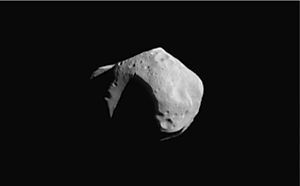 Asteroids are minor planets, especially of the inner Solar System. Larger asteroids have also been called planetoids. These terms have historically been applied to any astronomical object orbiting the Sun that did not resolve into a disc in a telescope and was not observed to have characteristics of an active comet such as a tail. As minor planets in the outer Solar System were discovered that were found to have volatile-rich surfaces similar to comets, these came to be distinguished from the o...

Not just NASA, Samm, but as I said, all of the space agencies. And my skepticism is predicated on what I wrote in my post ie, the lucrative jobs for life for spouting stuff that nobody can dispute?

What jobs are tied to showing a picture of an exploding meteor? Give us a concrete reason why you think this is fake, not your visceral, conspiracy-based theories.

The subject of this thread has nothing to do with Mars at all.

As for Mars, it’s close enough to reach, it does have water and as such it’s an ideal place to study and develop the necessary skills and technologies we’ll one day need to expand out into our own solar system and beyond.

It isn’t a question of if, it’s a question of when we’ll again be struck by a large enough metro or comet to wipe out all life on this planet and if we don’t have a toe hold somewhere else we’ll cease to exist.

Personally I think that’s worth the effort.

Over 90% of all meteors explode and or burn up in our atmosphere rather than making it all the way to the ground or oceans. If they didn’t, we’d look a whole lot more like Mars or the Moon than a green/blue living planet.

The more cameras we have in space focused back on the earth the more likely we are to capture these events on video.

This is why I said I don’t want to get into it. There are some people who go through life believing everything without requiring any proof of it whatsoever (like you, evidently?), and some who require tangible proof before they’ll believe it (like me?). But then of the two of us, you are one of a majority of probably 95% of the world population who do believe this stuff, so that makes me out of step, not you. But I can live with that.

As to your accusation of my being a ‘conspiracy theorist’: in context, you don’t have any proof that it did happen any more than I have that it didn’t, so I could just as easily accuse you of being a conspiracist, don’t you agree? As an atheist, I equate it to discussing religion with a ‘believer’, where it’s pointless to discuss the subject because ne’er the twain shall meet, therefore why waste time discussing it? So I’d guess that for someone to believe everything they’re told without challenge must be a genetic thing.

I suggest that you tell NASA there’s water on Mars . . . they can’t find any.