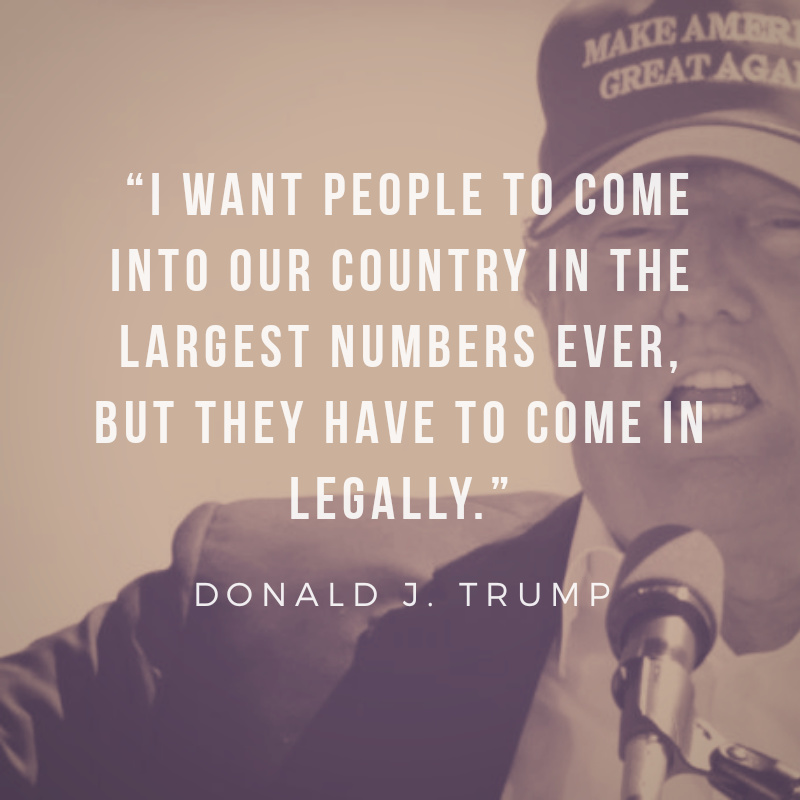 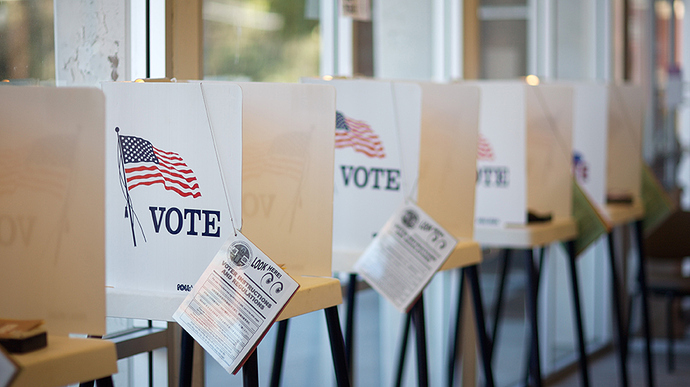 A plan to circumvent the Electoral College is gaining momentum among blue states after Democrats suffered two crushing defeats in presidential elections over the past two decades.

A plan to circumvent the Electoral College is gaining momentum among blue states after Democrats suffered two crushing defeats in presidential elections over the past two decades.

The plan has been given new impetus after Colorado Gov. Jared Polis (D) said this week that he will sign a bill to have his state become the 12th state along with the District of Columbia to join the National Popular Vote Interstate Compact.

The states making up the compact, which already includes New York, Illinois and all the New England states except for New Hampshire, would commit to awarding their electoral votes to whoever wins the popular vote nationally, regardless of the results in the Electoral College.

So far, these states, with Colorado, add up to 181 electoral votes, well short of the 270 needed to ascend to the White House.

Advocates are doubtful that enough states can join the compact for it to take effect by 2020, but hold hope of garnering enough support by 2024, as a handful of states like New Mexico also consider the measure, though proponents acknowledge the path to get to 270 will be far from easy.

Colorado state Rep. Emily Sirota (D), one of the sponsors of that state’s legislation, said she sees the compact “as a way to ensure that every vote is counted equally” and force candidates to campaign nationwide instead of targeting a few battleground states that can deliver success in the electoral math.

Trust the plan! Thanks for those 2.4 million new US Citizens Donald!

So if the residents of state X vote for Smith but Jones is more popular elsewhere, state X will vote for Jones in the EC.

This is actually a hillarious example of how retared the left is. A bunch of blue states commit to giving their electoral college votes to the candidate who wins the popular vote. So they’re taking votes that were 100% going to be for the dem candidate anyway, and making it so that if the rep candidate ever gets 50.00001% of the vote, the dems will lose all of their electoral votes in a historic landslide. The kvetching would be epic.

Can this be challenged along constitutional grounds?

I don’t believe in the electoral college. I made no mention of the other parts of the constitution.

Each State shall appoint, in such Manner as the Legislature thereof may direct, a Number of Electors, equal to the whole Number of Senators and Representatives to which the State may be entitled in the Congress:

When first enacted, the legislature of each state appointed the members of the electoral college and told them who to vote for.

Then the legislatures passed laws that popular vote in a state would determine how the electors voted. 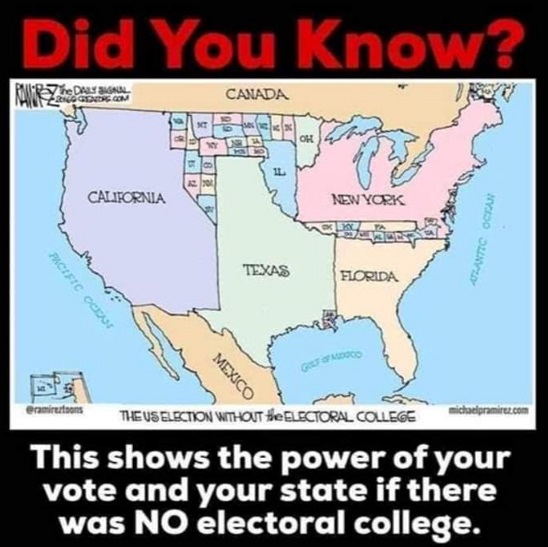 Here’s the Dean of all the Electoral Colleges - seen here relaxing at the Voting Machine systems company his 40-something year old daughter chairs.

Dam! Thanks for that explanation. So what other options are left in order to challenge this? I know that sounds like a stupid question, but it seems a lot of these “blue states” are trying to insure that they win and oust Trump in 2020 by pulling such a stunt! There doesn’t seem to be no other explanation as they could have done this years ago if they really felt the electoral college was unfair in a national election.

There are no other options (other than the states electing new legislatures that overturn their own law).

This movement has been going on longer than Trump. Just picked up a little steam since he was elected.

Of course it did. The election of Trump set off a shitstorm of panic and that’s why this was set in motion faster than originally planned. They don’t want another repeat of Trump, ever again.

I don’t believe in the electoral college. I made no mention of the other parts of the constitution.

I didn’t say you mentioned it, I said you didn’t believe in it. Start with Article 1.

The answer lies with the map AlexC posted.

Another Democrat Governor is going totally insane related to this. Tony Evers of Wisconsin is announcing that the state will begin to issue driver’s license and ID cards to undocumented people to (get this) make the roads safer. Actually they are preparing for the 2020 elections. You do know that Soros had a meeting with the governors. Gave them money and instructions.

That’s why they are flooding the Sanctuary Cities/States with illegals in order to control the Electoral College which cost them the last Presidential Election. 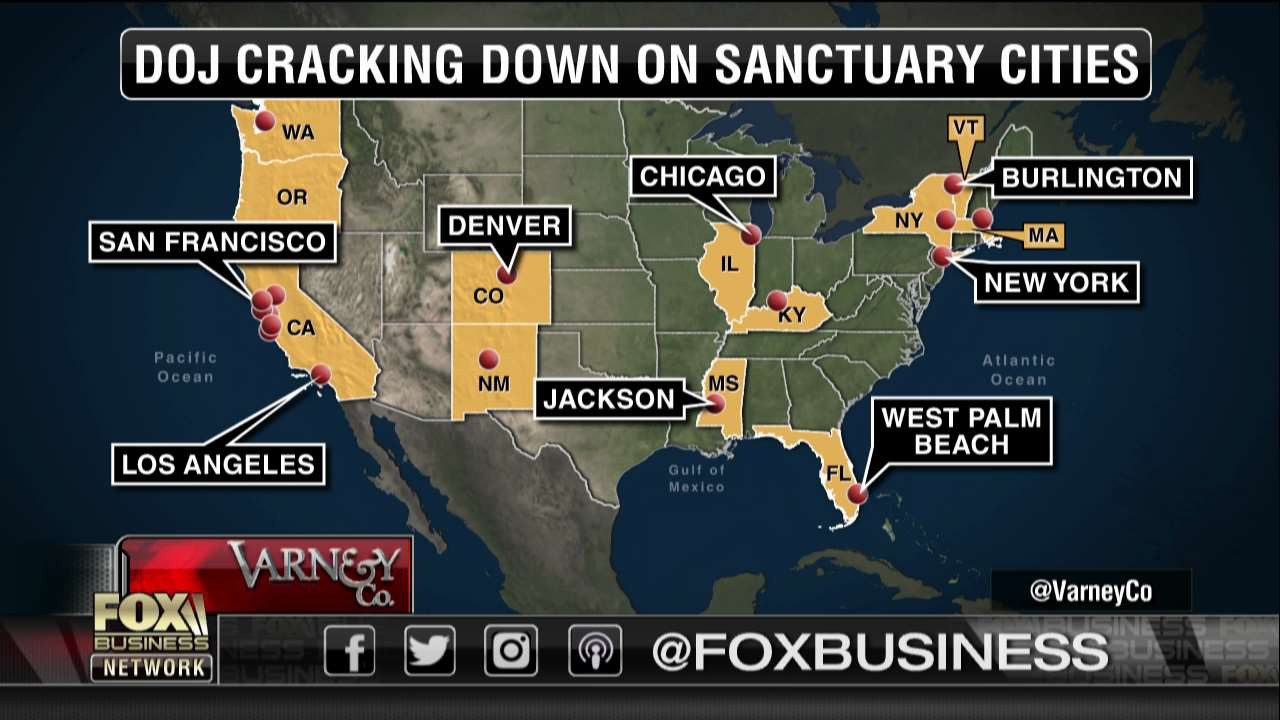 They also know that conservatives in America is an aging demographic, this is what happens when apathy sets in and there is no one to rise up to challenge this! People are too busy at home and on their computers!

Then every vote would count…

I work next to some people who don’t vote in California because they know it does not count.