We don’t want to be called racist so demonrats send American taxpayer dollars to Africa . Working taxpaers will get about $2400 and have to pay back $6500 in additional taxes to get us back to even , sounds real F-ing right !

But 11 billion! Ted Cruze better be a NO!

Well the senate voted already and it was 96 to zero , Rand Paul was out sick so he would have been 1 NO vote . It’s up to the sleazy greedy House and they will want even more thinking they can put it to Trump big time . Do you think they even care about the economy or the American worker ? $350,000,000 for fucking illegals scum ? Relocation my ass , get those scumbags out of the Country . Another $2,200,000,000 for fucking Africa ? How does that help OUR economy and the AMERICAN WORKER ???

I remember my $500 Bush stimulus check. The following tax year the form asked me if I received the stimulus payment. I marked yes and it reduced my tax return by about $450 dollars.

That stimulus check was really just a tax return advance loan. I’ll be holding my money in my bank account and making no changes to my existing spending plans.

I’m not getting kicked by that mule again.

The stimulus check is nothing more than hush money for the masses, not even a consolation prize for us peasants while the plutocratic oligarchy consolidates power and wealth.

If you live in a big city like I do we have been so over Regulated there is really nothing we can do for income… I’m not happy about it.

It’s not like a small town or domed size town where we can do this for that. Those days have been far gone.

I’m not getting kicked by that mule again.

Well get ready for another MAJOR kick in the ass !!! There is enough pork in this bill to killout the entire Muslim population .
I have problems with the republicans logic in their fight about the extra $600 on top of an American who is laidoff and will get this in addition to regular unemployment , my God ,what a stink they made about that YET ALLOWED $350,000,000 for ILLEGALS housing and relocation and $11,000,000,000 for Africa without so much as a whimper ! $25,000,000 for JFK , $800,000,000 for Endowment for the Humanities and Arts , $25,000,000 for cleaning supplies for the Capital Building. ,A nationwide mandate for ballot harvesting ,Same-day voter registration for the 2020 presidential election . What in the fuck is wrong with BOTH PARTIES ???
Are republicans slowly turning into closet democrats ? Are BOTH PARTIES now ok with spend , spend ,spend ? SMH

The reality in America is all these black/hispanic “single mothers” can survive only because of the government feeding / housing them.

Without a welfare & police state - this country would already look like Africa/Mexico because crime would be their only option.

People won’t really notice until Europeans become a minority everywhere. And when that time comes, most people will assume it’s always been like this. The elites will erase any history of America being prosperous as a fantasy dreamed up by supremacists. The few European communities that are able to hide and grow will be the only humans left wanting to lift up humanity. But hopefully they won’t help any other people until those people die off for their stupidity.

The propaganda for the average Americans is always repeating the phrase “We’re all in this together.”

You know who’s all in it together? South Korea - because they’re all Koreans. That will never exist in multi-cultural shitholes like America.

And I love the constant calls to “hope” and “not being fearful”. Fuck everyone else. I’m out drinking beers in all my favorite nature spots as I see fit. I have no hope for any of these people, and none that I would ever be willing to give, either. I love how 99% of people out there won’t even give me the fucking time of day ordinarily, but when the new flu comes to town, suddenly we’re all fucking pals, eh?

Beyond that, there are obvious, noted cultural and even language differences across the United States. I think people tend to forget what a “state” means, particularly when divorced from the context of the US.

Really, we’re only one step above the EU in terms of unification. Everything breaking apart is not as much of a long shot as people like to think. We already fought one war where it happened.

I kinda feel bad for the normal people getting their financial situation completely fucked right now.

But these are also the same idiots who make real political solutions impossible so I don’t feel that bad. If they’re pissed off and in a bad place that’s actually a good thing to get some real changes done around here.

Just had a meeting with all of my employees to explain what the stimulus means to them should we have to close our doors due to quarantine.

You could see some were thinking, “Damn, how can I get unemployment until December 31st!”

You could see some were thinking, “Damn, how can I get unemployment until December 31st!”

Of course it does.

How can you determine the operating of someone’s mind ?

The unemployment add- on is limited to 4 months , and not until Dec.31

The decision to close shop until Dec. 31 would be one made by YOU and not the employees .

That decision would be made by local government.

Because my focus is on what I can do rather than what I have no control over.

Of course it does.

It most certainly does NOT .

How can you determine the operating of someone’s mind ?

Yes , are you Carnac the Magnificent ? You have no idea what someone else is thinking , SERIOUSLY !
The unemployment add- on is limited to 4 months , and not until Dec.31 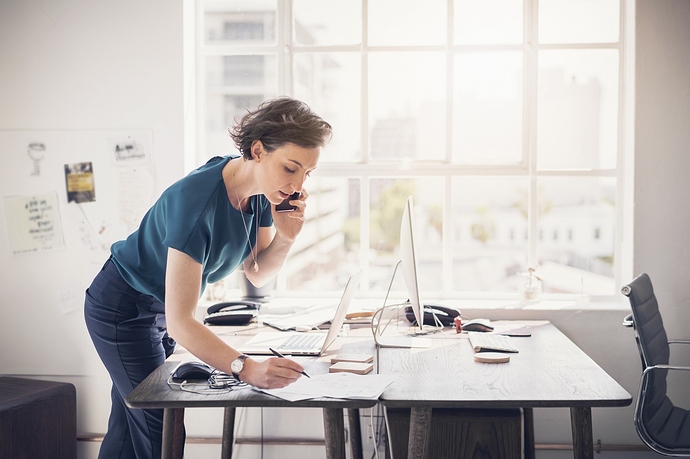 One component of the Coronavirus Aid, Relief and Economic Security Act will provide an estimated $250 billion to expand unemployment benefits insurance.

“Under the new stimulus package, workers will be paid an additional $600 per week on top of what they would normally receive for up to four months until July 31 . Once that additional federal assistance is exhausted, they will continue to receive their normal benefit amount, administered by their state .”

Because my focus is on what I can do rather than what I have no control over.

What makes you think you can do something about the $600 but nothing about the rest of the bullshit in that package ? Sorry I don’t buy your answers . The stimulus is for AMERICAN TAXPAYERS AND AMERICAN BUSINESSES , ALL THE REST IS TOTAL BULLSHIT .

What makes you think you can do something about the $600

Never said I could, did I?

The stimulus is for AMERICAN TAXPAYERS

It should be. Yet, the democrats used a crises to exploit their agenda.