This stimulus is like taking Dulcolax and Miralax and will have taxpayers shitting money to the Zulus and Masai tribes with loin cloths and spears in Africa.
Let all the snobby elitists fund the National Endowment for the Arts because we’re to busy working and can’t afford to attend the events.
The 25 million should be used for ICE to raid businesses for illegal workers and their deportation. As for housing, Wal Mart has plenty of tents for illegals to use.Are we also paying for Pelosi Phones???
What not a penny of this to help our small business and/ or improve underperforming schools!!!
The Senate Repubs have become traitors to submit to Pelosis extortion. Not a pair of TESTICLES of any of them!!!

We send a lot of ‘overseas aid’ to Africa too. I often wonder what actually happens to it.

We already laid out enough money to teach those dumb fucks to wash their dicks. Your tax dollars at work: Teaching African men to wash …

3 days before he left office, Barack Obama appointed Susan Rice & Valerie Jarrett to the Kennedy Center’s board of trustees

Curiously the web page listing their board has crashed

This is the deep state! Who wrote this shit, should lead the Seth rich killer

Never said I could, did I?

Well what did this mean then ?
" Because my focus is on what I can do rather than what I have no control over."

It should be. Yet, the democrats used a crises to exploit their agenda.

Exactly ! That’s I wondered why you didn’t get upset over the pork going to foreigners and the rest of the crap in the bill , you were only commenting on the $600 and saying how they would get that until Dec.31 .

It goes into the pockets of all of the great leaders and their cronies of BLACK ruled African countries while everyone else starves.

If a medium size business (500 to 10,000 employees) takes the Treasury loan, they can’t oppose any union organizing effort.

Not commenting on it doesn’t mean I’m happy about it.

Plenty of people here have expressed their displeasure. No need for me to be redundant. I just give a heart to someone who I agree with if I have nothing of more substance to add

There are NO fiscal responsible leaders today and none in the last 25 years . The house and the senate are putting crap in spending bills like it’s Christmas all year . I’m fed up !!!

The Wicked Witch of the West has become the Congressional Financial Dictator. The TRAITOROUS Repubs on the Senate are like the flying monkeys in OZ.
There’s more pork in this bill than in Smithfield Meats and the Repubs refuse to oppse her, afraid of her media allies accuse them of more obstructionism and abandoning people in need.
The unnecessary funding should have been given to the media to show her true colors.

…and the Kennedy Center has decided (after getting the money) to screw the musicians.

The Kennedy Center told musicians it will stop paying them, less than a day after the organization received a divisive $25 million arts bailout. 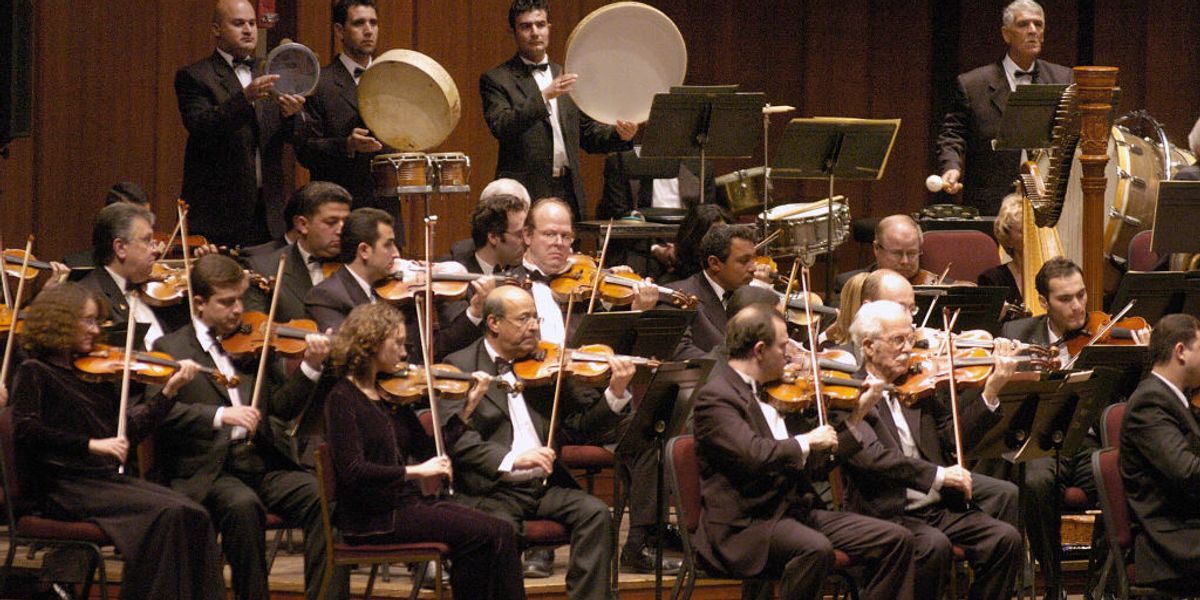 The John F. Kennedy Center for the Performing Arts informed musicians with the National Symphony Orchestra on Friday that they

You got it in one - it gets to everyone except those who need it.