Interesting that these type of reports don’t feature on the UK news channels !! They made up this bizarre term ‘backstop’ to confuse people about the issue of the border between the UK and the EU - not the Irish border - that could have been turned into controlled - not hard - border without any problems.

When real BS reports are broadcast on BBC / ITV / SKy … news I often go to RT to see a different bent on those reports.
Also I find on RT reports of demonstrations in London that UK channels are absolutely silent about or real footage of the French demonstrations.

The only thing with ignoring UK channels altogether is sometimes really important news is shown like last nights report of how a poor couple dropped their engagement ring down a drain cover in Manhatten. It was very suspense for a moment until I heard the NYPD had recovered the ring and returned it to the couple.

I was able to sleep more peacefully after this wonderful ending and of course without the BBC’s coverage I would never had known. Thank god I pay my licence fee.

I have found that if you listen to RT regularly, you will indeed be treated to the truth on the stories that they run… but that is not to say that the stories run without omission. Also you will never see a positive article about the west unless it is one that shines a positive light on Russia. RT like a lot of news is very … very biased in what it produces… even if it is factual.

Saying that, BBC always portrays itself as balanced and fair… BullShit.

The Irish / NI border existed before the EU, it exists to this day. Free travel between the RoI and the UK incl NI existed before the EEC and the EU came into being allowing citizens from either country to live, work and travel in each others countries. This will continue after we leave the EU. Different VAT regimes already exist either side of the border, so no change there.

The libtard propaganda channels wind me up too much. The only reason I pay the licence fee is because I can’t be bothered to fight with the Gestapo. Remind me, how much do they pay that commie mouthpiece, Lineker?

£1.75 million. The more transparency is demanded the more we find out and of course the stronger the excuses for the exhorbitant wage bills.

Tony Hall, the BBC director general, said that with the vast sums paid to those on and off the field in the world of sport, the corporation has no choice but to pay Lineker accordingly to retain him.
“Lineker is doing the most amazing job and I hope he will do an amazing job when England are in the final on the weekend,” said Hall. 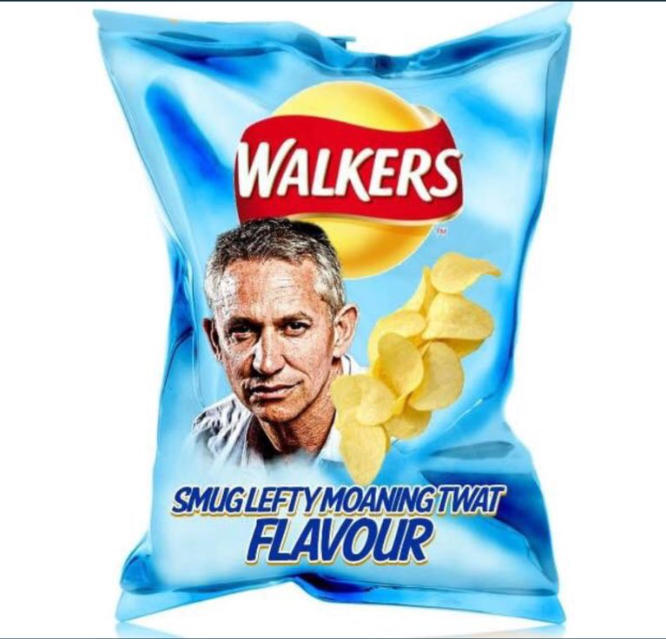