Would You Date a Woke Woman? One Feminist Demands that You Do!

British actor, Laurence Fox has recently stated that he does not date “woke” women, and at least one feminist is so offended that she wants Fox de-platformed for committing the crime of refusing to date her. So do you agree that woke women are off-limits, and do you believe in dating across the political aisle? People can date and associate with whom they please.

Being feminist ≠ Being woke

(Woke people should know that feminism was created artificially)

Amen! It really just makes her seem more desperate than anything.

It would make for interesting conversations.

British actor, Laurence Fox has recently stated that he does not date “woke” women, and at least one feminist is so offended that she wants Fox de-platformed for committing the crime of refusing to date her. So do you agree that woke women are off-limits, and do you believe in dating across the political aisle?

I think the saying goes opposites attract is true, but what makes for a happy co-existence partnership is what the individuals are most likely going to have in common in shared values. The differences between two should compliment each other as opposed to creating conflict that prevents a harmonious relationship from blossoming! Laurence Fox is just expressing his desire in what his preference is when dating and there is nothing wrong with that. This woman is no only out of touch with reality (like most SJW’s of today) but clearly is dealing with issues of rejection and is taking her emotions to another level of insanity!

No. I would never associate with someone that never shuts up about the importance of their completely fabricated individual rights while at the same time promoting collectivism.

I also think there is a difference in finding your opposite regarding personality versus in worldview. I think people need to have enough differences to make things interesting but enough similarities to stay connected. As you said, the differences should complement one another.

And just imagine marrying someone like that and listening to that every day for decades.

Asleep for 99% of their life and now think they know everything , so dummycrats !

Right. And now they think they can compete with men in the same sport. Holy crap talk about being out of touch with reality!

When you have this! 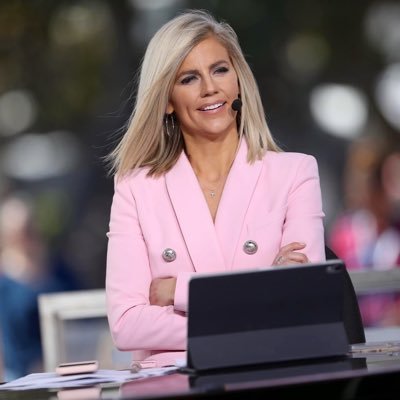 So fun seein @SecretDeodorant use their platform to get people talking about equal opportunities in sports. It’s an exciting time for girls like me who grew up dreaming of playin ball on a big stage... Check out their #SBLIV spot and let's #KickInequality #SecretDeoPartner https://t.co/qROkWoMi1A
TWR February 3, 2020, 8:54am #14

If/when they can make it in CoEd Boxing and MMA fighting I say open up all professional sports to them.

This was an interesting response to the same ad. Funny.

You mean fighting the same sex correct ? In MMA women do NOT fight men .

No that’s not what I mean but you are making my point.

I’d find a rope & begin looking for a tree. The OP insinuates women are stupid & need to wake up. I always respected women; in fact, quite often, I put them above myself. Equals and sometimes better. Easy to spot a woman who has lost it. She will run against Trump. Or am I wrong?

If women think it’s bad now, wait till the convergence of AI, robot tech, and mass market affordable sexbots converge. These women had better figure out a way to make themselves VERY valuable REAL fast. Excess adipose, problem glasses, blue hair and a shitty attitude AINT gonna do it.