The president is announcing a plan to force all federal workers to get a COVID-19 shot, and major employers to mandate COVID-19 vaccinations for their workers or test them weekly, with crippling fines for those who don’t comply.

“This is not about freedom or personal choice,” said Biden. Indeed it’s not. It’s about total federal control over what the administrative state has come to view as its subjects, not citizens to whom it must answer. In the tyrannical worldview of the president and his advisors, nothing can stand in the way of government coercion, not even federalism. “If these governors won’t help,” said Biden, “I will use my powers as president and get them out of the way.”

Bin Laden, who correctly foresaw disaster and eventual defeat for the invading Americans in Afghanistan, could not have guessed that by the 20th anniversary of 9/11, America’s ruling elite would have become this fascist. Indeed, when a regime uses the power of the state to compel major corporations to enforce its mandates and enact its agenda, that’s actual textbook fascism. Hitchens might have called it “fascism with a bureaucrat’s face,” or “bureaufascism,” if he were alive to see it.

Biden’s vaccine mandate is of course just one example, plucked from yesterday’s news cycle, of the left’s hatred of America and the freedom of its people. Over the past year-and-a-half of the pandemic, we have witnessed an unprecedented expansion of rule by executive fiat, with governors and mayors and public health officials wielding powers too often directed against churches and independent businesses.

Beyond the pandemic, the left holds almost everything about America in contempt. We are told in our workplaces — and our children are taught in their schools — that the United States is irredeemably racist, founded on violence, and that our constitutional experiment amounts to nothing more than a massive crime. We are called upon to repudiate our past and pull down monuments to our forebears — not just Confederate generals but also our Founding Fathers.

We are instructed that men can be women if they so choose, and those who disagree should probably lose their jobs and be ostracized. If you object to your daughter being forced to compete in school sports with boys who claim to be girls, you’re a bigot who must be silenced.

The reductive, totalizing ideology of the left has seeped into nearly every institution of American life, and dominates our culture and our politics. It is profoundly anti-American, and in the final analysis, it is a far greater threat to the future of our republic than even the wildest plots and most murderous fantasies of all the world’s jihadists combined.

When it comes to tearing down America, brick by brick, the Islamofascists have nothing on those who command the heights of our culture, or purport to rule us from Washington. 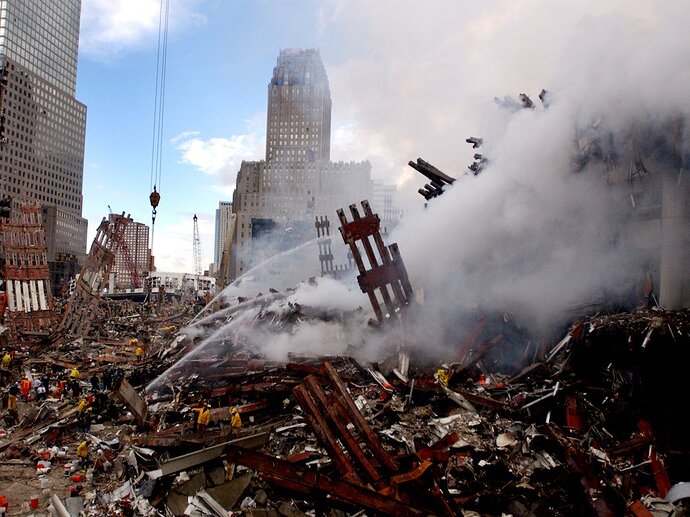 The left hates America and ordinary Americans at least as much as the 9/11 hijackers did, and for some of the same reasons.

The worry is what is going to happen tomorrow, well tomorrow through next week. The Islamic Terrorists must have something planned and with the Joey Bidet Administration literally hating America they probably don’t give a shit what happens.

Term limits would go a long way in fixing the broken system we see today.

I have always believed that governors should be elected via the same as Electoral College.

That would go a long way as well.

What about Joey Bidet, he’s been on the Government purse since 1972. WTF?! WHAT fucking normal nation allows a politician to be literally a Career Politician for nearly 50 YEARS? Also Joey Bidet has about 6 houses, so the money to buy all of them has come from WHERE exactly? On a Senator’s salary you can’t buy and keep 6 houses.

So the money is from WHERE? China and WHO else? Half of those 6 houses he bought PRE-China stuff, so who else’s payroll has this jackass been on?

He funnels money through family members.

That is corruption in Colorado politics.

The democrats have no problem with buying offices.

So, return on investment is alive and well when a politician

The question should you ask yourself is how could a person/politician making a max of 174K (many years far less) a year have over 8 million in assets?

Wonder how much he will spend when he runs for president.

H claimed to have 220 million when he was in congress, a mammoth lie.

Well I have asked that also, amazing or probably not amazing that the MSM have NOT asked it, they were all over The Donald and still are about his money but with Joey Bidet it’s silence.

Regarding Dianne Feinstein, she’s 91 years old, Nancy Pelosi is 80 years old, NO nation should have ANY politician that is over I would say 75 years old.

We have a minimum age for these politicians to get elected 36 for President, 30 for Senator, I can’t remember what the age is for Congress but as we have a minimum age we should have a maximum age that they have to stand down at and I think 75 years old should be it.

I no longer care about 9/11.
We did nothing to stop another attack in regards to immigration. We now have open borders, and 200 thousand unvetted Afghans running around.

The media is quiet on every issue that is negative to the democrats/Biden.

The list is endless of the Biden cover up.

So not if but when these terrorist we have let in take down this new fcuking building in NYC, will we just ignore it was muslims?

Term limits are a pipe dream. Never going to happen.

Well the voters allow it to happen.These career politicians could be voted out at the next election. How many of these voters benefit from the Pork Barrel Legislation???
I’m surprised some of the FEEBLE MINDED Reps and Sens don’t fall asleep during committee or Senate sessions like Justice Ginsberg did during arguements before SCOTUS.

Something has got to change.