Wonder where all the money comes from with the massive govrnment spending?

The Government cannot sell all the treasuries to support the spending so the Federal Reserve is picking up the bill, for now.

This week the Fed will have its annual Jackson Hole meeting virtually. The markets will be looking for clues of a Fed taper, or it starting to shrink its purchases of long-dated and some private sector assets. But if history is any guide, the enormous Fed balance sheet is here to say. During the last two recessions the Fed bought an unprecedented number of assets and paid interest on its reserves. But even after the recession passed the balance sheet did not shrink to anything close to normal levels. Each recession brings a new normal, for the Fed and fixed income markets. 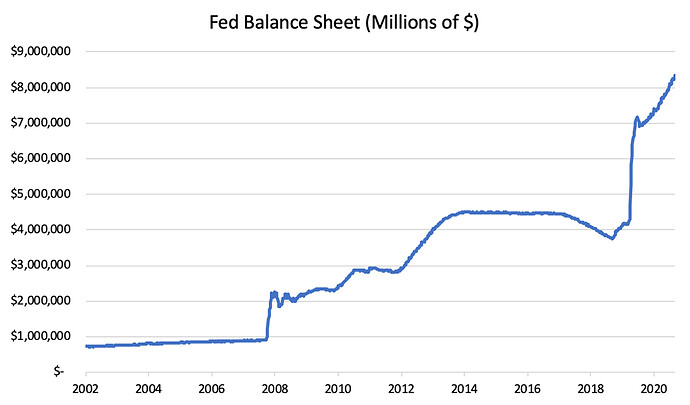 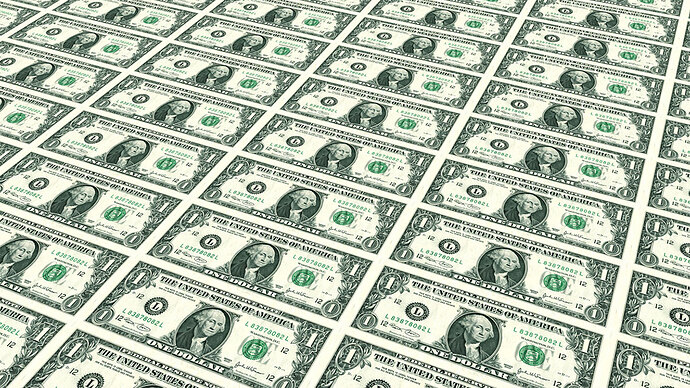 The Fed’s Enormous Balance Sheet Is Here to Stay

They took my job away, so it isn’t coming from me.

Where does the money come from?
Simple. They print it.

Simple answer from a simple person.

Nowadays they create money with simple key strokes.
That’s the ABC of how the Fed operates

Excellent, you do undersatnd a few of the basics.

The Fed balance sheet has risen from 4 trillion to over 8 trillion, adding over 160 billion a month. The talk is of tapering which puts the pressure o congress and he treasury find a way to lower the debt. Inflation has topped 7% and the transitory inflation is becoming reality.
Tax hikes are coming.

The wealthy already pays 70 percent of Federal income taxes, one day that may come to an end as the wealthy flee the country.

I hope I wasn’t misunderstood. I posted the Commiecrats Party line. How many of the top 1% believe they pay to little in income taxes ?? If I was in that income bracket, I’d look into moving to the Cayman Islands.

I often wonder why do politicians believe they can tax a small group of people into oblivion?

We have the most progressive Federal Income Tax system in the world and it still isn’t enough.

People scream tax the corporations. Corporations do not pay taxes and if the burden becomes to much they simply move over seas, or worse close the business. Yet the beat goes on with the move to tax them to death.

Most probably are IGNORANT about corporations . In effect ,they are tax collectors for the government by collecting taxes from the consumer or buyer of their products.
Whay business person wouldn’t want to reduce the taxes they pay on income.
Also, you don’t hear Liberal celebrities screaming about not paying their "FAIR SHARE ".