Women want their babies back, but it's too late

First, a little mood music to play before we get started: It’s not uncommon for women to want their babies back. But it’s far too late.

The following stories demonstrate three cases of women with regrets. 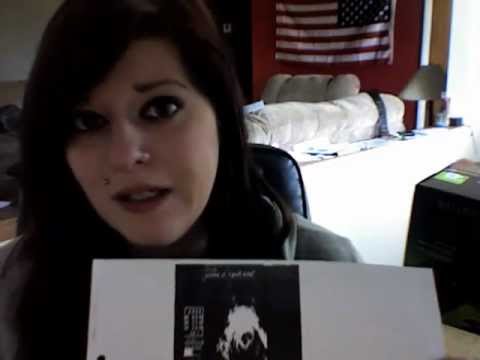 transcript from above video:
It says ultrasound examination form, so when I went to have, before I had my abortion they had to perform an ultrasound to figure out how far along I was… It says "client was offered to view image - to view the ultrasound, check. Either ‘check viewed’ or ‘declined’. They checked ‘viewed’. … (holding back tears) I never saw my ultrasound. I was told nothing was visible. And I was told that it wouldn’t matter, you couldn’t see a heartbeat, you couldn’t see anything, it was just… I wouldn’t know what I was looking at. (sarcastic tone) It also says “client requested and was given copy of image”. That’s also checked. (holding back tears again) I wasn’t ever given a picture of my son. … But when I went to Planned Parenthood today and got all the records… I saw those, my ultrasounds for the very first time - six years later (sobbing, she holds up pictures) You can see the heartbeat going off right there. … He was almost an inch long. I was between 8 and 9 weeks, and he was almost an inch long. (long period of silence) I know so many people out there say that Planned Parenthood - they “do so much” and “offer so many good services for women” … And I just want to know why I was denied seeing this. You say that “women don’t change their minds” because of it… I don’t know if I would have… but if I had, would it have been so bad?​

I Want My Baby Back

"I thought I was doing the best thing for my child. I knew he was a baby, living inside of me. After pleading and begging my child’s father to reconsider, I gave up and scheduled the procedure. Everyone stated the procedure was akin to having wisdom teeth removal.

They promised relief but all I had was misery and despair. I wanted my baby back but it was much too late for that. I can not describe adequately the emptiness I felt. I came in swollen and full of life and left fragmented, broken, and empty. I have been a wreck. I could barely get out of bed from the grief. I would wake up, shower, and return to bed. I could not work. All I could do was cry, and sob, and weep. The emotional pain engulfed me like a tidal wave. I wanted to die. A part of me did die, and not just my baby. I am forever changed. I have been battling depression ever since.

I am having the hardest time getting over my maternal instincts and bond with my baby. I knew it was the killing of a baby. Just not My baby. I struggle with what type of mother/father kills her/his own baby? She/he is clearly unfit to ever parent. I wonder about my fertility now and if I will ever have children. Now all I want is a baby. Before this ordeal, all I wanted was a husband.

I know a couple of women in my family who claim to be not affected by their abortions but they all display other issues. My cousin is very promiscuous and takes Plan B like birth control. My sister has been in counseling. Another cousin is abusing drugs. No problems, huh?

I was pro choice before my abortion, I am pro-life now. The baby is not meant to be viable outside the mother during the first trimester. He is meant for our womb. That’s its purpose."
​
–posted by This2willpass
June 5, 2009
http://www.experienceproject.com/stories/Had-An-Abortion/575472

when does it get better?

“I had an abortion several years ago and feel like it still shouldn’t hurt. I was a teenager when I got pregnant 16 to be exact my boyfriend at the time was 17 we both were still in high school living with our parents and had no real means of supporting ourselves. Despite all of that we still planned to have our baby. For was a little over 11weeks we didn’t tell our families and during that time things were good. We were scared but we had each other. We started to pick put names and all. He was so attentive to me and loving even at 17 however, after we told our families all the happiness inside of us seemed to slowly drain out. My mother pushed and pushed until I decided to go through with the abortion. His parents not better. My mom literally backed me and my child’s dad into a corner. She was mean and spiteful. She said hurtful things to both of us and lied to me about him. She made me think he wasn’t there for me she was constantly telling me he didn’t call when he did and she didn’t allow him to see me, meanwhile, leaving me to feel completely alone. When I was 13 weeks pregnant I arrived at the first appointment that was made for me but I didn’t go through with it but I was strong armed to make another appointment. The end result is that I killed my baby and in one day lost a part of my soul and my boyfriend. For months I cried myself to sleep daily and faced the next day like everything was fine like I was supposed to. After all these years I still think about our baby. On my due date I find myself still feeling down even after all this time. I randomly cry about this child. I wonder what my baby would look like, sound like, who he/she would take after me or her father. I feel like I made a huge mistake and that there is no one who understands the pain except for my baby’s dad. This has caused me to still be angry with my mom and yet I have to pretend that we are ok. My husband thinks I had a miscarriage and I feel like he would never understand me or anyone for that matter. No one knows how much this hurt at the time or that it still hurts now I so miss this child and I just want to stop hurting. I want to feel whole again.”

Woman told her unborn baby before Abortion: “I Love You, Little Thing, and I Wish the Circumstances Were Different”

One study showed that, within 8 weeks of the period after their abortions, 55% of women expressed guilt, 44% complained of nervous disorders, 36% had experienced sleep disturbances, 31% had regrets about their decision, and 11% had been prescribed medicine to treat mental issues.

Looks like a few clinics are even offering bereavement services now, trying to cash in on the additional money:
Abortion Clinics Offer Women “Grief and Burial Support” After Aborting Their Babies

Abortion is a difficult decision. Even if you feel you made the right decision at the time, many years later the experience may still be affecting you. This syndrome is called post-abortion stress.

Post-abortion stress can make you feel tearful, empty or trigger more serious problems such as depression. It may affect your relationships and your work.

Your first step is to contact your GP. He or she may prescribe anti-depressants for you if that is what you need. Your doctor may also be able to put you in contact with other counselling facilities in your area that may be available on the NHS.

Therapy for bereavement and abortion

With so many different types of counselling now available, it can be difficult to determine which one is right for you.

Planned Parenthood leans toward abortion. May be direct, may be subtle; but it’s all about what’s happened when the smoke clears. I have noticed that the women who are abortion zealots, are women who are least likely to ever get pregnant. The first step in pregnancy is the ability to attract a man. Have you seen some of these swamp sows? Here ya go; and I rests me case: https://youtu.be/vCJf9b0yB5Y?t=4

However, the unborn child was the victim - not them. They knew full well what they were doing.

I have noticed that the women who are abortion zealots

Whoopi Goldberg the nasty ugly bitch had 6 abortions she is willing to admit to . And taxpayers had to foot the tab every time . Well we are better off not having those 6 plus assholes on planet Earth .

Whoopi Goldberg the nasty ugly bitch had 6 abortions she is willing to admit to . And taxpayers had to foot the tab every time . Well we are better off not having those 6 plus assholes on planet Earth

That is more the reason why Planned Parenthood should be defunded. People like her are taking advantage of the taxpayers. And, that is not alright!

This is a great story. I hope some of the pro- abortionists here understand what these women went through and can show empathy to them.
How anyone can say that the embryo is only a mass of cells is beyond me.As soon as the egg is fertilized, it becomes a living organism.
Abortion is never an easy decision even if it’s for medical reasons.

The die is cast at the moment of conception.