Woman Accuses Man Who Refused Sex of Rape, He Recorded the Whole Thing But is Found Guilty Anyway 😅 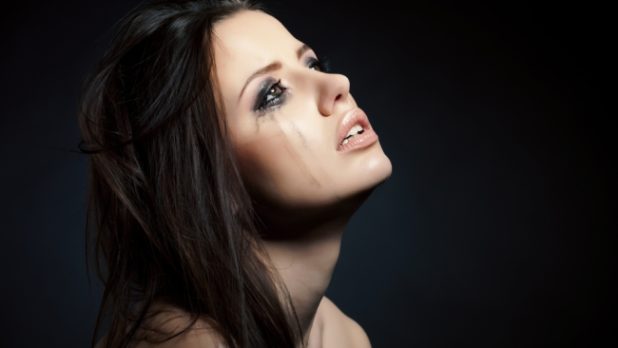 “Why would she be crying if what she says isn’t true?”

A former Columbia University Graduate School of Journalism alleged in a lawsuit filed Monday in Manhattan Federal Court that he recorded an encounter with a woman who would come to accuse him of rape, after she tried to perform oral sex on him and bit him when he refused her sexual advances .

Ben Feibleman is suing Columbia for “grievously” mishandling a sexual assault allegation against him from a fellow student. The university expelled him for the October 2016 incident, which took place while he was attending the graduate school of journalism.

This is the lawsuit: Feibleman v. The Trustees of Columbia University In The City of New York.

The woman did not report the assault to police but reported it to faculty a week after it allegedly took place, according to the lawsuit .
That’s the first sign the woman is making shit up. If it were serious, she’d go to the police. Just like if all of those #MeToo lies were real, the women would’ve gone to the police right after the events allegedly happened instead of baiting the internet for attention or making it public in any form of media.

Real rape survivors tend to avoid bringing lots of attention to themselves.

Feibleman, who accused Columbia of “anti-male” gender bias in the suit, claimed the female student was the real aggressor . According to him, the unnamed alleged victim pulled his face into her breasts following an “hours long” flirtation, the New York Post reported. Consensual kissing and fondling took place in the student’s room, Feibleman claimed. He rejected her frequent attempts to get him to engage in sex , citing the fact that the woman was currently in a relationship with another man.

“Please because I can’t let you go without it,” the woman reportedly said, referencing sex .

The alleged victim berated Feibleman, according to the lawsuit, leading him to make a 30-minute phone recording of the encounter while he was in the woman’s room .

But despite the recorded evidence that Feibleman alleged proved he had not assaulted the woman, Columbia investigators determined he was responsible. The school found that the female student was unable to consent because she was too drunk .

Kissing a drunk woman that pulls your face to her breasts and literally BEGS YOU to put your penis in any of her holes is illegal because alcohol and uh… power dynamics . 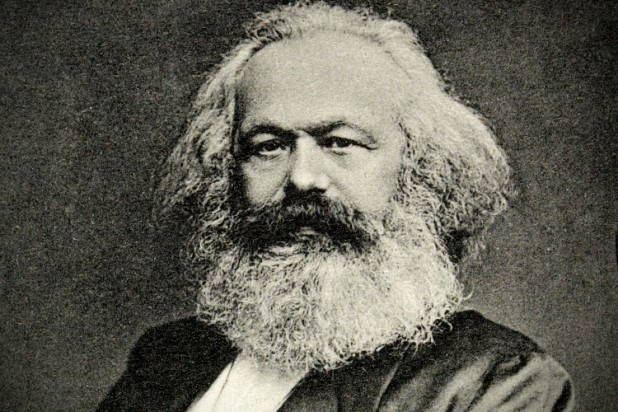 This whole consent thing is getting out of control. The effects are clearly devastating to random innocent men even when they try to do what’s supposed to be the right thing for current year males and not have sex with women.

Following the road we’re currently on, even talking with drunk women could become a crime because they could tell you stuff they wouldn’t tell you while sober, which means they didn’t consent to speaking the words they spoke to you while drunk, which in turn means you’re going to jail for raping her speech .

The slippery slope is real and if we don’t get out of the slope we’re gonna keep slipping. 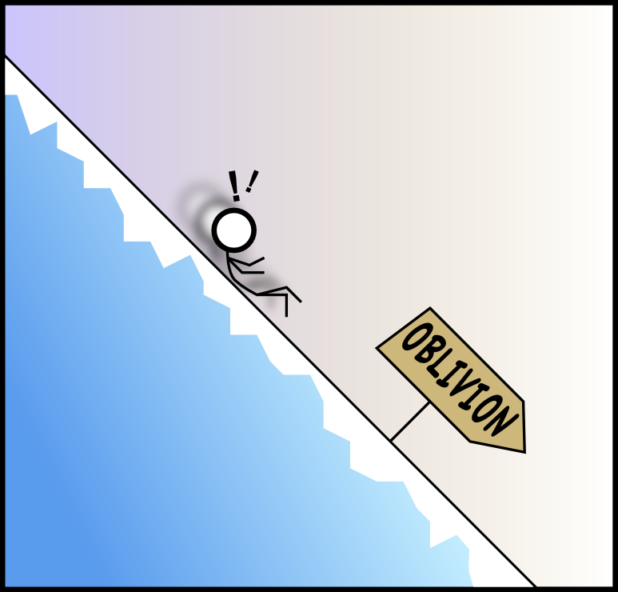 The solution is to avoid women as much as possible, give up on the idea of relationships, and to proactively fight back.

You could try relationships with men.

The dick is a deal breaker even though I really enjoy spending time with my best friend.

Honestly, there’s a very few vocal minority of women that have some guys freaked out and I think it’s unfortunate. I think as people wake up, they’ll start to flee social media. Smoking was really cool once until people realized how much damage it was doing to them. Maybe not, but I see more and more people disconnecting.

There is a real problem with some of your premises here.

Some real rape victims are so traumatized by the event and fear public shaming so they either don’t report it or are slow to report it.

Other than that you’re pretty well right on.

In the 90’s when I was in college this became a real serious issue because of false accusations and essentially redefining what constitutes sexual assault/rape and “consent”.

By all appearances then it was an attempt to relieve women of any responsibility for their own actions and to hold males to the much higher standard that they and only they can determine if a woman is too drunk, high, distracted, distraught, or simply too immature to consent.

This became a huge liability issue for fraternaties and as a result every chapter in the country got the law handed down to them from their national organizations in the form of “risk management” policies that if violated could cost the house it’s charter.

That seemed to die down a bit for about a decade but it’s come roaring back with gusto to the point that even if a woman did consent initially and admits it she can retroactively recant her consent days, weeks, or months later and cry rape.

Women cannot be treated equally if they are going to insist on rewriting the rules granting themselves the right to destroy a man’s life for no real reason whatsoever.

Ben Feibleman is suing Columbia for “grievously” mishandling a sexual assault allegation against him from a fellow student.

Fiebleman! Oh my gawd! This is manifestly unjust!!! These star chambers were set up for the unwashed goyim not good and noble ■■■■ like Fiebleman.

What in the hell is going on here?!

Gotta love the clown world logic here. You’re supposed to believe all the

about stronk independent wahmenz but as soon as they take a sip of alcohol, all that goes out the window.

In this case the roastie actually did a good thing considering his name and the fact that he is studying journalism in Columbia.

Heard that from an ex-cop. Wise counsel.

I realize it’s no longer fashionable and completely politically incorrect but the simple solution is not to accept anything as fact without evidence.

A person is only to be believed if what they are saying believable and supportable with evidence.

We are heading to a very dangerous place where men can be destroyed or imprisoned simply based on accusations.

We are heading to a very dangerous place where men can be destroyed or imprisoned simply based on accusations.

That reminds me of the Kavanaugh Hearings back last Summer. The Democrats were only looking to destroy more than his credibility. They were out to “destroy” him. With accusations of rape when he was in college. 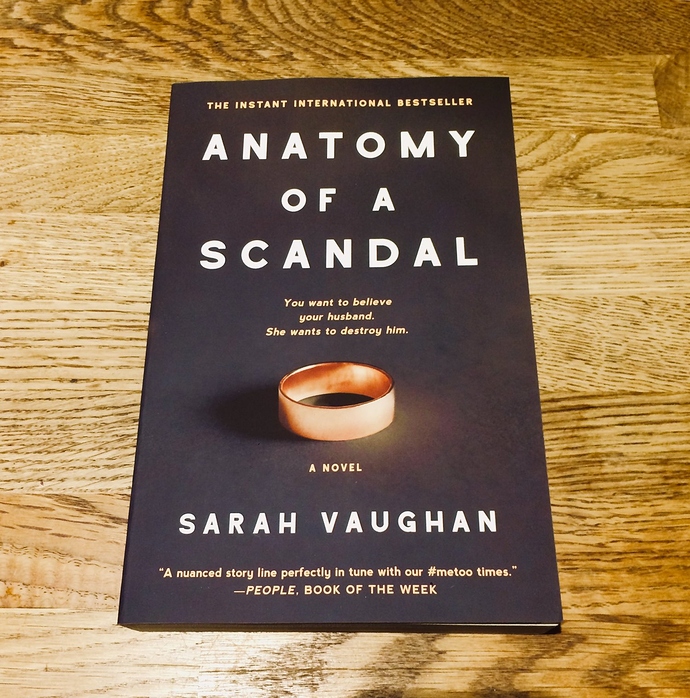 Powerful allies, frat boy culture and consent: how Anatomy of a Scandal...

It’s the US paperback publication of #Anatomy of a Scandal today - and once again the timing could hardly have been more prescient. The issue of what happens when entitled boys become powerful men has been thrown into sharp focus by a televised drama...

Absolutely, that was most certainly their goal. It wasn’t necessarily about destroying him at first, it was just about keeping him off of the court. When the rumor and innuendo would not work, they went in whole hog to destroy him to that end.

They will destroy anyone that gets in the way of their agenda and show not the least bit of remorse for doing so.

And now we have this crap going on…

It’s nothing new really, just new terminology for bashing all but the most effeminate of men.

I know…I remember back in the days, we fought with our hands and fists. There was never a fight I never backed out or down from. I am not saying that I am that strong. But it’s my speed that got me out of many jams.
My point is, they are making men look like p**sies as compared to how we used to be. Just ask John Wayne! (Man, I missed that guy!)

It’s the feminization of western society. They’re trying to overturn 2 million years of biological and societal evolution to appease the weak.

Yep! Thanks to those iniquitous feminazis.