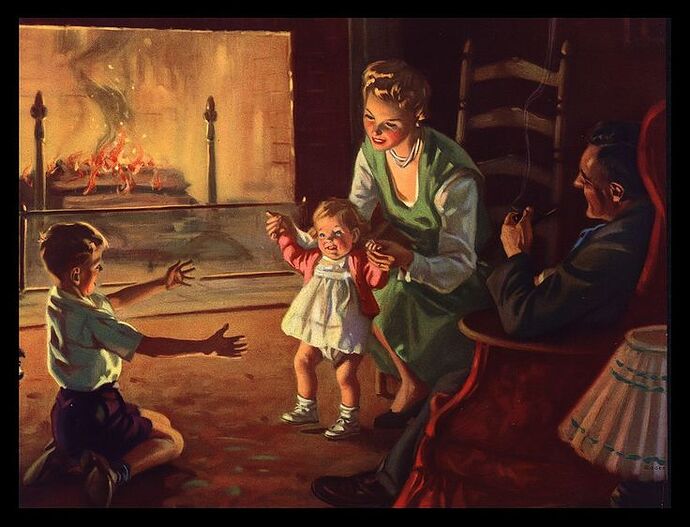 The feminist movement has been around for centuries, with its primary goal being to achieve equality between men and women. However, in recent years, feminism has taken a very dark turn. What started out as a fight for equality has devolved into a movement of angry, man-hating women who want nothing more than to see men brought down. Here’s why women need to stop supporting feminism.

1. Feminism Is All About Hate
These days, it seems like the only thing that feminists care about is hating on men. They claim that all men are misogynists and rapists, and that we live in a “patriarchy” designed to keep women down. But if that’s the case, then why are women living longer, healthier lives than ever before? And why do they make up the majority of college graduates? If anything, it seems like it’s feminists who are perpetuating misogyny by spreading these hateful ideas about men.

2. Feminism Has Destroyed the Family Unit
Feminists claim to be fighting for “equality,” but what they’re really doing is destroying the family unit. Thanks to feminism, more and more women are choosing to put their careers ahead of their families. Women are also choosing to have fewer children, or no children at all. As a result, birth rates are plummeting and families are being torn apart. If this trend continues, future generations will never know the stability and love that comes from having a strong family unit.

3. Feminists Are Hysterical Hypocrites
One of the most annoying things about feminists is their complete hypocrisy. They claim to be fighting for “equality,” but then they turn around and demand special privileges and treatment. For example, they’ll say that women should be paid the same as men for doing the same job—but then they’ll also say that women should get 6 months of paid maternity leave, while men get none. How is that equality? It’s not—it’s just another example of how feminists are nothing more than a bunch of entitled hypocrites who want everything handed to them on a silver platter.

Women need to stop supporting feminism because it’s nothing more than a hate-filled movement of hypocritical man-haters who are hell-bent on destroying the family unit. Feminists claim they’re fighting for “equality,” but what they’re really doing is tearing society apart—and if we don’t put a stop to it soon, future generations will suffer the consequences.

The feminist movement has been largely responsible for duping women into thinking they can have it all: a successful career, a happy family life, and fulfillment in every aspect of their lives. What they intentionally failed to tell women is that in order for them to have all of those things, they would need to sacrifice a lot of other things. For many women, that means sacrificing their youth and their fertility in order to compete for average wages in the workforce. And once they reach a certain age, they’re suddenly outsiders in a world that values youth and beauty above all else. So they’re left with nothing to show for their years of hard work but a few wrinkled photographs and some memories of better times. All because they were tricked into believing that feminism would give them everything they ever wanted.

I’m sick and tired of hearing about feminism. Everywhere I look, there’s some article or commercial or TV show spouting off about how women are mistreated and need to be “empowered.” It’s all a load of crap. The truth is, feminism is cancer. It’s a disease that erodes away at traditional values and destroys families. It encourages women to think they’re better than men, which leads to nothing but bitterness and resentment. It’s a poison to society as a whole.

Women belong in the kitchen, barefoot and pregnant, cooking and cleaning for their families.

Women complain about sexism, but have you ever seen one refuse to use their femininity to get what they want?

Women belong in the kitchen, barefoot 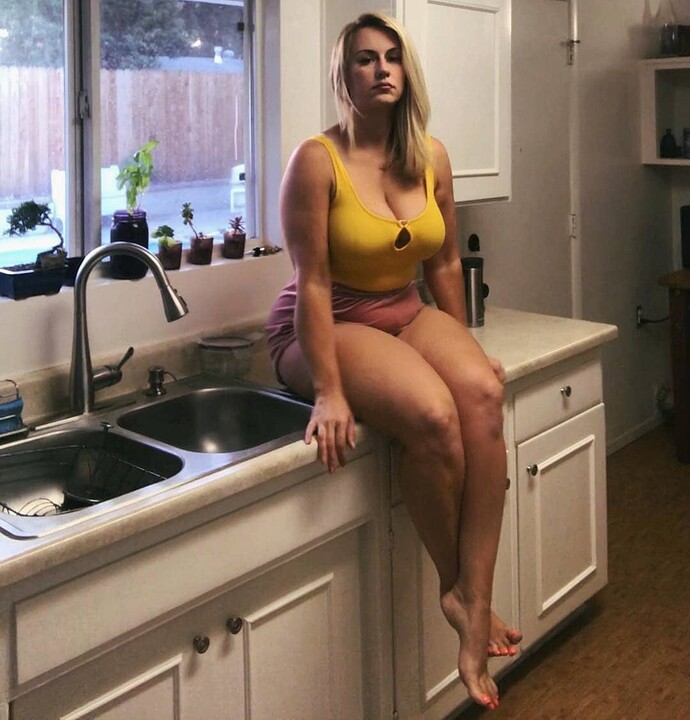 American are a different breed than other women around the world. To be avoided at all costs.

Attractive married women like going to the office so they can wear tight, form-fitting “professional” clothing in order to attract attention from their male coworkers. Even if the woman is mildly attractive, she will still have her male coworkers swarming around her all day. Women get off on this shit, especially the married ones. If you have a wife that works and dresses like this, she’s a whore and is probably cheating.

They always use the line “he’s just a friend from work” - if you hear that shit, she’s getting pounded on the regular.

This is why you knock them up early and get them pumping out as many kids as possible. They will be too busy and frazzled taking care of the little ones to have time to worry about getting a pointless office job and carrying on with other men.

Teach the young ones the old ways. My father gave me this very advice when I was a young man. When a woman gets bored she becomes unhappy. When she becomes unhappy, that is very much a man’s problem. If you don’t prevent that unhappiness from the start, you will lose half of all that you worked for. Keeping them busy with a lot of kids is the solution.

Problem with what you and @CSA are saying is that feminism gets to them first, so by the time they are ready to “settle down” they already have a 100+ body count, their pussy has been smashed into roast beef, and they are on the verge of infertility because their looks have faded and they are pushing 40. Times have changed.

To illustrate your point. Behold the logic of the modern woman: 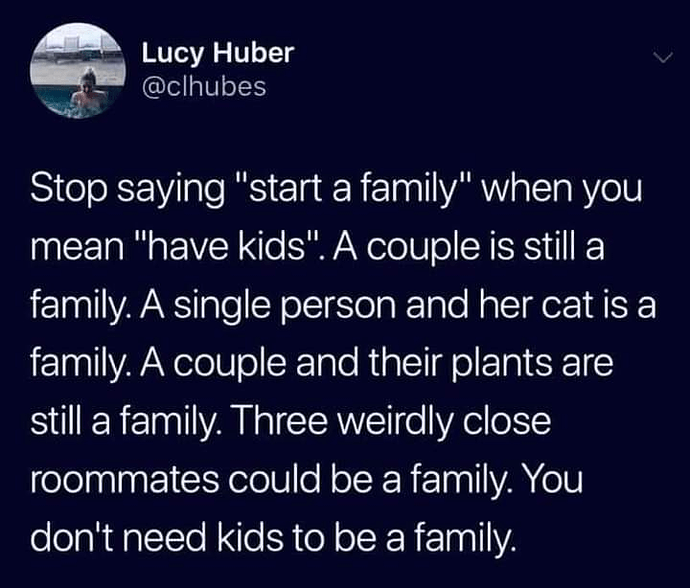 Cat ladies should not be culturally appropriating the word family to describe their culture.

I like how albinian men pick their wife, grab them by the back of their hair, and say you’re mine. Lol