With Joe showing signs of instability, the question must be asked as she’s up next.

When Joe Biden declared Kamala Harris his running mate in the 2020 election, it perplexed many among his allies and detractors.

Why on earth did Joe opt for a relatively youthful individual who makes him look even older than he is in contrast?

What caused Joe to choose somebody who lambasted him during the primaries and accused him of racism?

It has to be remembered that Kamala couldn’t win a single state during the primaries and was compelled to drop out before the election commenced. She, therefore, brought no electoral benefits to Joe.

Joe had pledged to select a female running mate.

But among the myriad able, capable, and respectable female politicians in Washington and around the country, why Kamala?

Before there could be any more questions or speculations, the liberal media began the celebrations – even where I am, in India.

She was a woman who had pigment in her skin. She was biracial, her mother is from India while her father is black and from Jamaica. Since diversity is the flavor of the moment, she satisfied all the criteria with flying colors.

Conspiracy theorists claimed that the sinister puppet-masters pulling Joe’s strings were behind this, they knew Joe wouldn’t last long owing to his rapidly declining cognitive abilities. At some point, Kamala Harris would replace Joe as president so that the far-left agenda can be implemented.

That would make her the first female president. There would be the reason for more flattering and slobbering by the media. Some even had already begun fawning.

It, therefore, wasn’t a matter of if but when Kamala Harris replaced Joe Biden.

Now nobody expected Kamala Harris to be a great problem solver or an innovator. But those who witnessed her grill Bill Barr thought she would at least be a sharp and effective communicator.

One who could probably spin and answer questions with ease as Joe sounded befuddled. The fact that she had friendly media would make her job easier. She also had vast experience under her belt, she worked as District Attorney in San Francisco, she was Attorney General of California, and finally a U.S. Senator. She had to have something in her to have survived this long.

They were proved grievously wrong.

After they were ‘elected’, Biden has tapped Vice President Kamala Harris to lead the White House effort to tackle the migration challenge at the U.S. southern border and work with Central American nations to address root causes of the problem.

Kamala seemed reluctant to accept the role from the start, she took ages to even visit the border which caused her to take heat from both sides. In her infamous interview with a friendly interviewer Lester Holt, Harris struggled to answer a basic question of why she didn’t visit the border. She finally traveled to the border only when President Trump made an announcement that he would be visiting the border. Her trip to Guatemala and Mexico was both uneventful and unsuccessful.

She was thus not only abominable at performing her duties assigned to her as vice president but also an appalling communicator. She appeared petulant and irascible when challenged. Perhaps ill-advised by her handlers to break into laughter to appear amiable whenever she faces tough questions, she ended up looking looked deranged and insensitive.

In a recent poll, Kamala Harris ended up becoming the most unpopular vice president since the 1970s. More Americans disapprove of her job performance, which is shown by her floundering poll numbers that indicate she is now “underwater,”

By contrast, back then, Joe Biden’s approval rating in an average of polls is 51.3 percent, and disapproval is 44.9 percent. One of the most concerning elements for the White House is Harris’s unpopularity among young people.

Those numbers must have further plummeted after the crisis in Afghanistan.

Afghanistan is another crisis during which Harris appeared largely missing in action, despite claims that she too was involved in the decision to withdraw.

She continued with her trip to Asia which involved a stop in Vietnam, which many saw as awful timing considering the incidents in Vietnam are quite similar to those unfolding in Afghanistan.

Her lack of skill as a public speaker and as a foreign policy operative became apparent as she showed considerable hesitation for every syllable she uttered.

She struggled to answer questions about Afghanistan and her poorly timed giggles continued. In fact, her performance was so atrocious that she eventually refrained from taking questions. A BBC correspondent said that she made America appear like an ‘incompetent, uncaring and unreliable’ ally.

It is now amply obvious why Biden’s handlers chose Kamala.

They saw in her someone who was so inept and amateurish that she made the somnambulist Joe look like the brighter one.

Joe may be an utter fiasco, but he still isn’t the completely calamitous catastrophe that Kamala Harris is.

Kamala Harris has made Joe unimpeachable.

It was a cynical but smart move by Joe’s handlers.

Sadly in all this chaos, the future of the United States of America is like that of a kite dancing in a hurricane. The crisis in Afghanistan is merely the beginning. 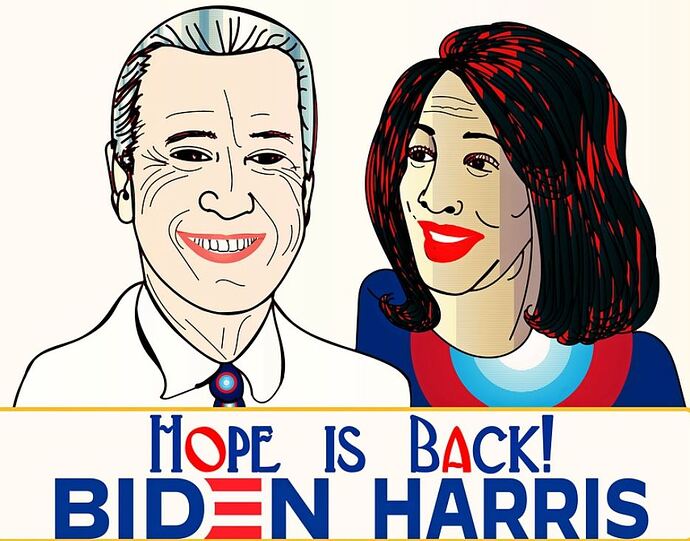 When Joe Biden declared Kamala Harris his running mate in the 2020 election, it perplexed many among his allies and detractors. Why on earth did Joe opt for a relatively youthful individual who makes him look even older than he is in...

Once again proving that people get what thy vote for.

Who is she married to? That’s what it counts.

By the same token, who is Ted Cruz married to?
She is a managing director of Goldman Sachs.
Ted Cruz can never be trusted.

Maybe you’re overthinking this. I thought that she was chosen just because she’s so mediocre, she made Joe look presidential.

She was a woman who had pigment in her skin. She was biracial, her mother is from India while her father is black and from Jamaica. Since diversity is the flavor of the moment, she satisfied all the criteria with flying colors.

Seems she hit all the desirable qualities. If only she had a brain.

But in Harris’ case, you may want to say “Chercherz l’homme.” LOL 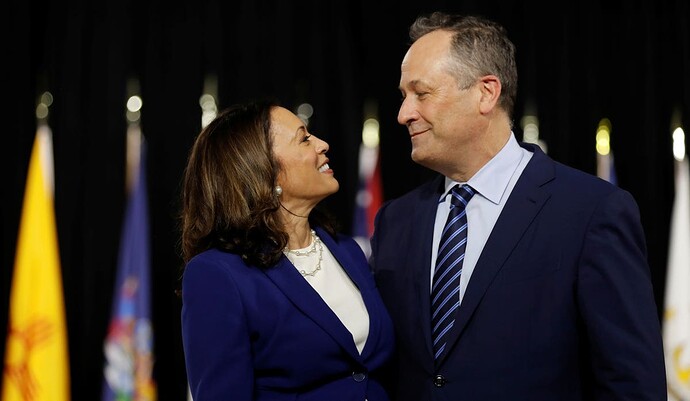 Joe didn’t choose anyone. Joe is a marionette.

She’s the female straw person from the Wizard of Oz.

The choice of the party heads.

She is one step away from dumb and dumber !!! 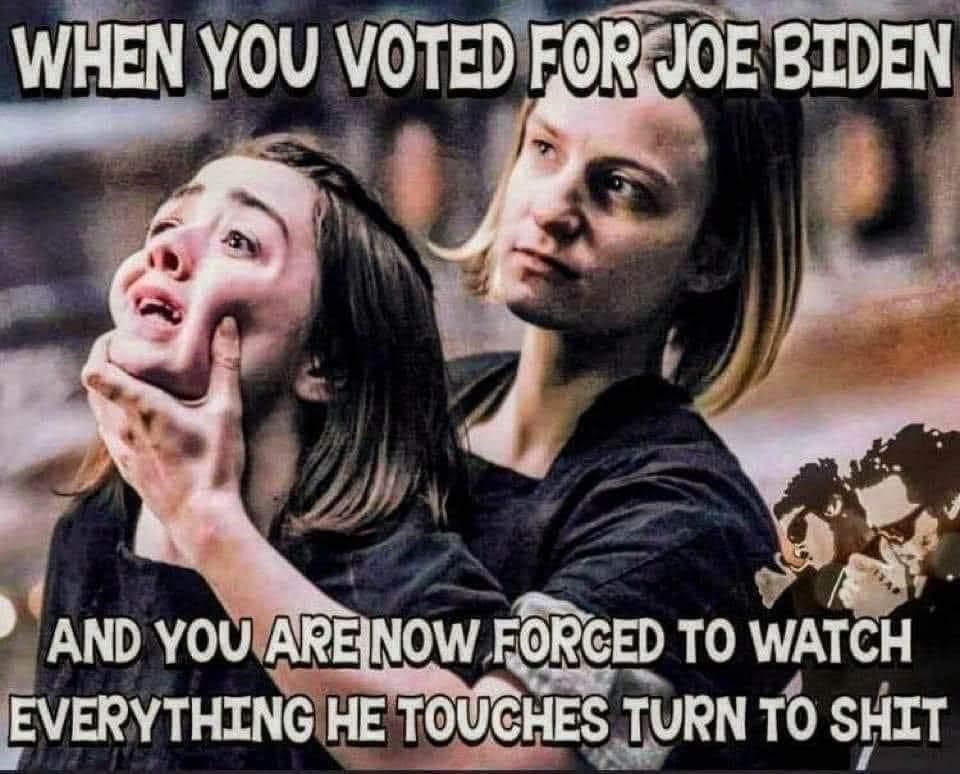 Yet the left remains in complete denial.

She’s about as unpopular as they come, I mean her approval ratings are in the crapper and a majority don’t think she is qualified to be President, she’s literally more unpopular than Joe Bidet.

LOL I mean they expect people to believe that Senile Joey got 81 million votes the most votes in Presidential history. Okay. What…EVAH. ROFLAO.

That’s because the Left in general do NOT live in actual reality. They live in a Pretend World that exists only in their tiny minds.

The Puppeteers cannot keep this up for much longer, Joey Bidet is going to become unmanageable even for them, he’s really struggling now to keep it together. There is coming a time when he’s trotted out to read off cue cards and he’s going to on live TV go totally off the rails and start babbling or screaming like the loon he is.

They must be having to pump him with stronger drugs that take longer to take effect, this could be the reason why he’s always now so late to the podium, in the last two weeks he’s been what 40 minutes late, then he was an hour late to another so-called press conference then there was one he was THREE HOURS LATE.

It’s taking his Handlers longer and longer to pump stuff in him to keep him BARELY functioning, One time soon he’s going to go full on crazy and psychotic on live TV, they cannot keep a lid on his obvious severe Dementia for much longer.

That would mske for GREAT entertainment and ratings. Jen Psaki would be hard pressed to white wash this. Imagine Joe Bidet as Howard Beale of Network.