Why India and Pakistan are edging closer to Nuclear war

So this is heating up as Trump is working to cool down N. Korea’s nuclear situation.

Imagine you give two lifelong enemies, person A and person B, a few dozen nuclear weapons each. Then person A helps one of his friends attack person B. Then, in retaliation, person B enters person A’s house and attacks A’s friend.

That’s basically the situation between India and Pakistan right now. Early on Tuesday morning, Indian Air Force jets carried out airstrikes on a terrorist base in Pakistani-controlled Kashmir. Incidentally or not, the target area is just 30 miles from Osama bin Laden’s hideout in Abbottabad. While it’s not clear whether there were any casualties — India says there were many, but Pakistan says there were none — Pakistan is pledging retaliation. Escalation here might spiral out of control.

Still, India’s action is not surprising. The targeted terrorists were members of Jaish-e-Mohammed, the group responsible for an attack in Pulwama in northern India two weeks ago that killed 40 security officers. As I noted following that attack, public anger and electoral considerations joined to national security concerns to give Prime Minister Narendra Modi reason to retaliate. But Modi’s aggressive response was also made likelier by Pakistani Prime Minister Imran Khan’s scornful response to Indian fury.

While it’s true that India’s retaliation was restrained and intending to avoid escalation, Pakistan is rarely predisposed towards compromise with India. In the hours since the attack, Pakistani politicians have been lining up to offer harsh retaliatory threats against their nemesis. Take opposition leader Shahbaz Sharif, for example, who warned that, “If India initiates a war, Pakistan’s flag will wave over New Delhi.” Imran Khan’s temptation to lash out is also fostered by his populist-Islamic extremist power base. Those interests despise India.

So what happens next?

The U.S. will likely cajole India into avoiding more strikes. At the same time, Pakistan’s primary economic patron, China, will push Islamabad to avoid its own escalation. Again, however, the central problem is the same: powerful Pakistani interests believe they can out-escalate India without suffering major costs. Other Pakistani officials continue to assist Jaish-e-Mohammed in plotting new attacks. In turn, if Pakistan now lashes out at India, or if another terrorist attack against India occurs in the coming weeks, Modi will face immense pressure to respond harshly.

Paranoia, hatred, and nuclear weapons never make a healthy mix. But in South Asia this week, those ingredients are thrown together.

Why India and Pakistan are edging closer to war

Imagine you give two lifelong enemies, person A and person B, a few dozen nuclear weapons each. Then person A helps one of his friends attack person B. Then, in retaliation, person B enters person A's house and attacks A's friend. 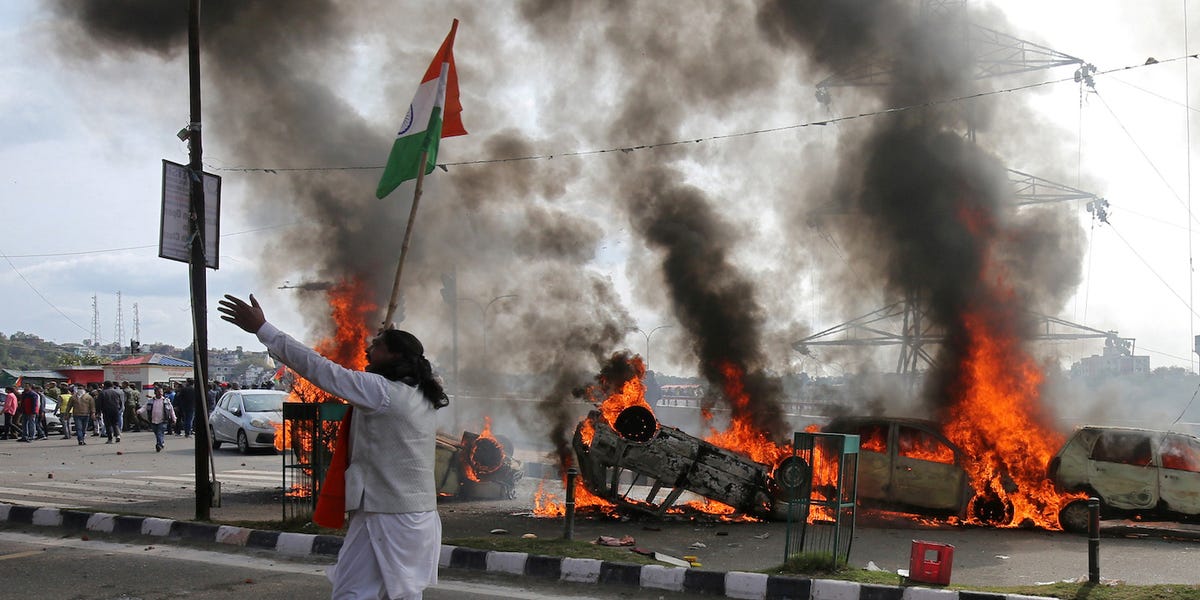 "We don't have that many countries with nuclear weapons that share a common border, so things can get pretty hairy," an expert said.

How are the going to launch the nukes out of the ground if they are buried under miles of poo?

Bc their poo-powered rocket technology is world-class.

The question I have in relation to the North Korea US talks, is that Pakistan recently signed a pact with China for military development, so I don’t think this recent development is a coincidence. Much like how China used NK as a proxy, can the same can be said of Pakistan? Also consider that Trump cancelled funding to the country a few months ago, and its not hard to see why the skepticism is warranted in terms of optics on the surface.

Much like how China used NK as a proxy, can the same can be said of Pakistan?

Much like how Russia has Syria, China will try to enter this proxy war over influence and oil as well. We’ll see where this leads.

In recent time, China has been aggressively expanding into Africa with similar “development” deals, and this has been going on unchecked by the international community. Won’t be long until something big happening, especially with Trump poking at the hornet nest. Time will show that China is one dangerous paper tiger. 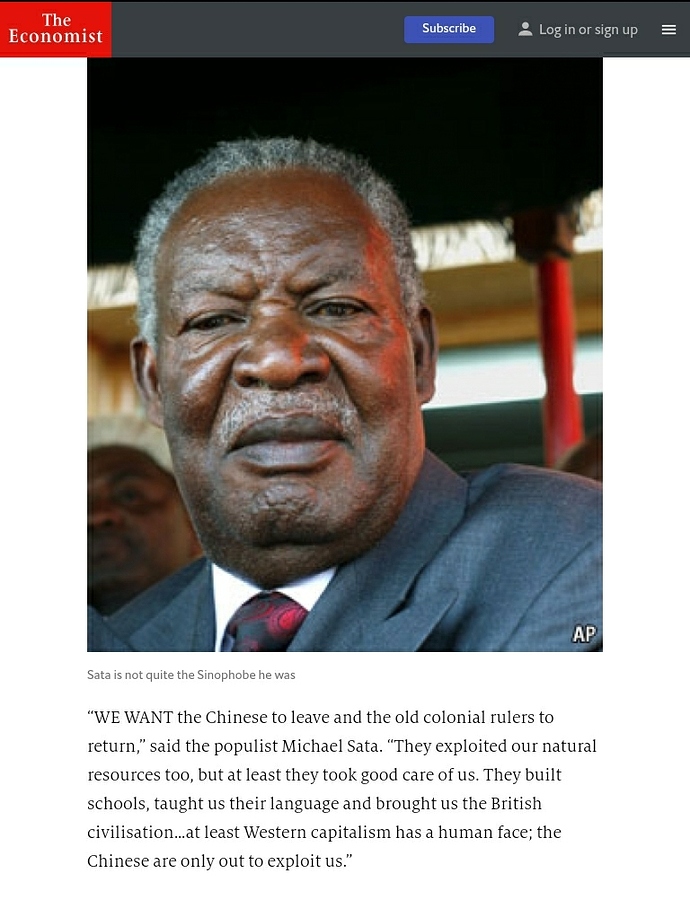 Won’t be long until something big happening, especially with Trump poking at the hornet nest. Time will show that China is one dangerous paper tiger

No doubt about it! I think we are working on duel tracks here, and so I will focus on the economic side of things as I think that addressing that issue in relation to China is really the only way we are going to affect meaningful change, as an alternative to war with China of course. I appreciate you creating this thread and it needs to be monitored closely in terms of trying to understand the bigger picture here.

I thought this was relevant to this thread, as Trump’s opening remarks from Vietnam during the NK USA summit talks, his remarks on Pakistan and India’s latest clash is an interesting take. India - Pakistan issue is far from over. But speaking hopefully is not a bad thing at this time.

Did you ever see the Pakistan- India changing of the guard at some border gates? Who can kick the highest? Who appears crazier? Who can stomp their feet the hardest? Amusing but indicative of unfriendly relations… the ceremonial handshake notwithstanding. 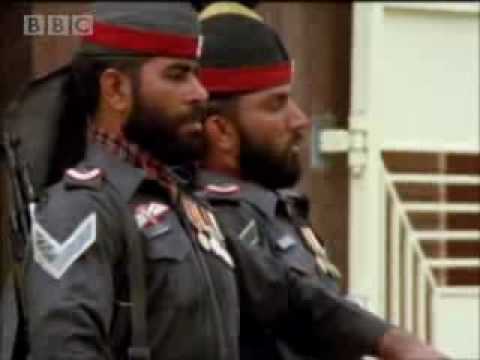 I must be an isolationist.

We spend so much of our blood and treasure trying to keep world peace.

We have all of the natural resources here we need. Beef them up, trade globally but don’t be caught with our pants down in either self sufficiency or defense.

If India and Pakistan want to go at it? Let them.

If India and Pakistan want to go at it? Let them.

Except that these fools have nuclear warheads. And Indian migrate to the US a lot. Do you want your phone to start glowing green every time you call tech support?

Think a nuclear exchange between them would only affect them?

I understand your point.

But, I am sick to death of spending blood and treasure on world peace for people who stab us in the back.

I honestly feel if they want to wipe each other out…let them.

Not as it stands today.

Do we not have the resources to withstand a situation that we cannot control?

Given that we actually do, I will say again: Be an independent country that can survive on its own. The trade is gravy but when push comes to shove we need not be caught with our pants down.

I honestly feel if they want to wipe each other out…let them.

Dont get me wrong, Im all for that. Im just not for another migrant crisis; and as stated they do come here a lot.

Trump/repubs wont be having the grip on the US politics forever. We narrowly dodged having Hillary opening up the border for Middle Eastern and South American “refugees”, but we dont know for this Indian / Pakis refugees situation at all, and how it plays out.

But if they wipe each other out 100%, please proceed.