Why Immigrants are necessary for the U.S. Economy and Survival 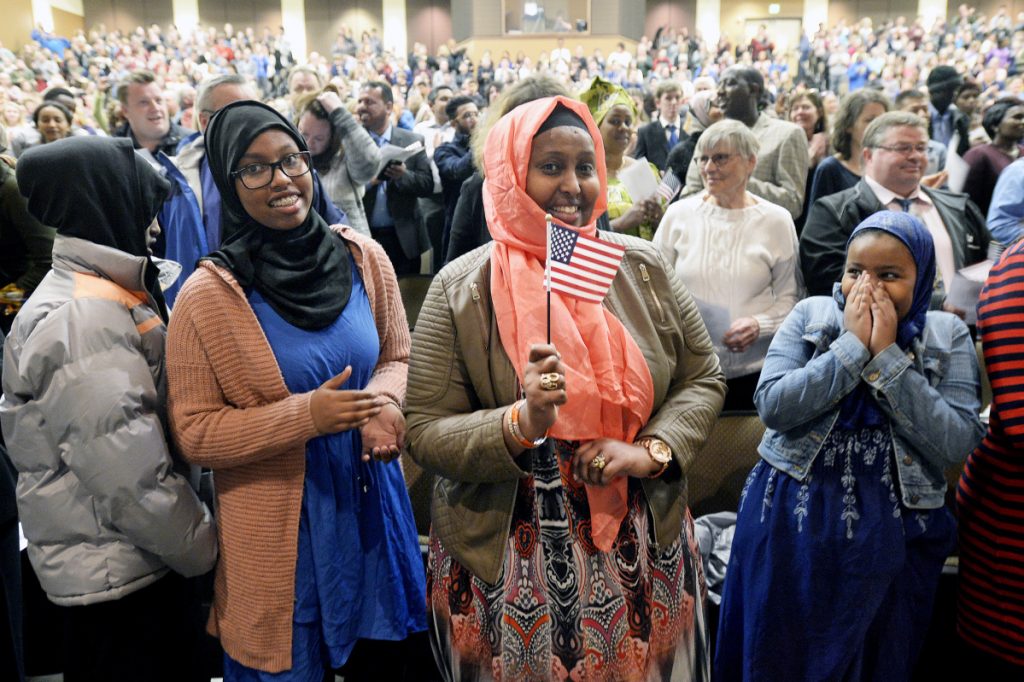 I work in IT and 90% of my coworkers are Pajeets from India. Immigrants are taking high paying jobs from Americans and suppressing our wages.

Alot if it pays well. And it would pay well if people who were satisfied with shithole standards were not taking those jobs away. If the work needs to get done to make some capitalist rich, that capitalist will pay whatever it takes to get the job done. Let Americans - not shitholers - compete for the jobs.

And guess what? Yep… the cost of those things will go up. We know that. We accept that. But we pay now for people on welfare to do nothing… which destroys their self esteem and creates ghettos with idle people. So we would rather pay for Americans to be employed. Keep the shitholers out. If you love shitholers so much, move the fuck to one of the many shitholes in the world.

So you are saying we should enslave foreigners to work our fields? This doesn’t sound very ethical.

Oh look. Soneone else who bought into the tired old “jobs Americans won’t do” schtick. It would be so nice if critical thinking made a comeback along with common sense. Working conditions and wages won’t improve in the US as long as the majority of people who are being hired don’t complain because they’re either ok with sub par working conditions/pay or are afraid to. There’s a reason wages have remained stagnant for the past few decades and it isn’t solely because business owners are greedy. It’s also because people like yourself are willing to sell out your and your children’s futures in exchange for cheap crap from the same places this cheap labor is coming from. Put that in your pipe and smoke it.

Yes they do you jamoke, those are the jobs that teens and other entry-level American workers used to do to get their foot in the door for good working class jobs before jamokes like you decided to force everyone into 4 or so more years of college indoctrination and import 3rd world slaves so you could spread socialism and keep wages low.

“Why Immigrants are necessary for the U.S. Economy and Survival”

You are trying to oversimplify something that is very complex. You just can’t say Immigrants and wrap them in a nice pretty package to get your point across.

First of all the days of mass migration from Europe are over. America is seeing a lot more people from Muslim countries and third world countries. These people are not assimilating. They are holding onto their beliefs that they had in their home countries.

Then we have the influx of illegal immigrants. They bring nothing with them besides a thirst for our social programs. Most are not educated, most refuse to learn our customs and language. They drive down labor costs.

Then we have those here on work visas they come in and work for less money than an American taking jobs away from our college grads.

We need immigrants but we need to be very selective.

They work in low level jobs

That is how we teach our children work ethic and the valuable lesson of starting from the bottom and working your way up.

If employers do pay Social Security & Medicare taxes on behalf of these immigrants, it means that tax dollars are being paid into the system but these workers will never collect any benefits from it.

Ummm…they can collect benefits the minute their feet hit our soil never having worked a day in their lives.

We need immigrants but we need to be very selective.

…emphasis on the very part!

They falsely deflate wages and benefits and 60% of them here under ten years are on welfare, for those who are here over ten years the rate goes up to 70%.

Even more importantly within a decade half the low end wage jobs in the US will be replaced with automation.

What do we then do with millions of unemployed, uneducated, unskilled workers that have nothing to do and no way to earn a living?

All very much true.

We can’t even get a rough count on how many illegals are already living in the US with estimates from credible sources ranging as low as 12-15 million all the way to 22-25 million.

Make Everify mandatory, secure the borders, cut off public assistance to illegals and their families, expand the immigration courts to bring down the backlog dramatically so that new cases can be swiftly adjudicated and speed up the deportation process.

Labor works on the supply and demand principal. The fewer workers the higher the pay as illustrated in the oil days in SD. If 10 million entry level workers went home tomorrow there would be an increase in low level wages that the government didn’t demand.

With the illegal workers also comes the rest of the costs, they file income taxes using ITN’s and claim EITC’s they send their children to schools lowering the standards, they consume healthcare at emergency rooms and few pay the bills. Illegals cost over 135 billion a year after the taxes they pay, is it worth it? The 135 billion is a low estimate and could easily be double.

So much for the rule of law.

LOL, it’s estimated that over 1 million will enter the US this year.

11 million has ben the laughable number since 2000. The yale study says 22 million and other sources say over 40 million.

A long time friend works in Public Education. She processes the intake of students that need special care. When Obama allowed in the large caravan with children her office became swamped and until this day it’s been nonstop.

Most of these kids lack a formal education or are several grades behind compared to students here. To make matters worse most of them don’t speak English.

Each is tested then placed in a grade that is most suitable but not putting them too far behind because of the age differences. Each student is set up with tutors that will teach them English and try to get them caught up with their age groups.

She tells me that about 80% of these students will never graduate high school. Most are too far behind, lack the will to learn English, but most importantly they never stay in one school district long enough. She says that by the time the students are processed and start to settle in their parents up and move.

And the parents won’t inform the school they are moving. They just up and move. The next school ends up with them and is left doing all of the leg work. Sometimes it’s months between schools.

The law of supply and demand rules not to mention out teens are affected as they can find no work.

Exactly how do people who do not speak the language of the country grow the country? How do uneducated people grow the county? How is 135 billion an old estimate cost to the taxpayers a good thing?

the country remains homogenous and not diversified.

Here’s what I always ask when they trot out the completely false “jobs Americans won’t do” tripe. Would an American take a job picking vegetables for a million dollars a year? The obvious answer is, yes. That dispenses with the notion it’s not a job they wouldn’t do and places the focus where it belongs and that is it’s not jobs Americans won’t do, it’s jobs that don’t currently pay enough for them to do. So now it’s a matter of, how much would it take for them to do them. And I am pretty sure you wouldn’t have to come remotely close to a million a year.

Oh and I also have to laugh when they scoff at the idea of Americans being willing to do farm work. Considering I was picking tomatoes for Heinz back when I was ten years old. Bought a lot of comic books with that money. So are they telling me, Americans are too soft to do the work a child can do?

Oh and I turned in more bushels a day than most of the adult migrant workers did while I was at it.