Why Has Congress Failed Americans?

The Founders of our nation and the Framers of our Constitution surely did not foresee the day when, of the federal government’s three branches, the public would have the least confidence in Congress. In fact, the public has a little less confidence in Congress than it has in HMOs. At anywhere between 14 and 19 percent, the fraction of Americans with a “great deal” or “quite a lot” of confidence in Congress is the among the lowest in Gallup’s history of this measure – and the lowest of any of the 16 institutions tested in this year’s Confidence in Institutions survey. The Supreme Court received 53 percent confidence and the presidency of Donald J. Trump received 43 percent - which is higher than the last Republican president (GWB) but is still nothing to be proud of.

The 2020 congressional elections show that switching power between the two major political parties is an act of utter futility. We have a bipartisan failure of Congress to fulfill its constitutional responsibilities and serve the public. In the end, Democrats may have a different style, but just like their Republican counterparts, they are also corrupt, arrogant, and incompetent. Things have gotten so bad institutionally and culturally that we cannot vote our way out of a dysfunctional and destructive Congress as long as the two-party duopoly maintains its grip on our political system.
We no longer have a significant number of members of Congress that rise above partisan political priorities to put the good of the nation and the integrity of our Constitution first.

Worst of all, Congress has allowed president after president to accumulate far more power than our Constitution permits. Even after years of arrogant disrespect by Bush, Obama, and Trump for our Constitution and Congress itself, Congress is too cowardly to do what they are supposed to do to maintain the structure of our federal government.

All this has resulted from repugnant runaway politics. Getting elected, grabbing power and enjoying the benefits of office trump governing. Hundreds of members of Congress - in the House and Senate - are mental midgets, embarrassing blowhards, chronic liars, outright crooks, corporate lackeys, and elderly buffoons. They are plutocracy protectors more than defenders of the republic. And too many that think they should be president.

So what can the vast majority of Americans without confidence in Congress do?

Put aside partisan views and stop re-electing members of Congress. Only a handful of incumbents deserve to be re-elected. A very few that never supported the endless wars and who do not use pork spending to reward their supporters.

Now is the time to elect independents and third-party candidates to Congress. When one objectively sees the utterly low quality of both Democratic and Republican members of Congress it becomes clear that even a random selection of ordinary Americans would probably do better. But we have thousands of independents and third party members with considerable civic and elective office experience that deserve the opportunity to restore our republic.

It’s why I support term limits and getting big money out of politics. The absence of the public servant, and being a statesman is sorely needed to restore exactly what you articulate in your OP.

At the rate things are going I don’t see the harm in electing all third-party and independents during the next election cycle. Our political parties are a terrible cancer that are growing and spreading. When you have cancer you don’t ignore it. You get rid of it any way you can.

So what can the vast majority of Americans without confidence in Congress do?

Well, sense a majority of voters are registered as independents. Start voting independent and side line the democrats and republicans…

Absolutely - the establishment has demonstrated to the American people that they only care about protecting themselves and those that keep them in power.

The REASON Congress is so hated is they have their fingers in EVERYTHING and people want FREEDOM, not some benevolent government that keeps you safe.

Both parties are WHORES for Corporate America and their donors.They don’t give a Rats Butt about voters until reelection time and then they act like they did alot on those socalled " fact finding missions". And do they look concerned visting areas hit by floods etc. They probably own interests in companies that will clean up. do reconstruction and will get kickbacks gor it.They ate also protected by a different legal system than we are.

Now is the time to elect independents and third-party candidates to Congress.

That would be a total mess.

What needs to happen is, the entire Republican party needs to modernize.

The modern conservative movement is built around the construct that “political correctness” is a bad thing, which perhaps isn’t a surprise given that they reached their current status through the Southern Strategy and managed to win the White House with a guy who has a history of overt racism, and who during his initial campaign made racist and xenophobic attacks on immigrants and minorities while still reserving for himself enough time to mock the disabled. You take the reality that <1% of time political correctness can be taken too far to try to deflate its larger goal, a more inclusive and tolerant society in which people take some degree of care not to attack or demean each other based upon their heritage or intrinsic features.

That’s not going to be easily changed, but that’s where the Republican party needs to start. Until that happens the Democrats will have to carry the torch of decency and civility. It would be nice if both parties could do that at a minimum because then Congress might actually get some things done.

The GOP is a criminal enterprise and doesn’t deserve this level of consideration.

Oh please! More of your stupid partisan bullshit! For a minute there I thought you were actually going to put together an intelligent response. Oh well, so much for wishful thinking, but acknowledging the fact that you aren’t capable putting forth anything resembling a balanced view nor talk your way out of paper bag! You are the poster child on why public education in America has failed! 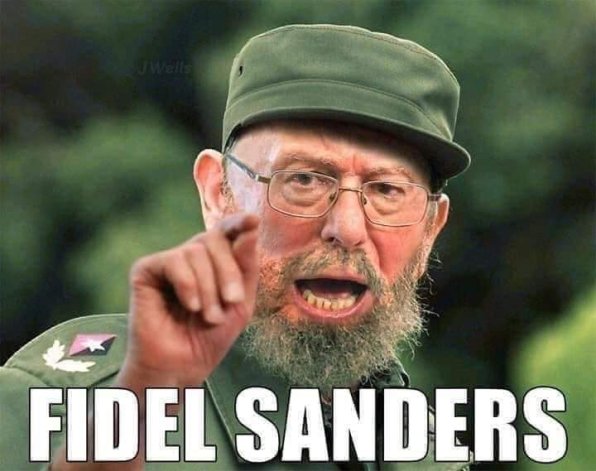 Listen DYKE, Let us know when the Dems are free of influence of corruption and virginal.Corruption doesn’t the difference between any political party.

Yet another leftist projecting their sins on the other side.