Why Do Women Bully Each Other at Work?

Here is the reality of the diversity you asked for, sheeps. Here are some snippets, bc the article is looooooooong

Still, the senior women’s behavior made sense to her. They were slavishly devoted to their jobs, regularly working until nine or 10 at night. Making partner meant either not having children or hiring both day- and nighttime nannies to care for them. “There’s hostility among the women who have made it,” she said. “It’s like, ‘I gave this up. You’re going to have to give it up too.’ ”

After 16 months, Shannon decided she’d had enough. She left for a firm with gentler hours, and later took time off to be with her young children. She now says that if she were to return to a big firm, she’d be wary of working for a woman. A woman would judge her for stepping back from the workforce, she thinks: “Women seem to cut down women.”

Her screed against the female partners surprised me, since people don’t usually rail against historically marginalized groups on the record. When I reached out to other women to ask whether they’d had similar experiences, some were appalled by the question, as though I were Phyllis Schlafly calling from beyond the grave. But then they would say things like “Well, there was this one time …” and tales of female sabotage would spill forth. As I went about my dozens of interviews, I began to feel like a priest to whom women were confessing their sins against feminism.

“I avoid working for women because [they are] such a pain in the ass!” one woman said. In yet another study, women who reported to a female boss had more symptoms of distress, such as trouble sleeping and headaches, than those who worked for a man.

Some people find these studies literally incredible. (When the ABA Journal published an article about the legal-secretary survey, angry readers demanded a retraction. The journal wrote a follow-up piece about the controversy and issued a mild apology for the hurt feelings.) And indeed, it is hard to believe that women would hold a fierce bias against members of their own gender. Perhaps in part because it’s such a thorny topic, this phenomenon tends to be either dismissed (nothing to see here) or written off as inevitable (women are inherently catty). But in fact, psychologists have been attempting to explain it for decades—and the sum of their findings suggests that women aren’t the villains of this story.

As it turns out, researchers have competing theories as to why this happens—why women sometimes find themselves trapped and sniping at one another.

Joyce Benenson, a psychologist at Emmanuel College, in Boston, thinks women are evolutionarily predestined not to collaborate with women they are not related to. Her research suggests that women and girls are less willing than men and boys to cooperate with lower-status individuals of the same gender; more likely to dissolve same-gender friendships; and more willing to socially exclude one another. She points to a similar pattern in apes. Male chimpanzees groom one another more than females do, and frequently work together to hunt or patrol borders. Female chimps are much less likely to form coalitions, and have even been spotted forcing themselves between a female rival and her mate in the throes of copulation.

Benenson believes that women undermine one another because they have always had to compete for mates and for resources for their offspring. Helping another woman might give that woman an edge in the hot-Neanderthal dating market, or might give her children an advantage over your own, so you frostily snub her. Women “can gather around smiling and laughing, exchanging polite, intimate, and even warm conversation, while simultaneously destroying one another’s careers,” Benenson told me. “The contrast is jarring.”

Perhaps not surprisingly, Benenson’s theory is controversial—so much so that she says she feels sidelined and “very isolated” in academia.*

Think of the “cool girl” who casually notes, “All my friends are guys”—as though it just naturally happened that way. Or the overachiever who saves her harshest feedback for her female colleagues, while the men in the office get sports talk and fist bumps. Women like Susan, the financial adviser I met in Washington, “get along with men better,” as she put it, because it pays to get along with whoever’s at the top. 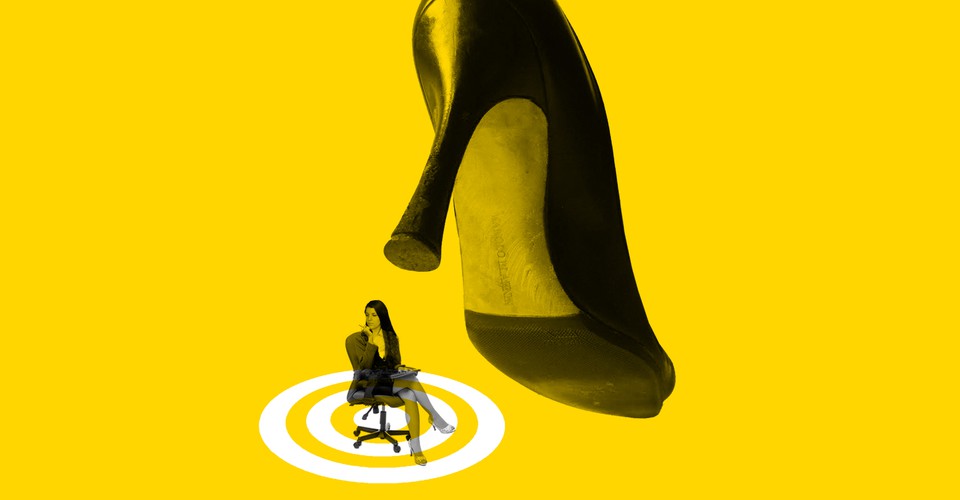 Why Do Women Bully Each Other at Work?

Research suggests that conditions in the workplace might be to blame.

I can think of lots of reasons but two main reasons in particular.

Those not willing to make the same sacrifices as those women who gave everything else up to succeed resent the hell out of them.

The old gal’s resent them maybe even more for their attitudes.

To lesser degrees it’s also things like sexual competition, a feeling that the younger, brighter maybe better educated women are always nipping at their heels hoping to advance over them and that’s always going to cause the person up the ladder to be defensive, and frequently aggressive in defending their positions.

I’ve had male bosses and female bosses. I hate working for women in leadership positions. They are caddy and they take everything personally. In my current job I was able to get transferred to another department because my female boss would get pissed off that her male counterparts were always nice to me and mean to her. She always made it about my looks and my age. In reality, I gave them what they asked for without them having to go through her. She was a bitch and no one wanted to deal with her. Me doing that got me out from under her reign of terror. She used to make me do all sorts of personal things for her too (get her lunch, take in her dry cleaning and pick it up, get her lattes a thousand times a day) which any male boss I’ve ever had has never crossed that line.

which any male boss I’ve ever had has never crossed that line.

Bc he would be called into the HR immediately.

For future reference it’s “Catty”, not “caddy”. A very apt term for the woman you describe.

Honestly, because of my upbringing, and bullying (90% of my bullies in school were female), I fear being around other woman, especially female coworkers and bosses. I worry that they are gking to backstab or gossip about me, make fun of me for whatever reason.

I noticed that women are cliqueish. Especially true, I noticed, when in AFJROTC in high school. I wasn’t a part of “the pack” as they called it, so they made fun of my disability, the way I walked with a limp, having a smaller chest, and being a virgin. Because you are not like them, because they don’t accept you, makes you a target for bullies. I was also called a “bitch” and an “idiot,” and told to “shut the fuck up right now” for not being pro-choice by the same people over social media in 2018.

Thanks for elaborating on this.

Jealousy is a big part of it, too.

That can most certainly be true. I think it has a lot to do with insecurity. Also, there is a type of person who doesn’t handle power very well at all. Rather than use it to empower people, they use it to abuse people. You see that in both men and women.

And because of that, one day when you find yourself in a leadership position you will either:

(A) use it to retaliate against those undeserving of your past wounds or;
(B) never treat anyone the way you were treated but the way in which you would want to be treated.

Knowing you, B would be the option you take.

There are always exceptions to this. I’ve worked for some pretty awesome women.

I am also a business owner. Just yesterday I took my comptroller out for lunch and each of us bought three new outfits on the company, filed under “uniforms”. Same philosophy, but different for the other women who work in my office.

My mantra is… I have my job to do, you have your job to do. If you have something you can’t solve I’ll help you or I’ll find help for you. If I didn’t trust you or your judgement, you wouldn’t be here. Each person has talents unique to them that makes for a great team.

Sometimes, they ask me what should I do in this situation. I ask them, what do YOU think you should do and why? And we talk about the pro’s and the con’s. And when they’ve reached a conclusion I say, now “go for it”! Let me know how it works out!

I love to see people flourish and grow. There is no damn greater reward.

People who put others down or use their power to make others miserable are full of a cancer that eats their soul. You can always leave the situation, but in the end they are the ones stuck with themselves and having to answer (karma) for the harm they’ve done to others.