Why do all the luvvies hate Trump?

I could never understand what they have against him - does anyone know why they seem to hate him so much?

This is just one example but there seem to be hundreds 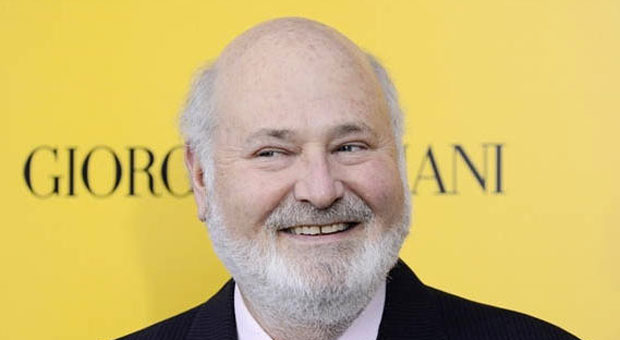 Rob Reiner: Trump Should be Banned from Twitter and Sitting in Prison

Because they are owned by China and they have to hate Trump for going after their master. Rob Reiner is the biggest sell out in all of Hollywood. I think its more an example of catering for their customers.
By some estimates the Chinese will soon be the biggest market for Hollywood films and as the CCP censor everything, you need to be mindful of that.
Now I don’t think Hollywood is ‘‘owned’’ by the Chinese yet but if they want to make a shekel or two they need to be sensitive to the Chinese censors.

Something does not compute on that one…but I just can’t seem to put my nose on it.

They already own several major studios including AMC theatres. Yes they are eyeing the biggest market which is China and that is fine with me except when they try their censorship in the US market and that needs to stop. Also it doesn’t stop with just Hollywood but also in corporate and sports industry’s as well. The NBA, which I don’t care about are totally China’s bitch, with China already trying to influence free speech in that arena. Anyway you ask the question why celebrities don’t like Trump and the answer always leads back to China and their investments in such venues and Hollywood celebrities are total sell outs!

I can tell you this, there used to be a lot of musical artists and actors I used to like until they opined on their political views and made it known to insult conservatives while doing so. I never look at them the same way again Nor care anymore about what they sell as most of it is pure trash now. Fuck all of them! I wouldn’t give a single dime to them ever again.

SHUT UP and sing Bab’s, (Barbara Streisand) that’s all you’re good for.

Because he’s petty, nasty, name calling, sophomoric, says idiotic shit, is irresponsible, slanders, libel’s people, insults people, mocks people, lies in copious fashion, fans the flames of violence,…
And I’ve got to go to work so you get the abbreviated version here.

I could never understand what they have against him - does anyone know why they seem to hate him so much?

My theory is that they think they have the culture war won. They’ve been fighting tooth and claw against a tame opposition, and think that total dominance is within their grasp. Then this guy Trump comes along ready to fight them with their intensity, and they’re scared that dominance is slipping through their fingers. So, they dial up their intensity to 11, that’s the only tool left in their toolbox.

Follow the money! Is not that hard to figure out. Him and his father were enshrined in the Chinese theatre In Hollywood and their connections to China go way back. Why was he so adamant about muh Russia interfering in our elections? Because he was deflecting from the real culprits which has always been China.

If Hollywood is just a regular business, I have no problem with that. But Hollywood has an agenda and is owned by the same people like Epstein.

They have the power and money to punish anybody, such as Mel Gibson, who is critical of them.

What does Hollywood promote?
Culture war, Marxism, homosexuality and satanism.

Dumbed down people, yes.
But not all Americans are dumbed down sheeple.

That would be - Rap music, vulgarian culture, worship of vapid entertainers, and pornography. That about covers it.

Suppliers meet the demand, just as with the drugs coming out of Mexico/Central America…

The point being, I was responding to someone blaming Hollywood. They too are a supplier meeting a demand.

Yes, that’s true, and as human beings and sources of information, they are of roughly equal value.

Not sure what you mean with that…