Who is the Long Island serial killer?

My only guess is it has to be a big name Democrat donor.

This guy killed escorts which means he had to communicate some how, how can you not look at the girls call log and investigate the last five ppl and connect the dots?

Even if it’s a burn number that phone was purchased at a store that most likely has cameras a dated time is recorded at purchase.

This has to be a Democrat. Another Harvey Weinstein… We all know if the ladies didn’t come forward in a Harvey Weinstein case he would still be raping girls and donating to Democrats 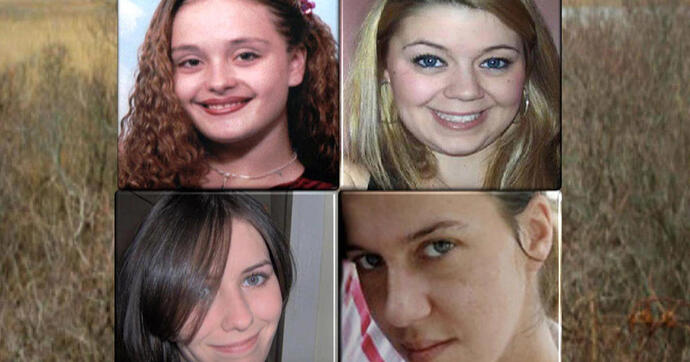 Who is the Long Island serial killer?

New details: The search for Shannan Gilbert leads to the discovery of the bodies of four other women on Gilgo Beach.

No idea who The Long Island Serial Killer is BUT WHOEVER he is you can BET that Leftists EVERYWHERE will support him and when he’s caught they will DEMAND he is released into the public realm again. They will say that:

He is misunderstood, he had a mean Mom who shouted at him to take the trash out when he was 10 years old, that in actuality he is a man trapped in a woman’s body and he was DENIED the medical procedure to chop his penis off, that his entire life since BIRTH has been affected by those evil White Christians who of course also ALL are evil White Supremacists and CRUCIALLY that he was FORCED to become a Serial Killer because Donald Trump beat Hillary and this literally DESTROYED ALL his thinking from then on. 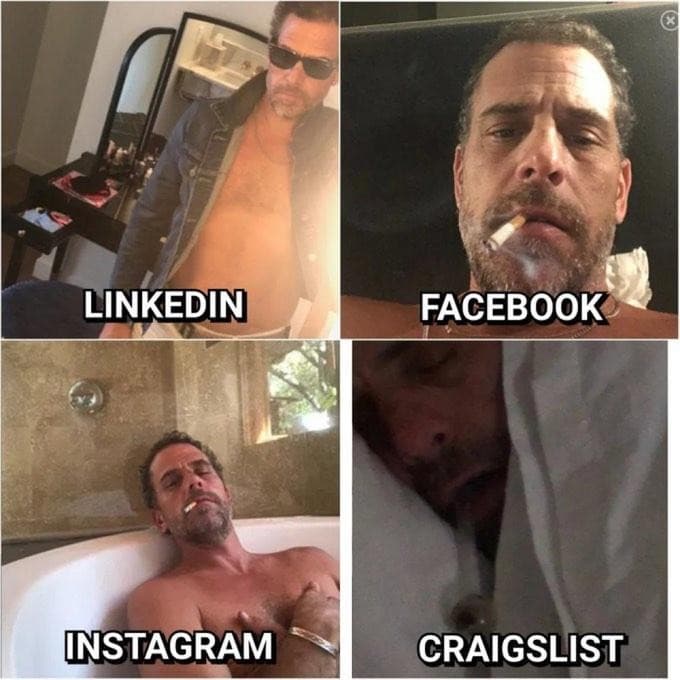 You think it was hunter? Interesting

Well who knows with Hunter? I mean in general he’s so totally fucked up and off his head most of the time, he is afterall a known Crackhead and he has a thing for treating women like sex objects and in general like shit.

Imagine if that would have been one of The Donald’s sons? The Leftists and the MSM are such hypocritical sacks of horsecrap.

Hunter turn your self in you hooker loving feen

No idea who The Long Island Serial Killer is BUT WHOEVER he is you can BET that Leftists EVERYWHERE will support him and when he’s caught they will DEMAND he is released into the public realm again.

Yeah, I’ll be waiting for you to post up the quote from any liberal that wishes a serial murderer released…

WTF Monte! Democrat Governors used the COVID-19 excuse to release THOUSANDS of criminals already out of prisons, I mean we alone in California got 10,000 Mofo’s released last year back onto the streets, the excuse was “oh if they stay in jail they’ll get COVID” Democrat Governors and I add Mayors are fucking criminals themselves doing this.

You weren’t talking about Covid in the post I responded to….

But you said to show any liberal who supported serial murderers being released, so I said that several Democrat Governors have literally released rapists and murderers among other criminals back onto the streets.

Also all this Illegal Immigrant crowd that are pouring across the borders, how many rapists and murderers are among them and now are on our streets? We don’t know, but I bet there’s a ton of them. Democrats are ALLOWING them to come into this nation.

They were released due to Covid. Whether or not that should have happened is certainly debatable. But you seemed to be asserting that liberals GENERALLY want all criminals released, even the New York serial killer which isn’t the case.

That Covid was used as an excuse is monstrous, the total disregard for public safety itself is actually criminal.

I think in general most liberals do not agree with prisons, they were out there chanting with the BLM crowd agreeing that TONS of criminals should be released from prison. Maybe not ALL liberals agree but I think most do. They think that some type of Community Service is better than prison, but those with violent tendency and drug dealers and sex offenders BELONG in prison for a LONG TIME and not given a few years and then put back onto the streets and I don’t care if they are White, Black or Brown, whereas the White liberals in the BLM camp literally want all Black and Brown criminals just put back onto the streets in the name of “Eliminating Racism” or whatever stupid shit they are now calling it. The crowd supporting this are actually a DANGER to the Community.

We have enough problems with crime as it is without adding to it. I’m going on duty in a few hours and I might have to deal with a situation CAUSED by releasing these criminals using Covid as an excuse, I HOPE I don’t have to but it is within the realms of possibility.

Prisons are as much a necessity in society as hospitals, schools, police, water and sanitation, mental institutes etc.,

Of course there’s a problem with our prison system, but that doesn’t mean we should just dismantle prisons and release the inmates. I know YOU don’t support that but as I just commented many MISGUIDED White liberals who are on the BLM bandwagon do actually support that.

Of course there’s a problem with our prison system, but that doesn’t mean we should just dismantle prisons and release the inmates.

Correct. But I didn’t indorse that. I said prisons are a necessary part of any civilization. I can only speak for myself.