An elected official, booted by his own party officials from the GOP. His response :

Allsup ran uncontested in May 2018 for Whitman Co. GOP’s precinct committee officer position. The Whitman Co. GOP Central Committee unanimously voted Saturday not to recognize his vote on the committee.

At the WCRCC meeting, Chairwoman Sandra Brabb said Allsup will not be recognized as a member of the committee and will have a PCO captain take his place. A PCO participates and assists during political campaigns. Allsup’s term began January 1.

The WCRCC formed a vetting committee of four members, who recommended that Allsup not be allowed to vote in the position. The committee cannot remove Allsup from the position, so Saturday’s vote was to not recognize him as a member of the committee.

One concern cited by Chairman John Brabb is whether Allsup is still a resident of Whitman County. Allsup graduated from WSU in 2017, but he claims to still have an apartment in Pullman.

Another concern is that the committee feels Allsup does not represent Whitman County GOP’s values, Brabb said. A prime example cited by Brabb is Allsup’s membership in a group called “Identity Evropa,” which the Southern Poverty Law Center identifies as a white nationalist group.

“One of the most concerning statements in an interview Mr. Allsup said he’s not gonna be out there holding the banner for Republicans,” Brabb told The Daily Evergreen. “The PCO position is a means to an end.”

The Southern Poverty Law Center names Identity Evropa as an organizer of the 2017 Unite the Right Rally in Charlottesville, Virginia, where one woman was killed and Allsup spoke. The College Republicans’ national organization quickly told Allsup to resign from his position as WSU College Republicans President following his involvement.

A month after Allsup gained his POC seat, the Southern Poverty Law Center wrote an article about how Allsup wants more members of Identity Evropa to seek local political office.

“We cannot podcast, livestream, or tweet our way to victory,” Allsup told a conference audience hosted by Identity Evropa in March 2018. “We can only change consciousness so much before we have to start changing the political infrastructure.” 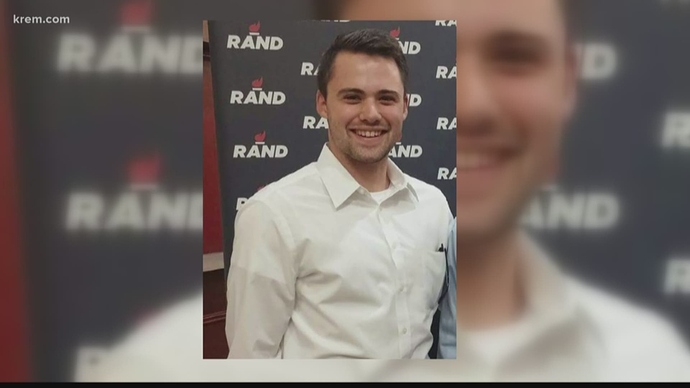 Sounds like they have good cause not to seat him as long as they are doing so within the rules of the organization.

What is that even supposed to mean? Trump was eligible period.

They can’t totally get rid of him because he was elected, but only because there was apparently no one else on the ballot. That is on their Central Committee for not finding anyone to run against him. As long as they are following the bylaws they are good.