When Will Knife Control Be Instituted?

A suspect is in custody and the only known motives appear to be “robbery, hate, homicide,” the Garden Grove police said at a news conference.

We don’t need knife or gun control; we need nut control; and that’s a tall order. The reason being; it’s easy to define a benign eccentricity or even a temporary emotional state, as something dangerous. The human noodle is one complicated piece of machinery.

We just need to start putting the crazies back in the mental hospitals where they belong. They should have never been let out in the first place.

Bingo, give that man a cigar.

Over 70% of violent criminals have serious mental and/or addiction issues.

From what I’m seeing this guy was more interested in maiming and killing than the robbery aspect since he was randomly attacking people who were no threat and offered no resistance.

The best way to control crazy people with knives is to have less gun control.

One of the best movie scenes of all time.

In my younger days I sold CutCo … I’m an arms merchant of death and spatula spreaders! Mwahahahahaha!

I got a new slogan for the progressive mental midgets: “No knives, no straws, no utensils at all!”

Stabbing people to death should be illegal… Oh wait! When will car control be instituted?

That’s just it. Look around the world where terrorists have a hard time getting their hands on firearms and what do they tend to turn to? IED’s, VBIED’s etc.

It’s much easier to rack up double, triple, quadruple digit casualties with things that go boom instead of bang.

It’s far easier to rack up double and triple digit casualties by ramming a vehicle into a crowd than it is with a firearm.

How are those threat stopped? Usually by people with guns.

You can look at a list of terrorist incidents each year and see that by far, when they use firearms they rack up far fewer casualties on average because of the non selective nature of those other means vs the selectivity of firearms and universally the way to stop those threats is with firearms if you care about keeping collateral casualties to a minimum while also keeping your own people doing the defending exposed to the lowest level of threat themselves.

Based on the 2017 FBI statistics alone, knives murders are about 4 times the amount of death caused by rifles. Matter of facts, murders caused by “hands and feet” are more than rifle death alone that year. Are we going to regulate “hands and feet”?

And lets not forget “other weapons” which constitute anything from acids, cement blocks, clothing, rat poisons, cars, keyboards, hammer and anything else the crazies can get creative with.

(note: there is an excel sheet there were you can download and calculate out the total for each “weapon type”, and im not sure why they dont include that line. Anyway, ill compile the numbers I crunched out below)

The only reason “handguns”, the largest casualty-claiming weapon, are left untouched is bc it would shed light on the minority-on-minority crimes that much go unreported, much like the shooting spree in Chicago that happened in that same cursed weekend. Not much is being reported, bc you already know why

Hell, even the shooting in Ohio is being “selectively forgotten” bc the shooter is a supporter of Antifa, Sanders, and Warren. These dont fit a certain narrative, and they fall by the wayside bc they dont have the politicization power that the shooting in Texas does. 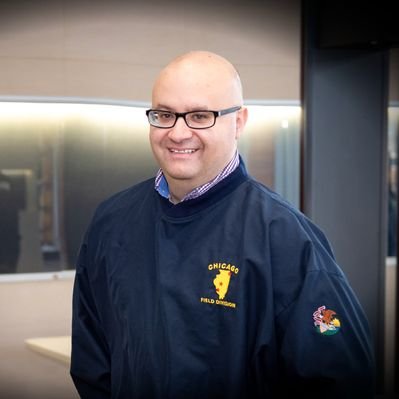 Area saturation teams and organized crime officers flooded Chicago's west side following several multi-victim shooting incidents. This firearm with an extended clip was recovered Sunday by @ChicagoCAPS10 in the area where we expected potential retaliation. https://t.co/VNNSOSZOD2 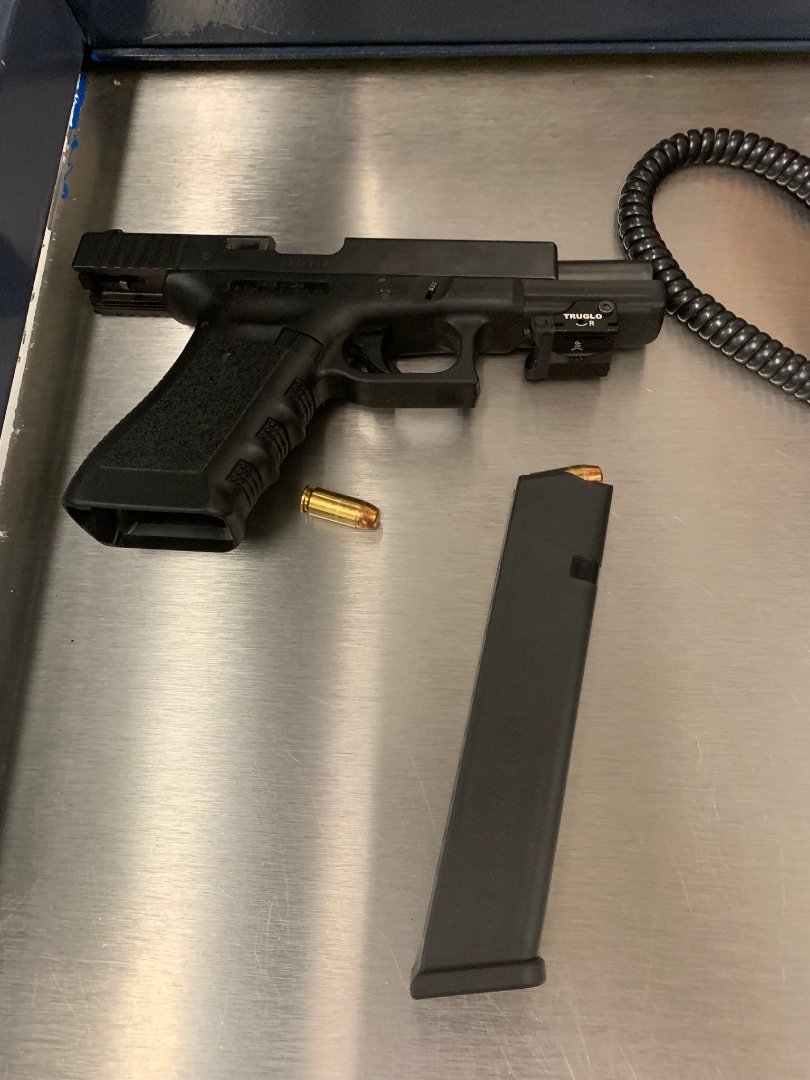 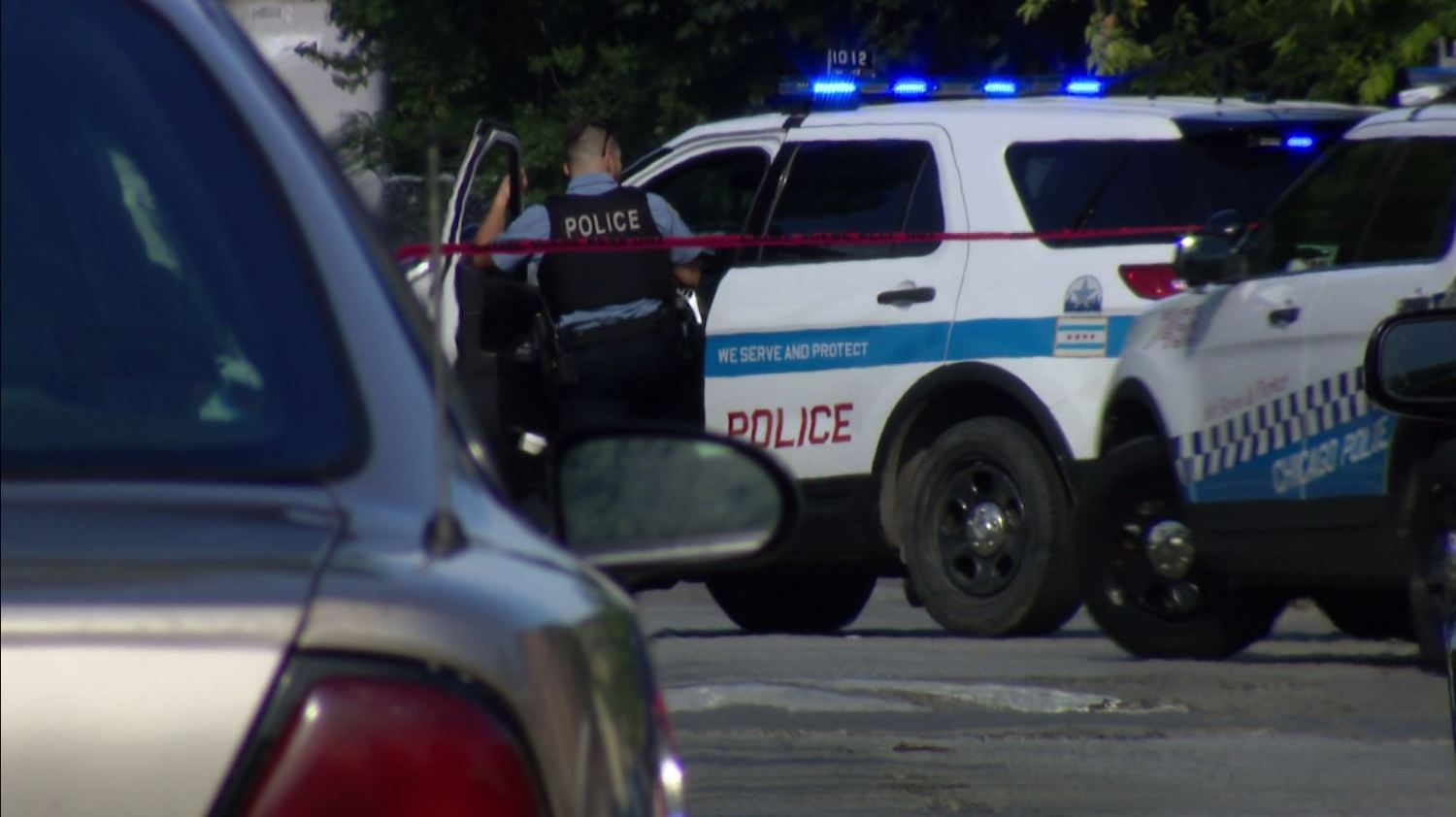 7 Killed, 46 Wounded In Weekend Shootings; 'It's Destroying The Fiber Of Our...

“Please stop. It's killing our families, it's destroying the fiber of our communities. We have to stop this senseless killing,” said Keith Flowers, whose son was killed in a mass shooting in Lawndale on Sunday.

When there was a renewed push in the 70’s due to out of control crime again they focused on handguns . Handgun Inc was the original organization that eventually morphed into the Brady Campaign.

Their sole focus up until the mid/late eighties was an outright ban of handguns and a repeal of the 2nd Amendment.

The general public realizes however the value of handguns for Self Defense thus they were never able to succeed at a national level but were quite successful in some states and particularly big cities where crime was most rampant.

The public of course fought back hard primarily through the NRA who shifted their focus from solely being a training organization and promoter of 2nd Amendment Rights to an active political lobbying organization in large part but in additional to the original mission.

We were successful then beginning in the late eighties pushing through legalized concealed carry and it’s now expanded to all fifty states.

The Focus then of the Brady Campaign and anti gun left started shifting more and more then to “assault weapons” due to the shootout following the N. Hollywood bank robbery in CA and The shootout in Dade County FL between 8 FBI agents and two serial bank robbers. The robbers were able to just shoot the hell out of the agents killing several of them and wounding I think all of them.

Those incidents were used to stir up extreme outrage by a good portion of the public and resulted in the ban on imported full auto’s and even more restrictions on NFA weapons.

In truth what they proved was that a single well armed and determined man even with a semi auto rifle like the AR or Mini 14 in a well covered position could hold off a much larger force of attackers proving the worth of those weapons in self defense.

The truth is, most mass shootings are not committed with so called assault weapons, the most common weapon used is semi auto handguns but that doesn’t matter, as the “assault weapons” are seen as the low hanging fruit and therefore easy to go after.

Make no mistake though, if they succeed in a new AWB, the very next mass shooting using handguns will be the launching point for a renewed assault on semi auto handguns. If that is successful, we’ll move them incrementally from them to revolvers, and everything else but single shot rifles, pistols, and shotguns.

This is how I look at it: There is only one degree of death.

Youre absolutely right. I guess I was relating “gun control” with “whyte men”, which is the “problems” that they are bunching together, while handguns deaths are mostly "minority-on-minority crimes. The post was originally part of the previous post, but they were getting long so I divided them in two, but now the meaning is lost in translation.