When should terrorists be released from prison?

DUH! How about ‘never’? Would a rabid dog be allowed to freely roam in a community?

“A man recently released from prison for a terrorism offence killed two people in a terrorist attack that has been leapt upon by politicians ahead of the election next week.”

Our leaders really believe these psychos can be rehabilitated/de-radicalized/re-programmed (take your pick - it’s all wishful thinking whatever heading it comes under). I suppose it’s only when one of their loved ones is killed that the penny will drop. The madness continues.

When should terrorists be released from prison? – podcast

After the terrorist attack in London last week, political parties are blaming each other. Jamie Grierson reviews the evidence on sentencing and rehabilitation. Plus: Patrick Wintour on the arrival of Donald Trump for a Nato summit

So why aren’t you Brits protesting over this? The terror attack happened in November, the election came and went, now what? It’s your country, what do you plan on doing to save it?

People often get the politicians they deserve. If the British people keep electing nut jobs who want to let terrorists out of prison then they can expect to see more incidents of terrorism. It’s simple arithmetic.

When the politicians release a terrorist from prison and that terrorist goes on to kill a bunch of citizens those politicians should get the same sentence as the terrorist.

Apparently we are all just a bunch of crazy bigots. Terrorism is a disease and it can be cured: 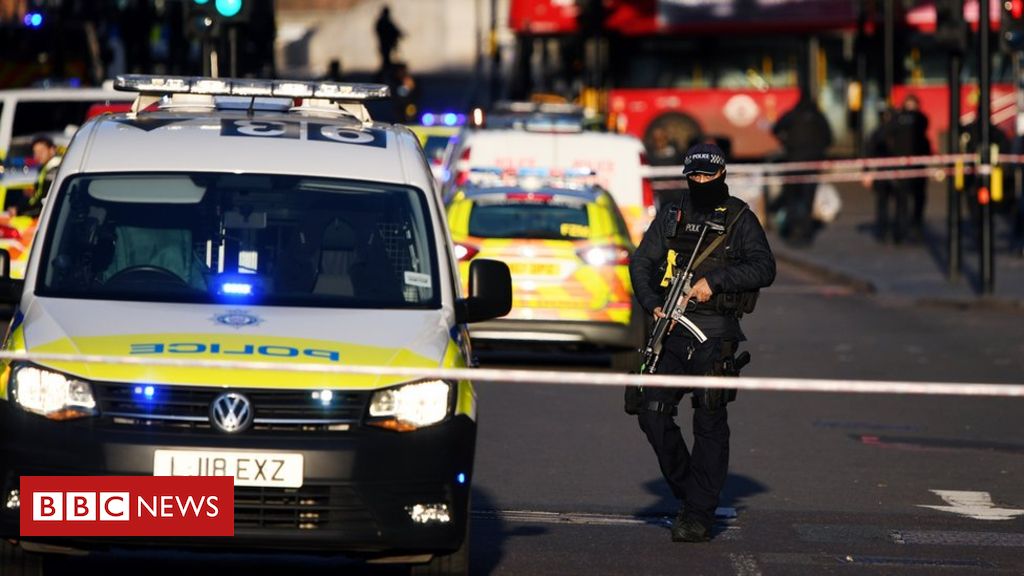 No certainty terror offenders can be 'cured'

A top psychologist says there is probably no scheme that can "cure" or "de-programme" a terror offender.

Whenever I see ‘Top Psychologists’ or ‘Top Scientists’ or ‘Top (fill in the blank)’, then there is a good chance that the article is filled with BS and opinions.

Because my solution would be unacceptable to British liberal stomachs. I understand that there was a time not so long ago when a threat to kill (which I think could apply to terrorists caught planning an atrocity?) was a capital offence, but now it’s a mere misdemeanour. Not very much I can do about that?

People often get the politicians they deserve. If the British people keep electing nut jobs who want to let terrorists out of prison then they can expect to see more incidents of terrorism. It’s simple arithmetic.

Exactement - and the same applies when the the Royal Navy and Border Force keep ‘rescuing’ them from the English Channel; the others know it will be risk-free, so let’s do it! They’re laughing their heads off at us.

They should NEVER be released!!! They belong on Gitmo, Devils Island or a rebuilt Alcatraz.

When they are dead and incinerated.