When Did Megyn Kelly Wake Up? Interview With Glenn Beck

What did I miss? When did Megyn Kelly wake up to the MSM Anti-Trump Agenda? In the below interview with Glenn Beck she even uses the term Trump Derangement Syndrome. So when did Megyn flip exactly? She is very different than she was in 2016. 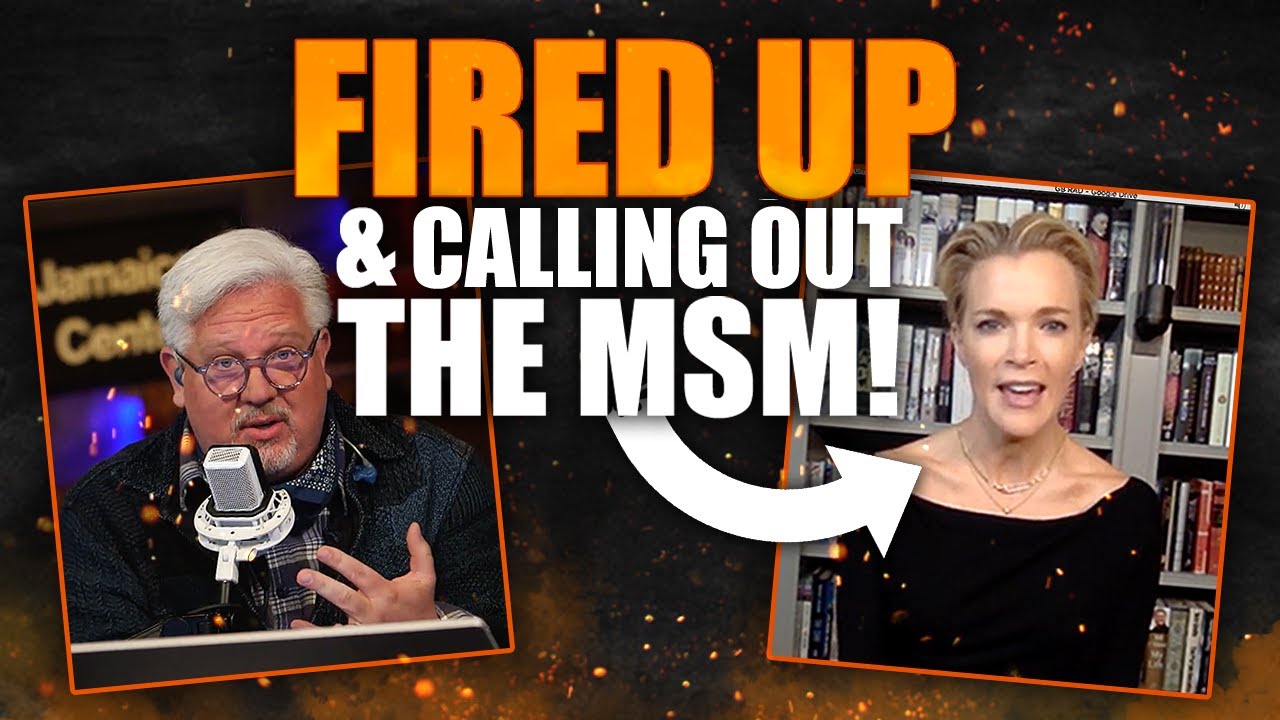 Okay so I’ve just been reading Megyn Kelly’s Twitter, she appears to have come over to our side, crazy stuff, I wonder what caused this? She’s trashing the Democrats and the Propaganda MSM and defending Trump. I expect she’ll get death threats now from the Unhinged Left.

I thought she worked for NBC last?

Why I Voted Trump: A Coming Out Story US News & Politics

This is really a great read and I highly recommend you read a long life democrat’s perspective on why they are now voting for Trump. She makes some poignant remarks about the left’s intolerance, hatred, bigotry, vicious violence and their fascist attitudes that has her turned away from their cause. I found this article to be a remarkable story that gave insight to the left’s affect on people and how it is turned against them.

The linked article might give you some insight as many from the left are realising that voting for Biden would be a disaster.

The other aspect about Kelly in this particular instance might also suggest that her bombing terribly like Beck did is an attempt to win back her fans in the media. These two will never be the same.

No not with them now, if you watch the interview it’s about 11 minutes long she is now not with them and on her Twitter she says how nice it is now she is free from the Corporate Media. She is sounding pretty Republican now and trashes not only the MSM but also the Left in general, also says that Trump won the debate and the MSM are disgusting for not going after Biden on the Hunter China/Ukraine stuff.

The Hunter Biden thing is pretty bad. It’s for real and probably the October surprise for this election.

Thanks I’ll read that. I know some have bad feelings about Megyn Kelly because how she was in 2016, but from the Glenn Beck interview and her entire Twitter Feed it seems she has now joined our side and so I think she should be forgiven for 2016 and welcomed and not pushed away.

I will never trust her. She was an embed as controlled opposition and is nothing more than a narcissist looking for a job.

BTW, I highly recommend reading that article, it’s not only insightful but useful too! I got attacked on another forum yesterday for posting it.

Not sure because normally the October Surprise is later, I still have a bad feeling that on the Friday before the election the Democrats with their MSM in tow are going to spring something on Trump that he won’t have time to respond to.

Off Topic slightly but I was hearing that at 11PM the night of the debate, that was after the debate a huge amount of people were Googling “How can I change my vote?” this was obviously from those already voted perhaps now wanting to change their vote from Biden to Trump, in some states I think they can actually change their vote, I was also reading that 52% of Biden voters have already voted and only 25% of Trump voters have and that so far something like 56 million votes have already been cast.

Why was you attacked for posting it?

Apparently it triggers them when the truth is spoken or expressed.

That’s because The Ministry of Propaganda has determined what is the truth and the truth is whatever Leftist HQ says it is.

What I take away most from this is the age group demographic. It seems the older people are able to shake off the TDS and look at reason, whereas 20 to 30 years can not. Probably a product of the school system that taught them to hate capitalism and love socialist ideas.

I agree, most likely something to do with the method of schooling.

A great movie that explains all of what we are seeing in America right now is by Curt Bowers “Agenda: Grinding America Down”

It is not only thoroughly researched but hits the mark in succinct terms how our institutions have been infiltrated with Marxist ideology. Every American loving patriot needs to watch this film to fully appreciate what Trump is trying to accomplish.

That is good and you are lucky! I spent part of my life having to grow up in New York and the other half on a reservation. God didn’t spare me the pain of professing myself as a liberal when entering college. Years of my life I will never get back. What changed it? The death of my father and my mother’s stupidity. It was my grandfather’s teachings who saved me!

What did I miss? When did Megyn Kelly wake up to the MSM Anti-Trump Agenda?

Megyn Kelly is the mother of the MSM Anti-Trump Agenda. In the 2016 GOP debates she was totally rude and attacking Trump.

The Hunter Biden thing is pretty bad. It’s for real and probably the October surprise for this election

There is one problem with that:
These days, Leftist voters are so lawless and evil and socialist and all that, they simply do not care. Every allegation can be totally true and they will still vote for Biden. These are people who burn cities. They don’t give a shit about Hunter.

October surprises only have an effect when the voters are ethical and moral. Democrats today have no morals or ethics.