What is your political persuasion

It appears most people here in the bullpen are either conservative or Libertarian. I want too see what political ideology you subscribe to and what party you affiliate yourself with

I don’t really know what I consider myself. I personally have very conservative principles but those don’t necessarily align with the Republican Party. For example, I don’t think games on the stock market are worth unlimited immigration. Too many Wall Street traded companies have sold out America as a way to cut costs and increase profits. In that sense, I think capitalism has failed because politicians refuse to reign in practices that were against the interests of America. Socially, I am against gay marriage and anything transgender. I personally don’t care what two people want to do with each other in private but I don’t think there should be any special rights conferred based on how someone likes to have sex with someone else. It’s degenerate. I’m mostly unimpressed with Republicans and I despise Democrats. I don’t support foreign aid to countries no matter who they are. Foreign countries should be able to square themselves away and if we give them any money then they should be subservient to whatever we want. Right now, that’s not the case. I’m also against the police state and mass surveillance. I think Big Tech should be broken up in smaller companies and that competition should be enabled by regulation. I can go on and on, but those are some of the larger issues for me.

Wow! We must be cut from the same cloth, because that is exactly how I look at things.

I am thinking about creating a new political ideology, which would act as a unifying factor between everyone to fight the true enemy.

I would basically sell this as a “Socialist Revolution”, but only against the Super Rich. Not the middle class. Not the upper middle class. We aren’t even coming after you, if you own a business and multiple houses. I mean the limit should be somewhere beyond 100 million dollars.

Why sacrifice all of your social connections just to be played by the Elite. Left and Right doesn’t even really exist. It only exists as an artifical propped up enemy, so each side has something to hate. We think of as the Left as insane retards. They think of us as stupid haters. Why not find something that we can all agree on?

The Super Rich need to be punished. The ones that are so rich, that they influence public policy. We can do it humanely. But it’s obvious that we don’t have not a single fucking Ally up there in the top. They are selfish and only care about themselves. I am not aware of a single behind-the-scenes Rich Guy funding right-wing youtube channels, projects, movements or demontrations. Maybe some of our conservative plus parties, you can find in Europe. But fuck them honestly. Their vision is “a bit less immigration and it being done orderly and legally”.

I am sick and tired of being hated by my own people. However I am not abandoning them. It’s obvious that Whites are just inherently too good-hearted. But I think we could appeal to them with an attack on the Elite.

What do you think? If you disagree with this, you must be a fucking ■■■■■■■■■■■■■ shill or a maga retard, who is ready to sacrifice all of his values for his retarded orange potato just to “TRIGGER DA LIBS”.

I already made a thread about this. WE HAVE NOTHING IN COMMON WITH CONSERVATIVES.

The US is the only country with the same dumb parties since the mid-1800s.

The system requires people to indulge in strategic (i.e. sophisticated voting). Even systems with FPTP voting have more than two parties - Canada and the UK. And note too that Canada’s PC party (the founding party of the country) went out of business federally 15 years ago. Canada has Liberals, Conservatives, New Democrats (social democrats) BQs and Greens.

You don’t fit neatly into one party or the other because no one does.

You don’t fit neatly into one party or the other because no one does.

Agreed, but fighting this is a big challenge…

The present U.S. parties may not have changed in name for a long time, but there is absolutely no question but that they’ve radically transformed in terms of policy since the Civil War.

There’s also a dearth of evidence to suggest that the typical parliamentary system produces better politicians or political leaders than the U.S. system. They should, but yet some real clowns and some terrifically horrible leaders have risen to prominence or power in major western democracies over a 150+ year time frame. And any number of parliamentary systems have failed during that time.

Parliamentary systems do tend to have more representation from minor parties, although for the most part the minor parties don’t get to do much more than warm a few seats. Those parliamentary systems that empower minor parties can end up subverting democracy and effective governance, as evidenced by Israel in which the system is so distorted that the party that wins the most seats may not even be given the first opportunity to form a government.

I’m surprised that you don’t know any of that.

The present U.S. parties may not have changed in name for a long time, but there is absolutely no question but that they’ve radically transformed in terms of policy since the Civil War.

Is this where you tell us that it was the Democrats who freed the slaves?

If you disagree with this, you must be a fucking ■■■■■■■■■■■■■ shill or a maga retard, who is ready to sacrifice all of his values for his retarded orange potato

Started off so well only to end as a progressive liberal.

I worked for everything I own, never sucked off taxpayers, never believed I am owed for simply existing, paid a lot of dues; but always knew, LIFE AIN’T FAIR. I guess that makes me a Conservative. Republican, I cannot say; but definitely not a Democrat. But I still want my reparations from England for the enslavement of my Irish ancestors. So Buckwheat, get in line.

My political persuasion is, I’m fed up with all of the bullshit. I view both parties as one in the same. The only difference is one party has talking points that sound better to me than the other party, they both behave exactly the same way and neither of the parties get anything done. At this stage, I’m pretty sure our founders wanted us out in the streets with torches and pitchforks.

I believe that all of us should have equal rights regardless of who or what we are, but don’t throw your lifestyle in my face.
If a country wants U.S. foreign aid, they should be required to put up collateral just like a loan with a required payback period.
If country has civil war or is invaded we should only supply them arms and training unless they are direct threat to the U.S…
There should be one simplified tax system regardless of income. Congress should be required to be in session 7 days a week if necessary to pass meaningful legislation, when they attempt to delay votes or add meaningless amendments. Reps should have 4yr terms instead of 2.
The Federal Government should eliminate duplicate and excess agencies.
Money in excess of the budget should be returned to the states.

The Super Rich need to be punished. The ones that are so rich, that they influence public policy. We can do it humanely. But it’s obvious that we don’t have not a single fucking Ally up there in the top.

Aside from using a double negative, you generalization regarding the super rich is still fucked up.

It takes a simple search to find where billionaires give billions to charities every year. Warren Buffet has given away over $46 billion since 2000.

If billionaires are not allowed to make billions, they can’t give away billions. You would rather confiscate their money and dole it out the welfare leeches in exchange for their votes. 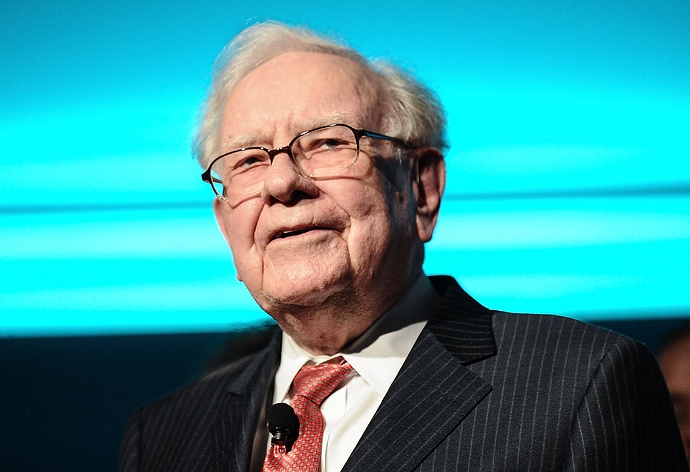 Warren Buffett is the most charitable billionaire

The billionaire has given away more than $46 billion since 2000. 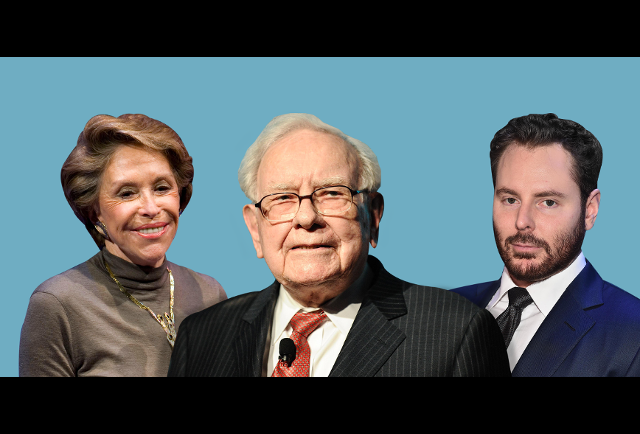 America’s Top Givers: The 50 Philanthropists that Gave the Most in 2018

The ranking of the 50 biggest givers in America, based solely on money given out, not pledged, in 2018.

If billionaires are not allowed to make billions, they can’t give away billions. You would rather confiscate their money and dole it out the welfare leeches in exchange for their votes.

And think about this. You contribute say $2.00 in a tax. By the time it winds its way through the bureaucracy the recipient gets maybe ten cents.

Highway funds are the prefect example.

The federal government collects a gas tax. They talk a cut and send money to the states. They take a cut and sent it to the local level who takes a cut and contracts out the work.

And people wonder why we have 23 trillion in debt.

I call myself a Left-leaning Liberal Centrist. I voted for Obama and Trump, and I think both have done a good job. To summarize my political beliefs, I believe in pragmatic Capitalism with some government intervention for things like welfare programs, while being driven by individualism over collectivism.

I pretty much agree with everything you said!

I’m so right-wing I’d make Attila the Hun seem like a peacemaker.

Interesting replies, and I believe not too different from the atiitude of most Americans.

On some other political forums, I’ve noticed that about half, or more, of the self-described conservatives are also admirers of Major Gabbard.

And my own very conservative relatives in Texas, with a lot of military service in the family, are no longer reflexive supporters of our interventions abroad.

I believe the way is open, objectively, for some sort of massive realignment in American politics, and the emergence of a common-sense liberal-conservative political party – one which is much less interventionist, much more protectionist, more aligned to the trade unions than the Republicans but less so than the Democrats are, not unsympathetic to sensible, limited, safety-net, hand-up not hand-out, ‘conservative welfare state’ measures. And far less keen to force everyone to pay obeisance to the LBGT agenda, while practicing tolerance for acts between consenting adults.

However, there are huge obstacles to the emergence of such a party.

So we’ll probably have a civil war instead.