What an irony! This comes from Russia

Trump did not concede (Forget what your beloved TV set tells you). He is still the President, he has a lot of trump cards in his sleeve, almost 2 weeks before the inaugural! What the average, run of the mill Americans thought about Russia is totally wrong.

Russia is the ultimate friend of Christian America.

That’s why the enemy of Christianity tried so hard to KILL the soul of Russia for 70 years.

Below translation by Google Translate:
How much will come out! Trump did not reveal the name to whom he is transferring power! Alarmists, drink cognac early, but keep your fists for Trump. And believe in it. He is on the side of the Light forces. Now all the traitors, even those he might not have suspected, have shown themselves. This is just the beginning of our struggle to make America great again! This weekend, President Trump is heading to Camp David. On January 6, Washington, D.C. hosted a large event that brought together a multitude of Trump supporters, about 3 million, to support the president. Mike Pence was expected to oppose electoral votes from disputed states that would lead to Trump’s victory as many states then were going to certify the fact of falsification of the voting results. Pence couldn’t do it. Antifa members disguised themselves as Trump supporters and stormed the building. They wore MAGA caps backwards.
BLM members attacked Trump supporters at a rally. President Donald Trump issued a statement through White House Deputy Chief of Staff Dan Scavino as he is currently barred from accessing Twitter, Facebook and Instagram. Lin Wood wrote on Parler: “Time to take a break … I had to stay awake to watch the greatest theft attempt in history complete. Now this is a perfect crime. Many traitors will be arrested and imprisoned over the next few days. ”To close all these traitors, crooks and pedophiles behind bars, it was important to let them END the crime they started. Senate Minority Leader Chuck Schumer urges Vice President Pence to immediately apply 25th Amendment and remove Trump. 17 Democrats in the House of Representatives are asking Pence to apply the 25th Amendment to remove Trump from office. Pence opposed the 25th Amendment and Trump’s removal. Veteran Ashley Babbitt is fatally injured during the events in the Capitol. Note that the shot was fired on purpose, it was not necessary. At the moment, the identity of the shooter is being established, although they already know who did it.

Excellent post with a good summation. Going to Camp David is significant.

I don’t know about you Didge. Go ahead and cling to your hope. I just don’t know what we’re going to do for you when reality sinks…IN.

America never learned a lesson from Russia.
(Of course not. It’s not being taught. The media and education are in the hands of the enemy) 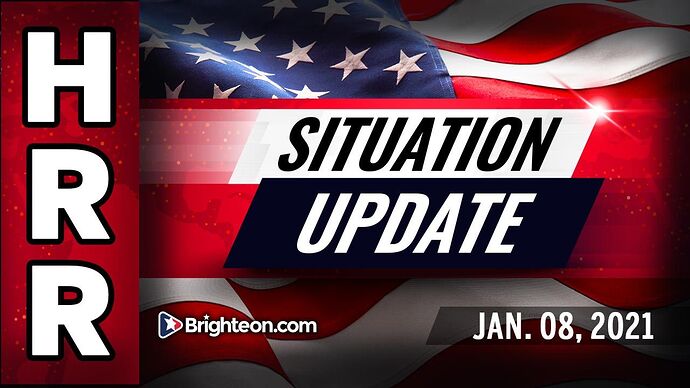 Transition to a new administration (by Trump without Pence)

This is why The Swamp wants to have the 25th Amendment and/or Impeach him before January 20th, they are scared shitless of what he might do in two weeks.

Never liked Pence, never trusted him, always though when the SHTF he would stab Trump in the back. I actually advocated in 2018 that for 2020 Trump should dump Pence and replace him with someone like Kris Kobach, Kobach is another who the GOP Establishment Swamp HATE.

The first Trump term (2016-2020) was a compromise with the Deep State. Probably the deal dictated that Pence be his vice.

Now, Trump is rid of Pence and free to act!

Now, Trump is rid of Pence and free to act!

Except one little problem…
He has no presidency, no second term. He’s going home an impeached president, banned from the big 3 SMN’s, and the shame of his own party dropping his ass in the grease, some of them even saying he should resign or be impeached again…

Did you see the video message he put out telling his supporters ransacking the capital to go home, he loves them, but we need peace now, or how about the one where he tells them they’re criminals and will be prosecuted…you know, the ones that some here say wasn’t even him…

Yeah, he’s twisted off and should be kept away from anything important…

banned from the big 3 SMN’s

That’s a positive sign.
They are evil, run by the ilk of George Soros.

Russians know that from experience.

the shame of his own party

Goes to show how corrupt the GOP is.

You damn straight it is… 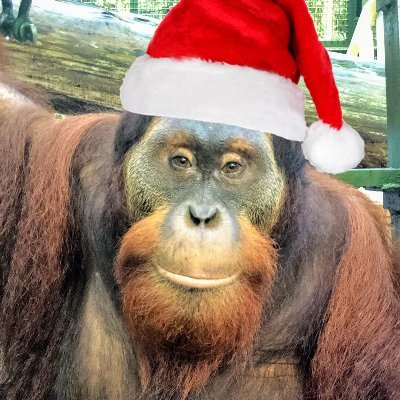 Trump did not encourage any violence but the Democrats and RINOs are doing EVERYTHING to encourage violence.

Goes to show how corrupt the GOP is.

The GOP are funded by the same International Globalists that the Democrats are, neither give a shit about America or the people. Their joint bottom line is this:

Flood America with UNLIMITED Third World Scum to destroy America so that it’s reduced by 2030 into a Third World Shit Hole, this again on the orders of their International Globalist Overlords.

It is because of the two above things that is the real reason they have hated Trump from day one because he refused to start New Wars and he was trying to stop the UNLIMITED Third World Scum from getting into America.

The majority knew Q was bullshit from day one, actually Q very probably was being run by the CIA and/or FBI.

Trump did not encourage any violence

It is because of the two above things that is the real reason they have hated Trump from day one because he refused to start New Wars and he was trying to stop the UNLIMITED Third World Scum from getting into America.

That’s false too. Not only has he kept our illegal war in Yemen going that he inherited, pulling out of the JCPOA has allowed Iran to continue enrichment of uranium and they now have 12 times what they had when he pulled out…

Bullshit. When did we start bombing Yemen? That’s Saudi Arabia doing that.

The Iran thing was on the orders of Israel and of course once they USED Trump they spat him out and will now suck up to Biden/Harris until they are not needed anymore.

The International Globalists want war with Russia AND Iran, Trump REFUSED to start actual wars with Russia and Iran, as in carpet bombing them.

Trump has reduced troops in Afghanistan and Syria, now The International Globalists are orgasmic that Biden/Harris will send more American troops to die in those shit holes.

The International Globalists want war with Russia AND Iran, Trump REFUSED to start actual wars with Russia and Iran, as in carpet bombing them.

Absolutely.
Trump and Putin brought about the peace in Syria, wiping out the ISIS paid for by the bad elements in CIA.

It was in the interest of the Zionists to destabilize the whole Middle East.